Ethereum, the second-largest digital asset with the current market value of $14.2 billion, attempted a recovery above $133.00 before retreating below psychological $130.00. The coin has been mostly range-bound during the day after a sell-off late on Friday.

On the intraday charts, ETH/USD recovery is capped by the middle line of 1-hour Bollinger Band currently at $129.60. It is closely followed by psychological $130.00 and SMA50 1-hour at $130.70. Once the price clears this area, the upside momentum is likely to gain traction with the next focus on $131.60 (the upper line of 1-hour Bollinger Band) and $133.30, which is the highest level reached on Saturday.

On the downside, the first support is created by the lower line of 1-hour Bollinger Band at $128.00. Once it is out of the way, the sell-off is likely to gain traction with the next focus on Saturday's low of $125.00 and psychological $120.00 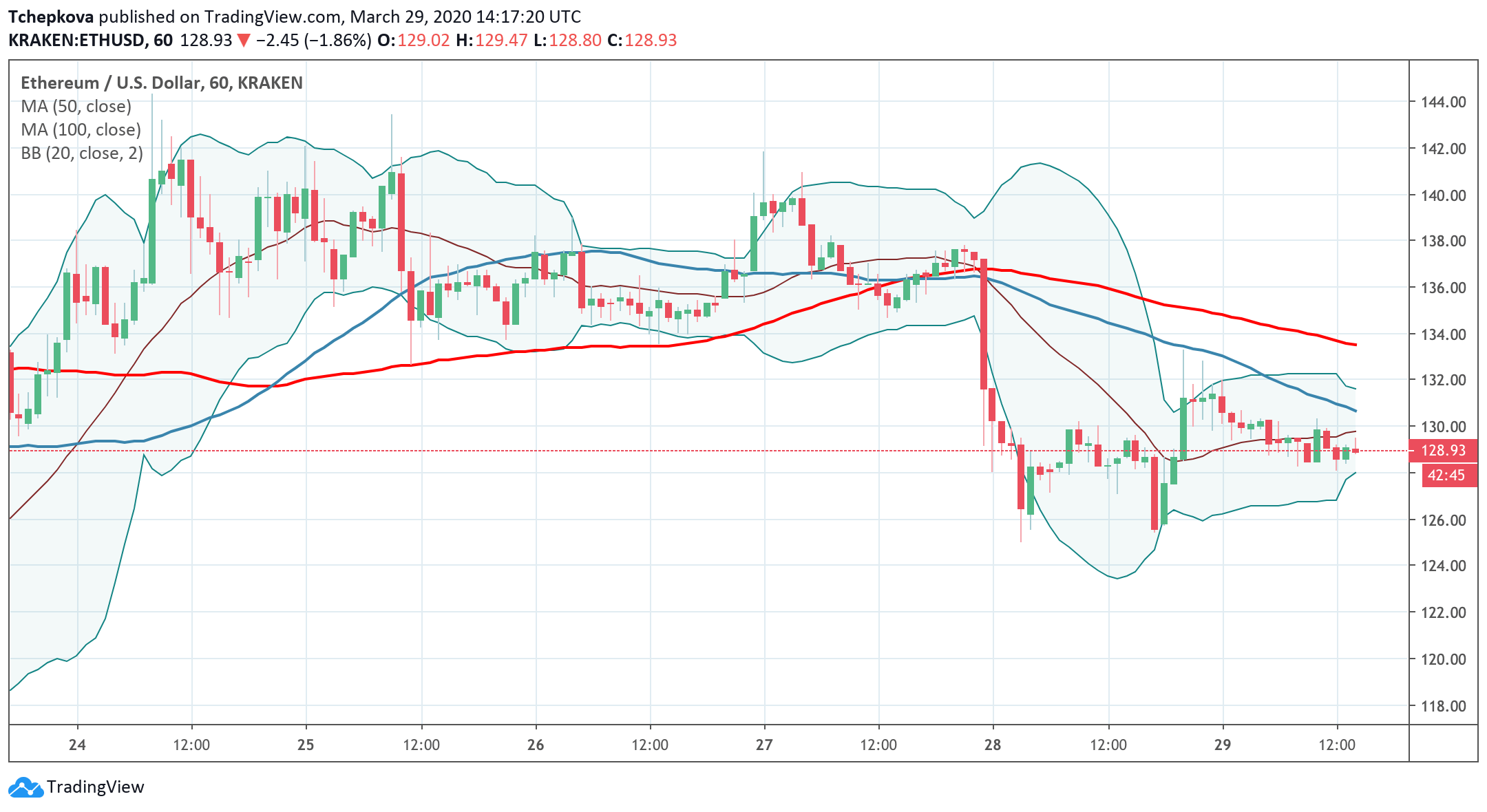 Having failed several attempts to hold the upside above the 9700-mark, Bitcoin (BTC/USD) is consolidating in familiar ranges around 9650 amid quiet trading so far this Sunday. Range play to extend as long as it remains trapped between two key HMAs.