PeckShield, a blockchain security firm, identified a rug pull on a game in the Polygon Network, Dragoma. Dragoma’s website shut down, social media accounts have been deleted, and stolen funds have been deposited to centralized exchanges.

Dragoma’s token DMA was listed on MEXC, a crypto exchange, on August 7. DMA price dropped 99.8% as the project was rugged.

$DMA/USDT will list as a spot trading pair in the Assessment Zone today at 13:00 (UTC) today. @dragoma_club 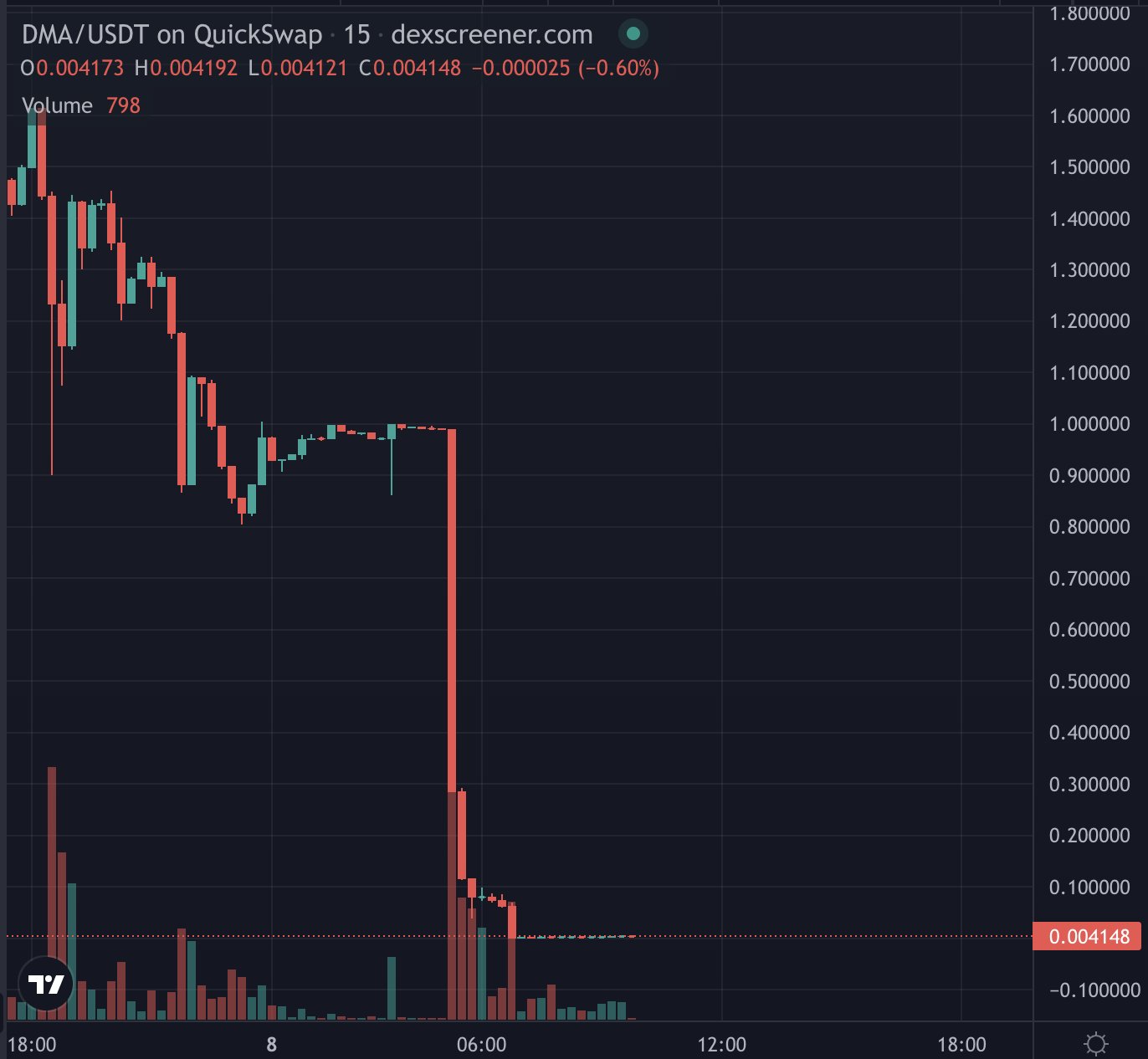 Colin Wu, a Chinese journalist observed that as Dragoma users identified the fraudulent scheme that drained their funds, DMA price declined from $1.8 to $0.004.

Based on data from Polygonscan, stolen funds are being sent to centralized exchanges and swapped for other cryptocurrencies.

Dragoma was recently launched on the Polygon network. The official version of the project, APP V1.1 contained three highlights: Dragoma NFT Mint, Burning With MATIC, and Dragoma World Kitbash In Unreal Engine. Ken Graese, the founder of Dragoma, recently told the crypto community that he was intent on changing GameFi and SocialFi as we know it on the Polygon network. 5,756 wallet addresses held Dragoma before the rug pull and got affected by the event.

Polygon Network’s MATIC remained unaffected by the events that unfolded in Dragoma.

Analysts remain bullish on the MATIC price rally, predicting a climb to $1 target. Analysts at InvestingCube believe MATIC price could hit its $1 target within the next few trading sessions. There is a high likelihood that prices will continue rising and hit resistance at $1.18. MATIC price could break past $2 level.