Dogecoin price has been on a slow and steady downtrend. However, this correction is undoing its recent gains and is close to converting a crucial support area into a resistance barrier. While the current outlook is bearish, this descent will set up a much-needed bottom reversal pattern, propelling DOGE to nearly double in value.

Dogecoin price rose 38% between September 28 and October 2, slicing through the $0.212 to $0.230 resistance area and flipped it into a support barrier. While this was a bullish development, the altcoin markets started seeing a declining interest among users as rumors of Bitcoin ETF began circulating.

Perhaps capital rotating out of altcoins and into BTC could be the culprit that triggered the ongoing downswing, which led Dogecoin price to correct 18% and is currently trading inside the said barrier. A decisive close below $0.212 will indicate that the bulls are losing, and the chances of extending this retracement are high.

In such a case, Dogecoin price will revisit the September 29 swing low at $0.195, where it has a chance to form a double bottom and reverse the downswing.

A failure to make a comeback here will drag the meme coin down to $0.1789 or a stable demand level at $0.16. Here, Dogecoin price will form a triple bottom setup, signaling that a massive uptrend awaits DOGE holders.

Assuming a similar rally begins, Dogecoin price will slice through the temporary barriers and make a run for the liquidity resting above the September 6 swing high at $0.314. This run-up would constitute a 97% ascent from $0.160. 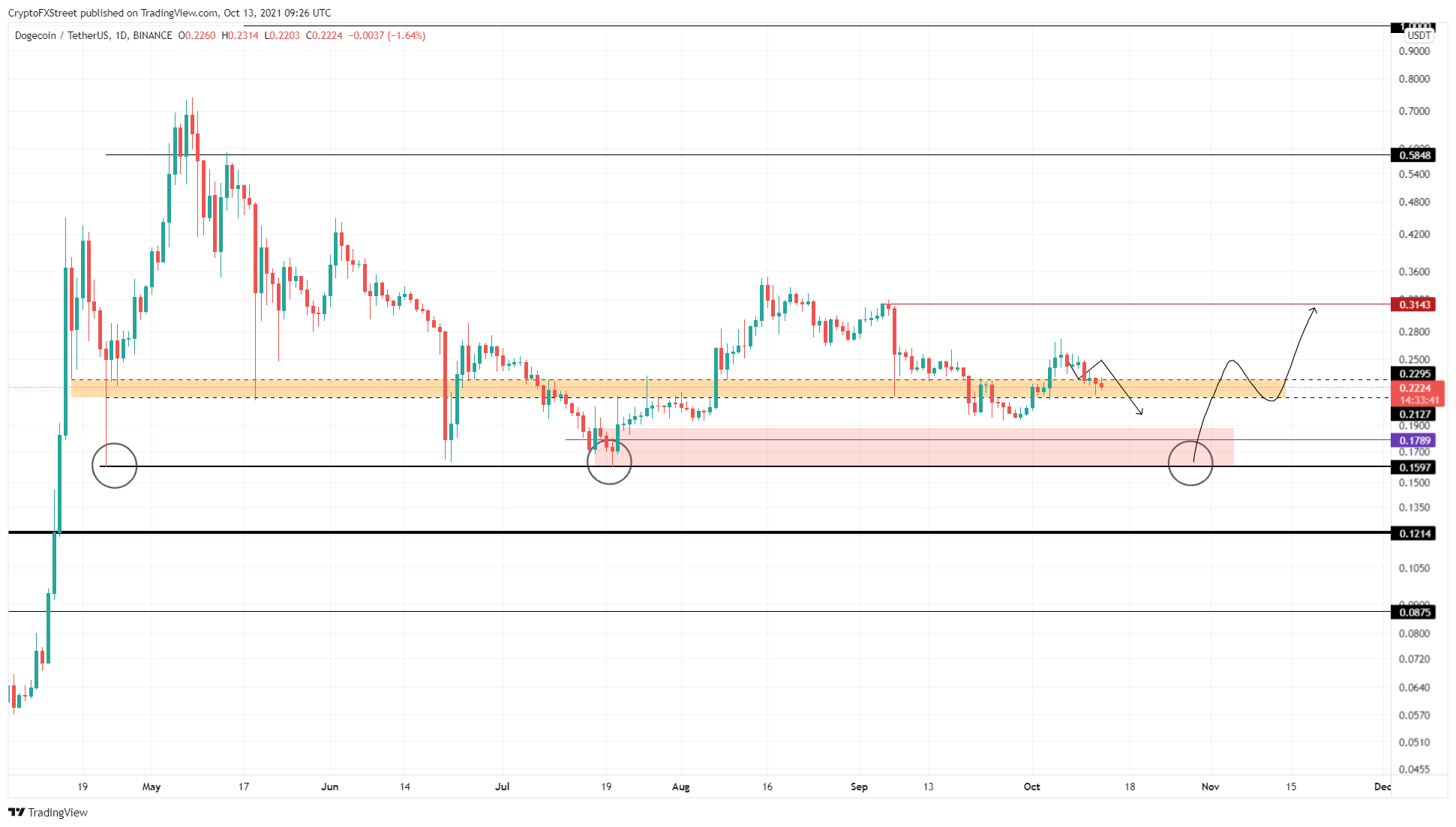 On the other hand, if Dogecoin price fails to defend $0.16, things will turn bearish for the meme coin. Market participants can expect a 25% downswing to drag DOGE down to the nearest support level at $0.121.