Bitcoin (BTC) is paralyzed in the middle of $8,200-$8,300 range. The first digital coin attempted a recovery above $8,300 on Monday, but the gains proved to be unsustainable so far.  We will need to witness a breakthrough outside of the range to inspire trading activity on the market.

During early Tuesday hours, BTC/USD  tried to develop an upside momentum but stopped short of the upper boundary of the channel at $8,300. Bulls' inability to push the price above the resistance area bodes ill for the near-term forecasts and implies that the coin may be vulnerable to further losses with the initial aim at psychological $8,000. 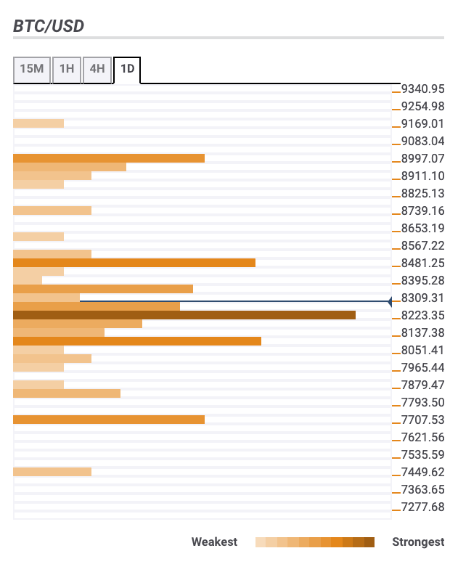 Ethereum market update: ETH/USD slips back inside the range, $180.00 still out of reach

ETH/USD hit $178.28 on Monday and retreated to $174.57 by press time. The second-largest coin is moving inside a tight range amid slow trading activity in sync with the market.

Ethereum’s market value is registered at $18.9. The coin has stayed mostly unchanged both on a day-to-day basis and since the beginning of Tuesday.