Here's what you need to know on

BTC/USD has been hovering around $6,900, having lost over 6 % since this time on Sunday. BTC hit the intraday high at $5,683, but managed to regain the ground. Now it is moving within a short-term bullish trend amid shrinking volatility.

ETH/USD has settled at $124.50, off the Asian low of $119.36. The coin has dropped by nearly 8% on a day-to-day basis, oscillating in sync with the market. Now ETH/USD is moving within a bullish trend amid expanding volatility.

Chart of the day:

Bitcoin futures on BitMEX are traded with a discount to other derivatives exchanges. While the reasons behind the gap are not clear, the cryptocurrency community accused the trading platform of the recent Bitcoin collapse. According to Alameda Research, the technical issues on the platform triggered the reaction that brought BTC to $3,700 in a matter of hours.

The economic crisis caused by a combination of an oil price war and consequences of coronavirus outbreak will support Bitcoins as it will serve as a hedge against the shocks, according to Philip Salter, head of operations at Genesis Mining. While the recent Bitcoin price fluctuations left people in doubt, Salter is sure that Bitcoin is the new gold. He said in the interview to Cointelegraph:

If this economic crisis is contained, then it will not have major implications for Bitcoin. However, if there is a real collapse, then the interest in Bitcoin will explode. It will go back to being seen as a hedge against the banking system. The more skepticism people will have in the old economy, the more they will flock to Bitcoin.

The cryptocurrency exchange Bitfinex plans to delist 87 trading pairs starting from March 26. Some of the coins are rather popular, like Bancor (BNT), Request (REQ), Polymath (POY), Storj (STJ), QASH (QSH), Zilliqa (ZIL). However, the trading platform decided to exclude their pairs with BTC. Some ETH-pairs with other popular tokens like Decentraland (MANA) and Qtum (QTM) will be also delisted. The industry cheered the move. The experts believe that the industry needs to be purged from tons of illiquid coins.

The averaged daily block time for Bitcoin increased by 60% as miners were forced to unplug their equipment to stop losing money. According to Ankit Chiplunkar from Token Analyst, Bitcoin's 50% price collapse triggered a domino effect in the Bitcoin's ecosystem. Meanwhile, the hash rate of the world's leading cryptocurrency dropped to 82.28 EH/s by March 20, which is a clear signal that miners are taking the equipment down. Chiplunkar believes that they are pressured by price decrease and growing block time. These factors cost them a pretty penny.

A legendary investor and venture capitalist Tim Draper visited India after the Supreme Court lifted the cryptocurrency ban. He met with the local entrepreneurs, developers and project founders and discussed the development of the local industry. He believes that the ban might have been harmful for the technological development of the country. Speaking to the local media outlet he said:

The Supreme Court of India and the Indian government have shown that the best ideas ultimately prevail, and just in time, because the benefits of Bitcoin and crypto over current systems will become apparent during this crisis.

Quote of the day:

We are experiencing what may be the worst pandemic of money printing in the history of the world. Concurrently, we are also experiencing what is actually a relatively minor infectious disease by historical standards.

Stellar: On its way to a 35% fall as technicals scream sell

A key indicator has presented a long-term sell signal for Stellar price. Stellar doesn't have a lot of support on the way down. 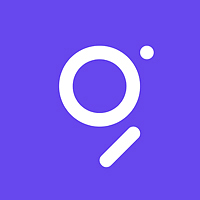 TheGraph price is contained inside a parallel channel on the 4-hour chart. A key indicator has just presented a sell signal for GRT.

Chainlink: Will aim for new all-time highs if it holds this critical level

Chainlink price must stay above a key support level for a chance to new all-time highs. The digital asset faces weak resistance ahead according to various metrics.