Cardano price was on a steep downtrend after the September 2 swing high. However, this correction resulted in a bullish technical formation. ADA broke out of this pattern on September 23 but has failed to restart a bull rally so far.

Cardano price rose 11% after it sliced through the ascending parallel channel’s upper trend line. While this rally pierced the $2.39 resistance level, the bulls failed to sustain the flight, leading to a 17% downswing.

Here, ADA consolidated for a while and popped off as it rose 15%. However, the buyers seem exhausted as the so-called “Ethereum killer” is coiling up even before it retests the $2.39 supply barrier.

Assuming ADA price gets the boost to shatter $2.39, it will have to face the 50% Fibonacci retracement level at $2.51. Beyond this barrier, Cardano price will encounter the high probability reversal zone, ranging from $2.65 to $2.86.

If ADA continues to shatter these barriers, the market makers will likely target the buy stop liquidity resting above September 11 swing high at $2.75.

Therefore, the bulls are in for a 15% climb infested with hurdles, making this uptrend a high resistance liquidity run. 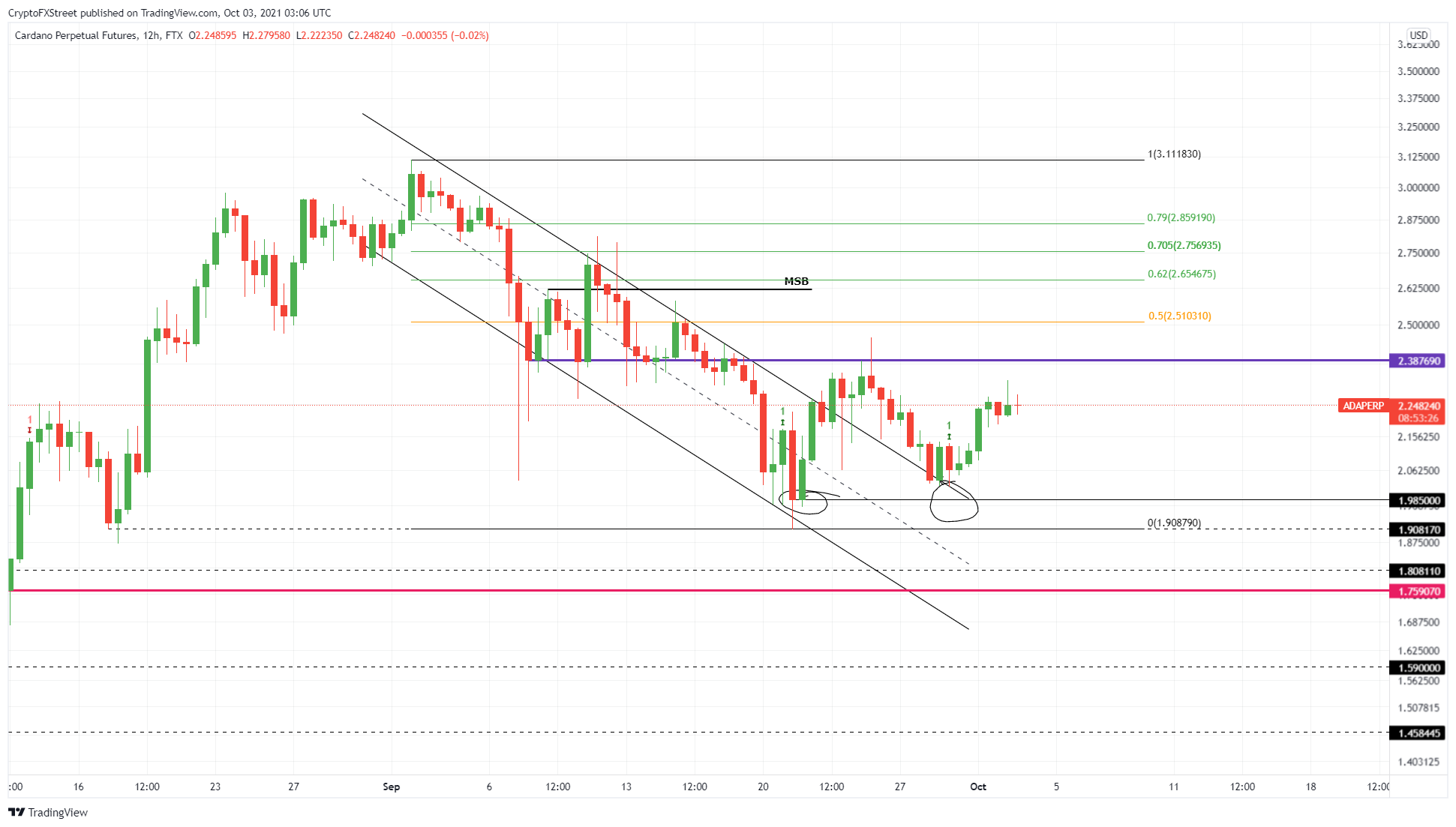 On the other hand, if Cardano price fails to shatter the $2.39 resistance level, it will indicate a weakness among buyers and could likely result in a 15% downswing to the $1.98 support floor.

However, a breakdown of the $1.91 demand level will invalidate the bullish thesis and trigger a downswing to $1.81 or $1.76.