Bitcoin (BTC) is stuck in a consolidation phase after a volatile May. A near 13% rise on Wednesday was short-lived as buyers took profit. There is strong resistance near $40,000 despite oversold readings on the daily chart.

Bitcoin registered a series of lower price highs over the past two weeks, although buyers have defended support around $34,000 and $30,000.

The cryptocurrency was trading around $37,500 at press time. 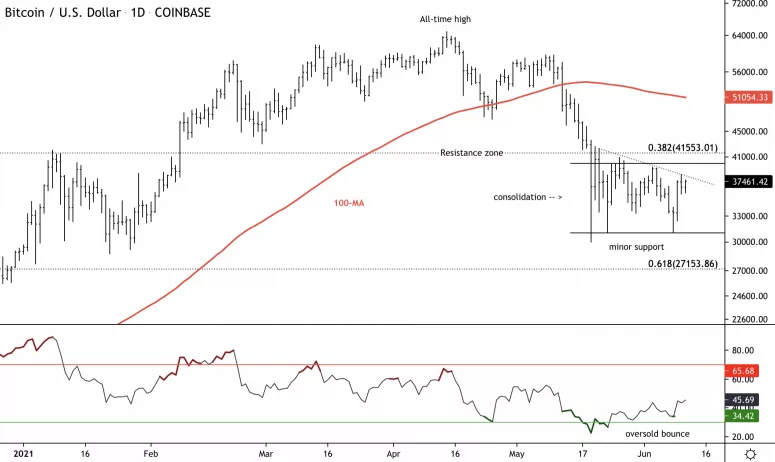