Bitcoin has outperformed many traditional assets in the first quarter of 2021, as institutional investors have flocked to the cryptocurrency as a hedge against inflation.

The world’s largest cryptocurrency has witnessed a parabolic price run in the past few months, as many governments worldwide have been easing the effects of the pandemic with new fiscal stimulus packages.

The leading digital currency has recorded a 101% return in Q1 of 2021, outperforming traditional investments like oil, the Dow Jones, the S&P 500 and the Nasdaq.

Institutional investors have embraced the new asset class as MicroStrategy continued on its Bitcoin buying spree, scooping up another $15 million in Bitcoin. On the other side of the world, Hong Kong-listed company Meitu also bought the dip, purchasing $10 million in Bitcoin last week.

Bitcoin’s price action seems to be favoring the bulls, as its price has rallied toward $61,000 over the weekend, despite having consolidated slightly in the $59,700 range at the time of writing.

Despite Bitcoin being rejected multiple times around the $61,000 region, trader Byzantine General proposed a few factors that suggest Bitcoin has yet to see its cycle top.

The futures market has been influencing the Bitcoin price, as the funding rate has remained high. Traders who have committed to long positions have less incentive to hold, and bets on Bitcoin’s price to increase have been “crowded.”

While a lot of the Bitcoin demand comes from the Grayscale Bitcoin Trust, holdings have flattened out in the past few months and have continued on a decline in March. While the fund is currently closed, there is no buying from one of the main drivers of demand in the space.

However, Grayscale will release a large amount of BTC locked in its product in April, which could create a higher demand for Bitcoin.

Glassnode co-founder Rafael Schultze-Kraft found that old hands are extremely strong, indicating that HODLers are showing conviction and have confidence in the leading cryptocurrency.

Behavioral analytics firm Santiment recorded an increase in the number of Bitcoin whales – holders of more than 100,000 BTC. Whale addresses have increased from 0.76% from 11 weeks ago to 2.2% on April 11. In contrast, addresses with 1,000 to 100,000 Bitcoin have been in decline.

Retail mania is not here yet

According to Byzantine General, Google search volume suggests that the Bitcoin rally was not driven by the retail market. Although search volume for the leading cryptocurrency is high, they are not back at all-time high levels.

Further, web traffic to exchanges has been increasing as well, but not at all-time high levels. With institutional demand continuing to grow, this bull run could be a lot different from the one seen in 2017.

The trader expects the leading cryptocurrency's price to rally higher, suggesting that Bitcoin at the $60,000 level would not be a cycle top. Interestingly, he suggests this bull run could be different from the usual 4-year cycle structure.

Ethereum to consolidate after setting up record levels above $3,000

Polygon on the cusp of colossal 60% upswing

MATIC had a massive rally in the last two weeks, hitting a new all-time high at $0.94. The digital asset has been trading sideways since then and it’s on the verge of a new leg up. 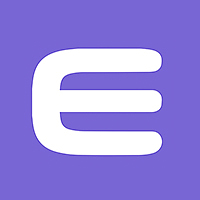 Enjin Coin price crashed 13% over the past 12 hours but found support around $2.37. On-chain metrics reveal opposing views for ENJ, hinting at a continuation of consolidation. The bullish thesis will face invalidation upon the breakdown of the demand barrier at $2.19.