The first female president or the first evangelical one? Democratic Senator Kamala Harris and Vice President Mike Pence are vying to be by elderly presidents in the age of COVID-19, raising the stakes for their single VP-debate.

The challenger, a mixed-race Californian woman, and the incumbent, a devout Mid-Western man, come from considerably different worlds. It is also safe to assume a stark difference between the pair's debate and the chaotic one between President Donald Trump and Vice President Joe Biden.

Apart from standing further away from each other – given Pence's proximity to Trump and other people who tested positive to coronavirus – the two VP candidates will likely hold a more civilized argument over the topics at stake. Americans are interested in coronavirus, the economy, and race relations, in this order.

Harris may win on health

Harris, who garnered national attention by raising tough questions in Senate hearings, will likely criticize the Trump's administration's mishandling of coronavirus. Pence heads the task force for the disease, making it easier to tie him to his boss.

The president received the best public care for his illness regardless of existing conditions – a critical provision of Obamacare which Republicans want to repeal without offering a replacement. When asked about a new health plan in the presidential debate, Trump attacked the moderator.

Democrats enjoyed a "blue wave" – or sweeping victory – in the 2018 mid-term House elections by focusing on healthcare – and Harris has an even stronger case as millions are losing their insurance alongside their jobs. Unless Pence surprises with a GOP plan, he would likely lose the topic on both the mounting death toll from COVID-19 and a lack of any health care program.

However, he could win on the next two topics – thanks to perceptions.

Pence may win on the economy and race relations

The economy is the only issue where Trump is either tied or leading Biden – contrary to the generally negative view of his performance. The notion that Republicans are better than Democrats in running the economy is anachronistic – owing to a quick increase in output during Ronald Reagan's years. Since then, GOP leaders underperformed Dems and that applies to Trump vs. his predecessor Barrack Obama – when looking at the businessman's years before the virus. 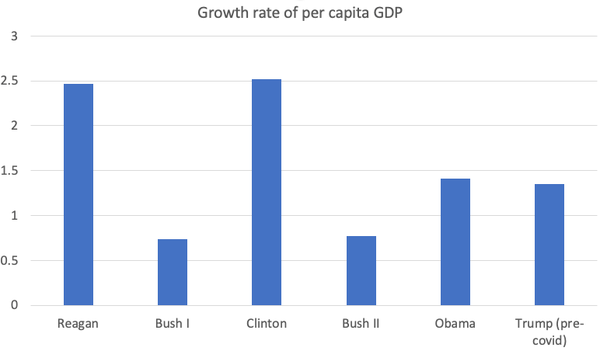 Trump's tax cuts did not prompt more investment, nor did they change the trajectory of jobs or growth. Nevertheless, Trump succeeded in convincing half of the public that he is at least doing a satisfactory job on the economy – the same as he did on "The Apprentice" without ever showing he is a successful businessman.

The president's tax returns, as published by the New York Times, showed he paid only $750 in federal taxes in 2016 and 2017 – at best he's not a failed executive but "only" a tax evader. While the president cried "fake news," he never published the returns to prove otherwise.

However, Pence may be able to distance himself from his boss and paint a rosier picture of a recovering economy, especially given the public perception and signs of recovery.

On the third topic of race relations, the Vice President may do an even better job. Pence is a calm debater and has not been caught making demeaning remarks. By just being nice to a woman of mixed race – he would already be far better than Trump. In turn, that would earn him points with Republicans who are reluctant to vote for the inflammatory president.

The doubts that some right-wing members have raised over Harris' eligibility to run – echoing the racist Birtherism movement Trump championed against Obama – will likely be unequivocally disavowed by Pence. The bar is low the VP against his challenger on that field.

Harris has reportedly trained for the debate with Pete Buttigieg, Pence's neighbor from Indiana. Is she able to adapt her style and succeed in scoring points in a "Mid-Western nice" manner? That is still to be seen.

State of the race

Recent polls published after the presidential debate and some after Trump's coronavirus disease, have shown Biden expanding his lead. The former VP has an 82% chance of winning according to FiveThirtyEight, whose model is based on state polls. That is the highest yet.

The Economist's model put Trump's odds of winning at only 10% while RealClearPolitics' national polling margin has broadened to 9.2% at the time of writing.

The race has been remarkably stable so far, especially in comparison to 2016's accordion-like poll swings. That implies that a mean-reversion to a tighter race could replace the current wider lead for Biden – and a successful Pence performance could trigger that.

Investors tend to prefer Republican presidents – not on economic stewardship, but on business-friendliness such as tax cuts. However, with the country and the world still reeling from the virus, markets want a clear result and more stimulus.

Recent surveys raised the chances of a landslide Democratic sweep – full control of all levers of power that would allow for spending. If Pence succeeds in narrowing the gap, investors could wind down such expectations. A retreat in stocks would be accompanied by an increase in the US dollar.

In the unlikely scenario that Harris overwhelms Pence – or that the debate is canceled altogether – equities would have room to rise and the dollar could fall.

The president and his rival's old age raises the stakes and interest in the VP debate. While Harris may win on health, prosecuting the calm VP on the economy and race relations will likely end with a win for Pence, narrowing Biden's large lead against Trump and adding to uncertainty which markets dislike.

EUR/USD has hit new two-month highs above 1.1940 as the dollar resumes its decline. Optimism about the US transition and covid vaccines is weighing on the safe-haven dollar.

GBP/USD falls toward 1.33 amid Brexit acrimony

GBP/USD is falling toward 1.33 as both the EU and the UK are busy blaming each other for an impasse in Brexit talks. The thorny issues remain fisheries, governance and setting a level playing field.

XAU/USD attempting to bounce up from $1,775 low

Dollar offered ahead of the weekend