The dollar remains under pressure after a third negative session ended last week with a run of candlesticks beginning to find corrective traction in the roll over on USD/JPY. Failing under the resistance of the medium term pivot at 109.00, the bulls have taken a step back. The question is whether this is a drift back that becomes a chance to buy for renewed pressure on 109.00, or whether it is the beginning of a deeper corrective move within what would be the scope of a six week trading band. Losing the breakout support at 108.50 on a consistent basis would be a blow for the bulls, but the hourly chart shows there is a higher low support at 108.00 which if lost would signify a bigger swing lower. The daily Stochastics have rolled over (but no confirmed sell signal yet) and the RSI is back under 60, so there is certainly a waning of momentum. The hourly chart also shows how previously positive configuration is now beginning to look at best neutral but could be taking on more of a corrective look if 108.00 support were to be breached. The hourly RSI consistently under 60 would add to growing negative momentum. Friday’s high of 108.70 could also now be a lower high under 108.95. 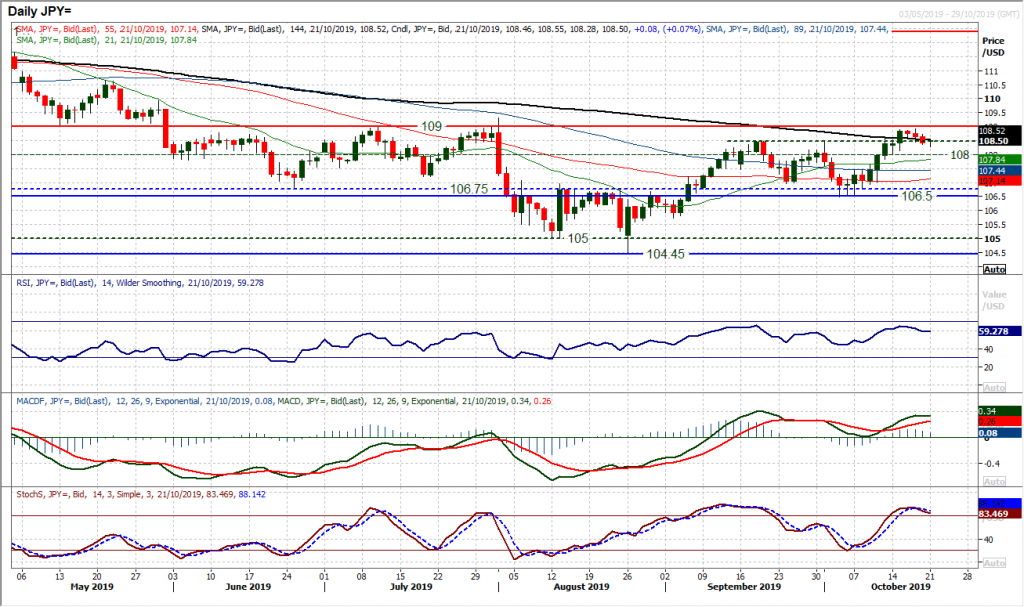 EUR/USD extends the advance above 1.1150, hitting fresh three-month highs amid relentless US dollar selling and the upbeat market mood. The focus remains on the Eurozone/ US PMIs.

GBP/USD climbs back above 1.2400 as the US dollar sees a fresh leg lower in early Europe. Calls of further help to British employees add to the upside momentum. The UK/US PMIs eyed ahead of Tuesday's Brexit talks.