Yesterday’s signals were not triggered, as there was no bullish price action at 1.3150.

Trades must be taken before 5pm New York time Thursday.

I wrote yesterday that we had no trend and the bearish channel had been invalidated. Between seeing 1.3150 as potential support and 1.3242 as good resistance, I thought it was probably wise to step aside from this pair over the next few hours. This was a good call as the price has bounced around without respecting any key levels it met.

Yesterday’s Canadian inflation data came in slightly lower than expected, but this had little effect upon the price. Technically you can say there is still something of a bearish trend with the price held down by a bearish trend line, but it is no longer a channel and there is a double bottom at about 1.3120. The resistance at 1.3204 is looking attractive as we have there a confluence of a flipped horizontal level, the surviving bearish trend line, and the round number at 1.3200 – I would take a bearish bias if we get a bearish rejection there later. 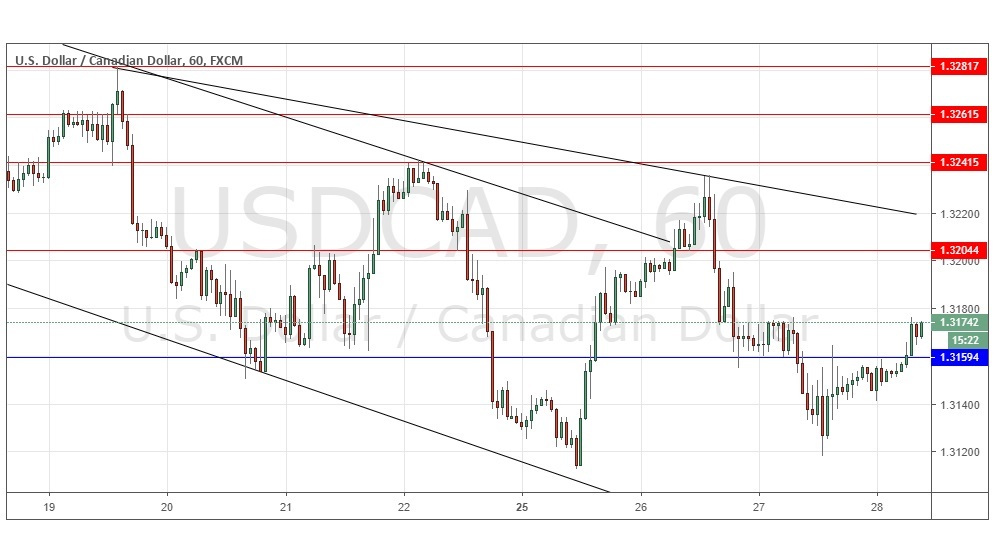 There is nothing of high importance due today concerning the CAD. Regarding the USD, there will be a release of Advance GDP data at 1:30pm London time.