The US House of Representatives released details of the tax cut plan Thursday and the market reaction showed a confused market. The commodity currencies were the top performers while the pound lagged after the BOE rate hike was accompanied with downward revisions in growth and inflation. Australian retail sales are up next. 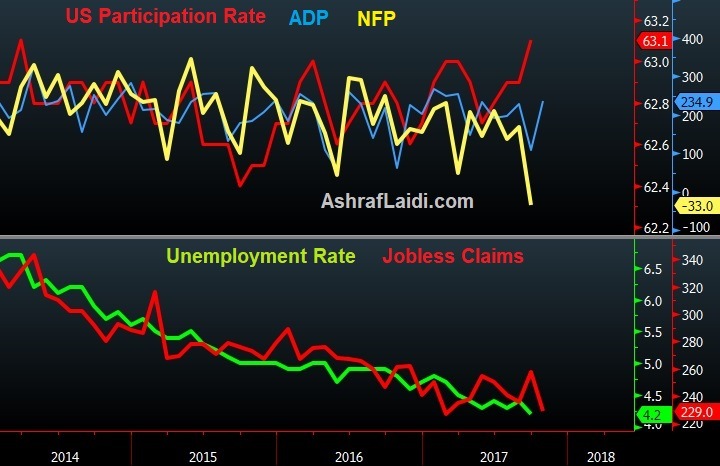 USD/JPY fell more than a half-cent after the tax plan was released but slowly recovered over the remainder of the day. Part of the reason is that stock markets turned around to finish slightly higher after a 13 point dip in the S&P 500 to start the day.

The tax measures are undoubtedly stimulative and it appears as though the corporate tax rate will be cut to 20% immediately and permanently. That's a powerful boost for stocks. On the personal side, lower tax cuts are partly balanced by the elimination of deductions so economic gains might not be as robust.

On the question of whether it will pass, that likely depends on impending changes. Given some of the reaction, however, Trump's timeline of passing it before month-end is overly ambitions.

The trade may be to watch the bond market. Ten-year yields continue to flirt with 2.40% but have backed away, including a 2.5 bps dip to 2.35% on Thursday. The ebb and flow of the plan and various breaks are going to cause major volatility in the weeks ahead.

One thing that won't be causing further volatility is the Fed chair decision. Powell was introduced as the new leader on what was a telegraphed decision in the end.

The BOE stance is far less certain. The guidance was that future hikes will be limited and gradual. That sent cable more than 180 pips lower on the day. The pair is currently testing the Oct low of 1.3027 and that will be a key level into the weekend.

Looking ahead, the next event is Australian retail sales. AUD posted a strong day Thursday but a second consecutive soft reading could undercut the move. The consensus is for a 0.4% increase after a -0.6% reading in August.

In Friday's US jobs report, wages will remain the top market-mover in the non-farm payrolls report, where revisions will be closely scrutinized.