Market Recap: Markets were mixed yesterday as bond yields continued to plunge around the world. Recession worries have mounted and investors flocked to the safe haven assets once again. The good news is that Emerging Markets moved up 0.67% yesterday (EEM) and the VIX dropped over -4% despite the choppy trading. The S&P 500 (IVV) closed higher by 0.26%. 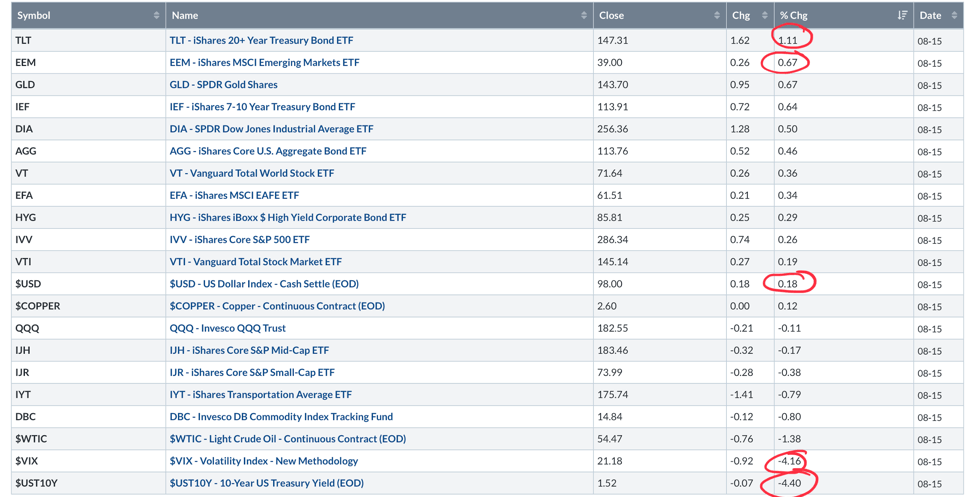 Economic Update: We had a busy day from an economic perspective yesterday. The top releases were retail sales and industrial production, which are two of the big four indicators that the NBER observes in their model for determining whether or not we are in a recession. Retail sales were up nicely on a month over month basis, but growth has slowed considerably and is not trending in the right direction. Industrial production declined month over month and is close to contracting year over year. The market tends to track industrial production directionally and this could mean further pain for the broad stock market. 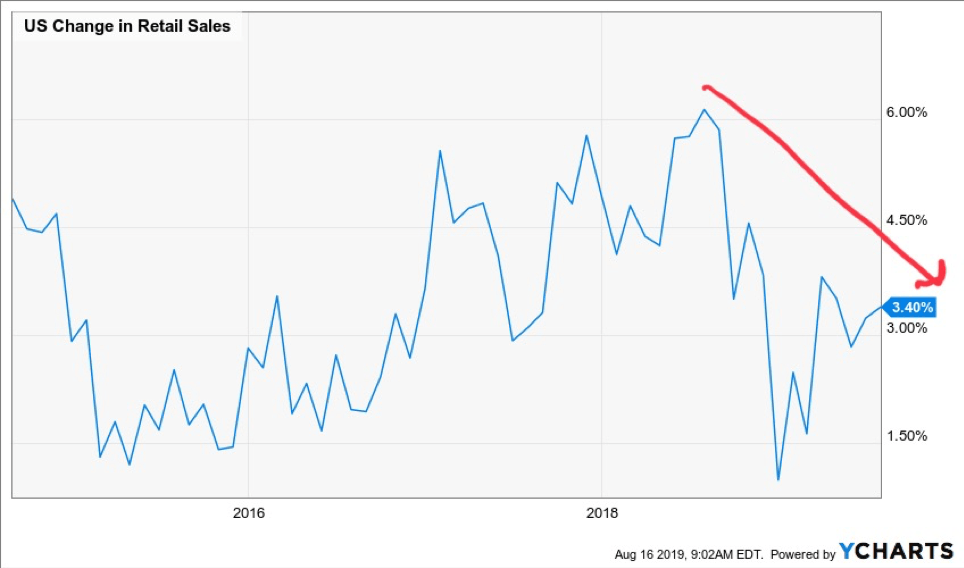 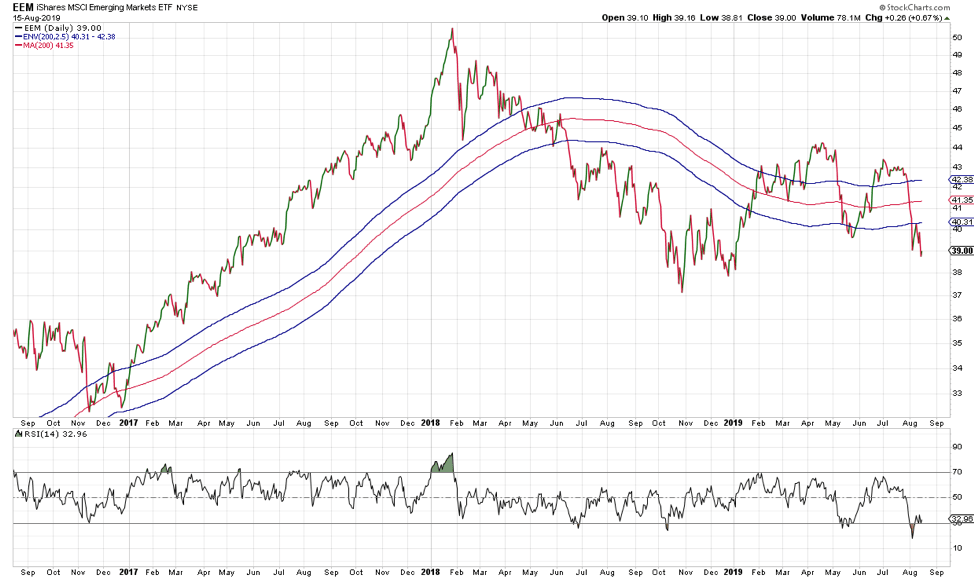 A Bright Spot: High yield bonds have remained strong despite the pullback in equity prices. They remain in a positive trend. Spreads have widened considerably, but that is largely due to the move in Treasury yields and the flight to safety. We are watching closely for a break down in high yield as a potential warning sign for further escalation in equity market volatility. 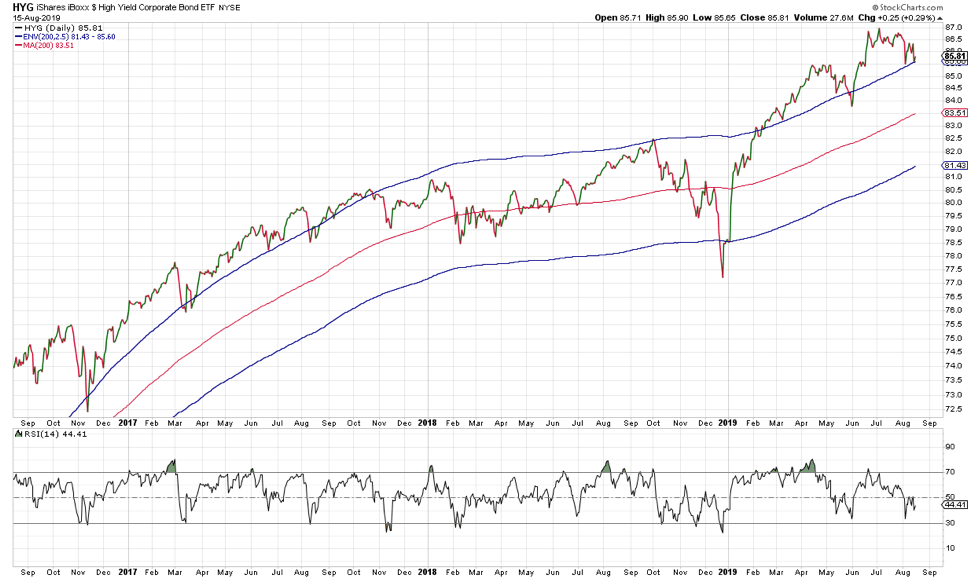 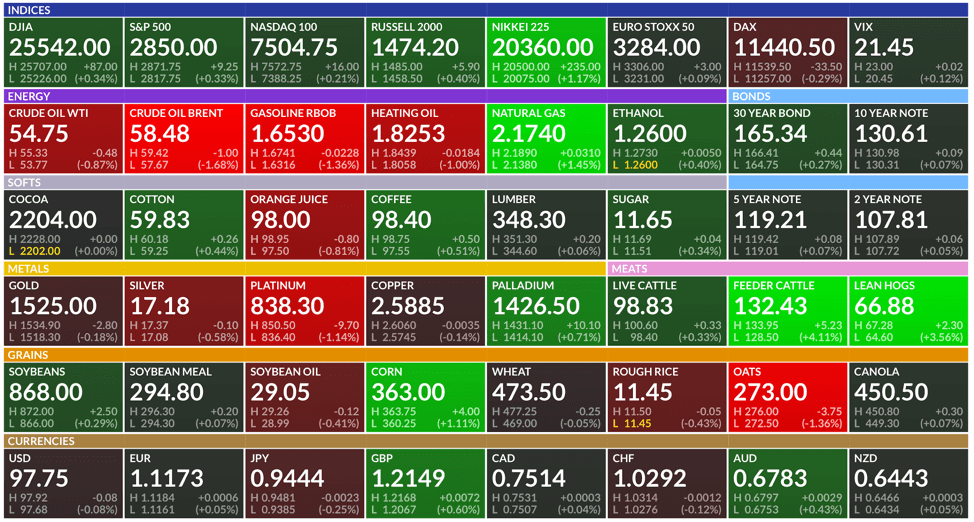 North Korea fired two more projectiles into its eastern sea—extending its most prolific run of tests since President Trump took office. The weapons, probably short-range ballistic missiles, traveled 140 miles, South Korea said. The test appeared consistent with Kim Jong Un's push to demonstrate his ability to hit all of South Korea and parts of Japan with hard-to-intercept rockets. It exceeds the pace of launches in 2017, when Kim's tests prompted Trump to threaten him with "fire and fury." 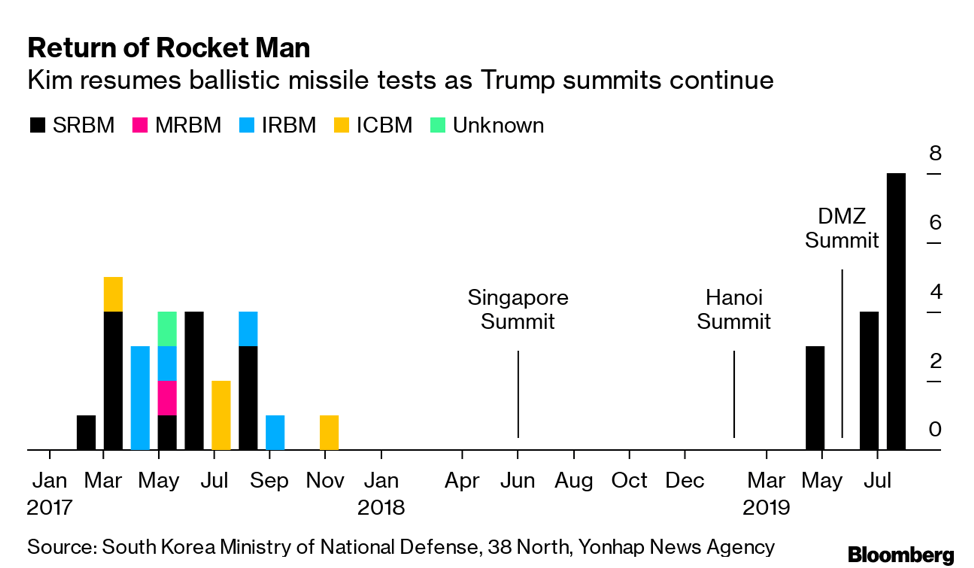 The U.S. is angry with the U.K. after an Iranian tanker accused of hauling oil to Syria was released by a Gibraltar court. The administration threatened sanctions against ports, banks and anyone else who does business with the ship or its crew, officials said. Iran will interpret the action as appeasement.

Trump is alarmed by growing signs of economic distress, the Washington Post reported. He has called some business leaders and financial execs to sound them out—and they gave him a mixed analysis. Within the White House, Trump's advisers deliver upbeat assessments in which they argue the economy is stronger than many forecasters make it out to be.

Cathay Pacific's CEO Rupert Hogg resigned, a week after the airline was rebuked by China for staff involvement in the anti-Beijing protests rocking Hong Kong. The board appointed Augustus Tang as the new chief. Hogg quit as a way of taking responsibility amid recent events, the airline said. Cathay has emerged as the most visible corporate victim of the demonstrations.

A sense of calm returned to global markets. U.S. stock-index futures rallied with European equities, while Treasuries gave back some of their gains, with yields on the 30-year rising back above 2%. A technical glitch delayed trading for some of the biggest stocks on the LSE. The pound led G-10 currency gains, with the yen and gold in retreat. Crude advanced.