GDP data from the BEA, chart by Mish

The BEA's Revision to First-Quarter GDP looks tiny but isn't. The headline number went from -1.5 percent to -1.6 percent.

But the headline number is not the one to watch. What matters is real final sales (RFS). From the second revision to today's third revision, the BEA just revised RFS from -0.6 percent to -1.2 percent.

RFS is the bottom line estimate of the economy. The rest is inventory adjustment that nets to zero over time. 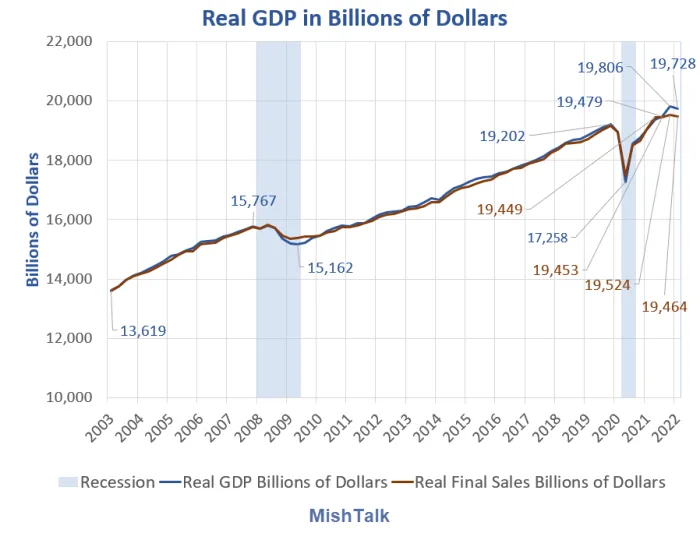 GDP data from the BEA, chart by Mish 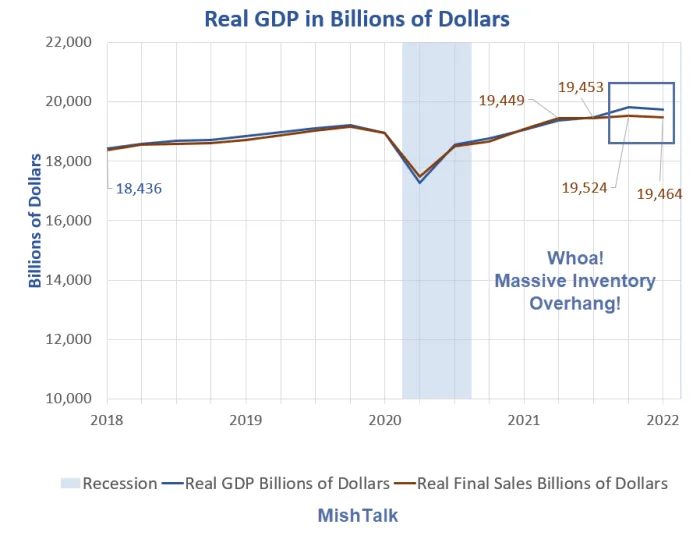 We have never seen a massive inventory overhang like this.

It's the result of fiscal and monetary stimulus on steroids. Merchants ordered far more goods than they could possibly sell. 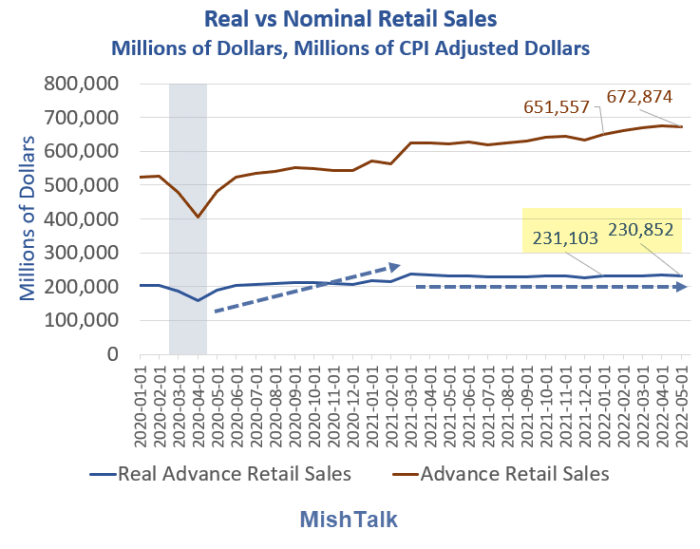 It's real, not nominal spending, that's an input to real GDP.

The only thing potentially staving off a recession that is already six months old was a rebound in retail sales in April of 2022.

We are one revision away from a recession that's been underway for six months.

For discussion of retail sales, please see Retail Sales Flounder in May With Negative Revisions in April

I've seen enough, the US is in recession now, Q&A on why

On June 22, I commented I've Seen Enough, the US is in Recession Now, Q&A on Why.

Today's GDP revision adds more evidence to the recession has already started thesis. It makes a mockery of Fed talk that the "consumer is strong".

For now, with the GDPNow estimate of RFS still at +1.7% I will stick with my estimate of a recession that started in May.

For a look at how the current quarter is tracking, please see GDPNow Forecast Inches Up to 0.3 Percent, But What's On the Way?