The U.S. President has called on the Fed to reduce the key rate to zero or even lower so that the government could refinance its debt. In his latest attack on the Fed, Trump used his favourite method – raising the requirements above all rational levels to retreat and still win.

However, the Fed may well ignore this call, which does not correspond with the dual mandate of the central bank: maintaining stable inflation and full employment. The Fed lowered interest rates to zero and launched an asset buyback programme, during a sharp economic downturn when unemployment was close to 10%. At the moment, even the relatively weak Friday U.S. labour market report shows that the economy is increasing employment, with the unemployment rate close to the 50-year low.

Extremely-low interest rate policies have a side effect that Trump wants to achieve. Zero or negative short-term interest rates reduce the yield on debt, which reduces the cost of debt servicing.

Last month, the yield of 10-year U.S. bonds declined to 1.5%, ten years ago it was 3.8%, 20 years ago it exceeded 5%, and 30 years ago it was approaching 8%. Trump is calling on the Fed to reduce interest rates further. With this, the United States can reap the benefits of a more favourable market environment through lower debt servicing costs.

Unreasonably low rates, as well as Q.E., can be considered as government financing, which the central bank is not allowed to do.

Another potentially desirable effect of Trump's untimely low interest rates is the weakening of the national currency. Investors are more likely to prefer to fund purchases of foreign assets in dollars. However, a prolonged dollar weakening will end with investors asking for an additional premium on government bonds. Such a premium will offset the effect of a low key rate and may globally undermine confidence in the dollar as a reserve currency and means of payment.

Trust is an essential thing in the financial world. The Fed and the U.S. Treasury are very sensitive to this topic, often distancing themselves or trying to level out Trump's loud calls to weaken the dollar or bring down rates.

The market reaction to the U.S. President's tweets is indicative. The intraday growth of the dollar has stopped after Trump's comments but did not lead to its decline. What is most probable is that markets do not expect Trump's words to have a significant impact on the Fed or the dollar. 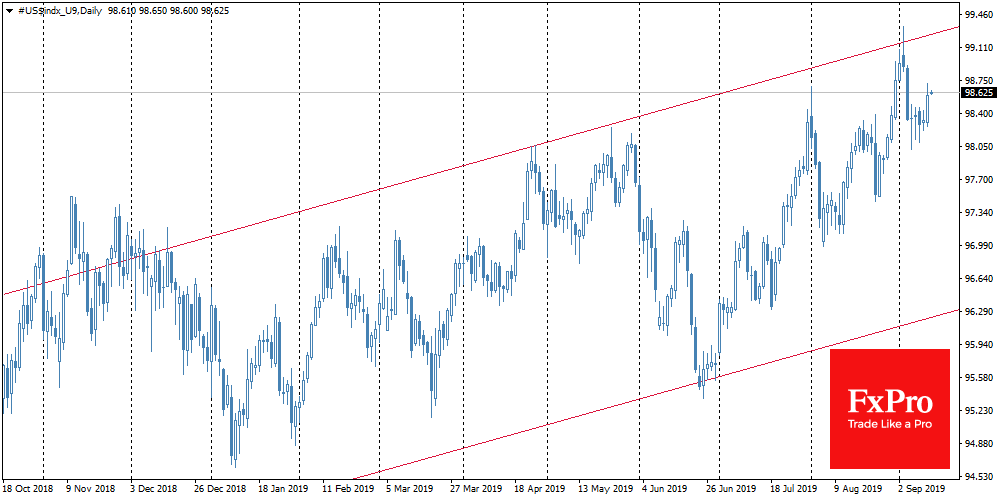