Gold is slipping below the mid Bollinger band, which has merged with the 50-period simple moving average (SMA) around 1,780, but the last two weeks of price action remain confined between the limits of 1,756 and 1,800. The 100- and 200-period SMAs are defending the latest up leg from the trough of 1,678 but the more static 50-period SMA is indicating the recent absence of necessary bullish sentiment.

The short-term oscillators are reflecting stifled positive momentum and are marginally favouring the downside. The MACD is under its red trigger line, slightly above the zero mark, while the RSI, is fading a tad from the 50 level. The stochastic %K line has stepped above its %D line but without conviction, promoting weak positive impetus. Overall, it seems that there is a lack of necessary drive to conquer the 1,800 barrier.

In the negative scenario, a push below the mid-Bollinger band could encounter preliminary support from the 100-period SMA at 1,771 and the ascending line drawn from the 1,678 low. Diving past these obstacles could steer the price to challenge the lower Bollinger band at 1,763 and the adjacent floor of 1,756-1,760 of the consolidation pattern. In the event this foundation and the 200-period SMA lingering beneath at 1,751 fail to dismiss a deeper decline, the price may aim for the 1,744 low.

Otherwise, a successful step above the 50-period SMA and the nearby resistance at 1,783 may encourage buyers to propel for the upper Bollinger band at 1,795. Next, more profound buying interest would be necessary for the price to engulf the peaks around the 1,798 level and to defeat the 1,800 durable border. Recapturing the region between 1,800 and the 1,806 high may be vital for boosting upside momentum to tackle the resistance section of 1,810-1,816.

Concluding, at present, gold possesses insufficient bullish drive to conquer the 1,800 frontier. A break above the roof of 1,800 or below the floor of 1,756 could set a clearer price course. 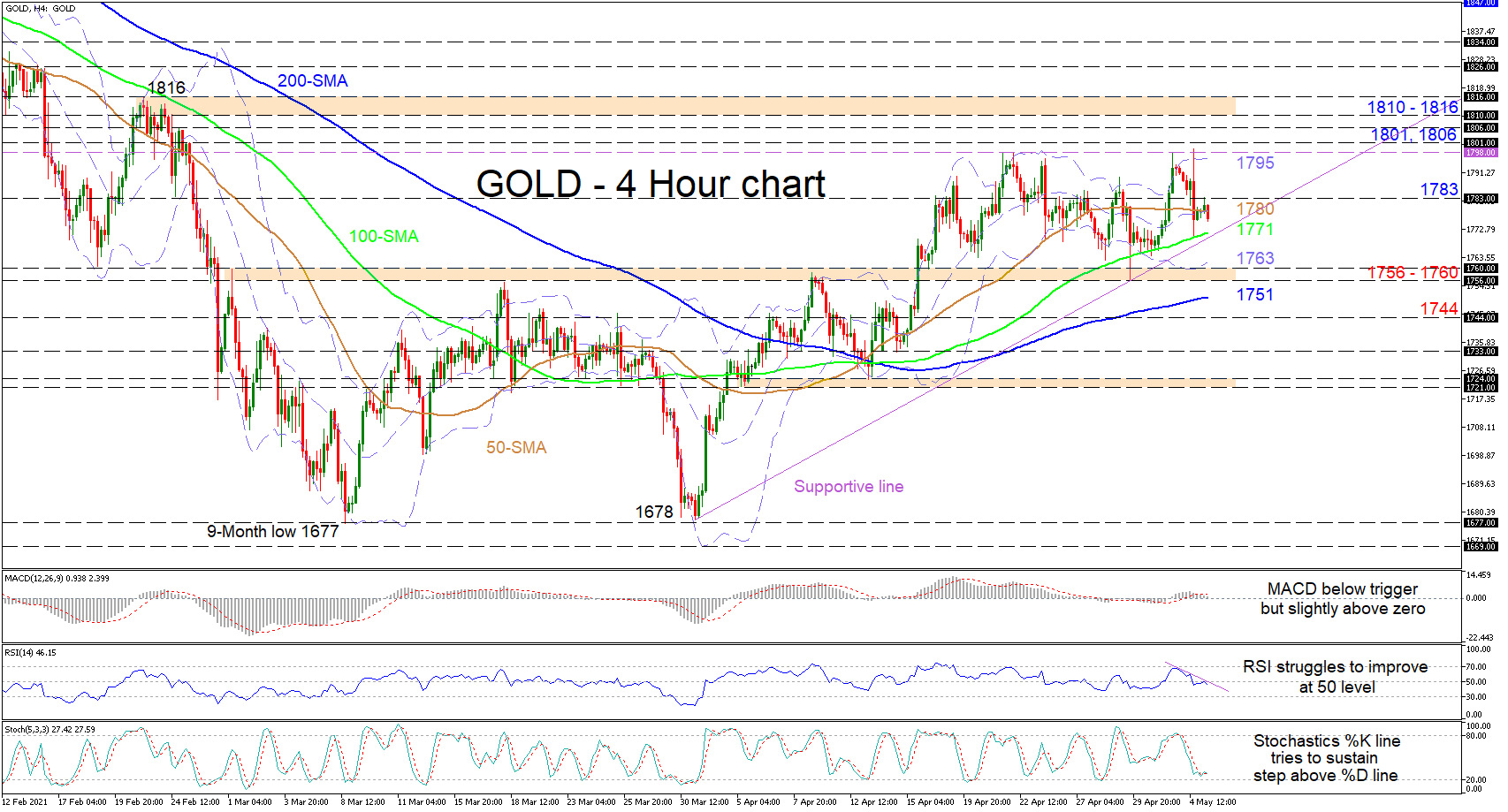