The sky is “busy”. There are some “ once in a lifetime” aspects, that boil up the status quo. To add to that, the Sun ingress to water Cancer, the new Moon on the 23rd of June, Venus on the “Weeping Sisters”, and we get a major fall in the markets. In the fundamental world “Brexit” is blamed. 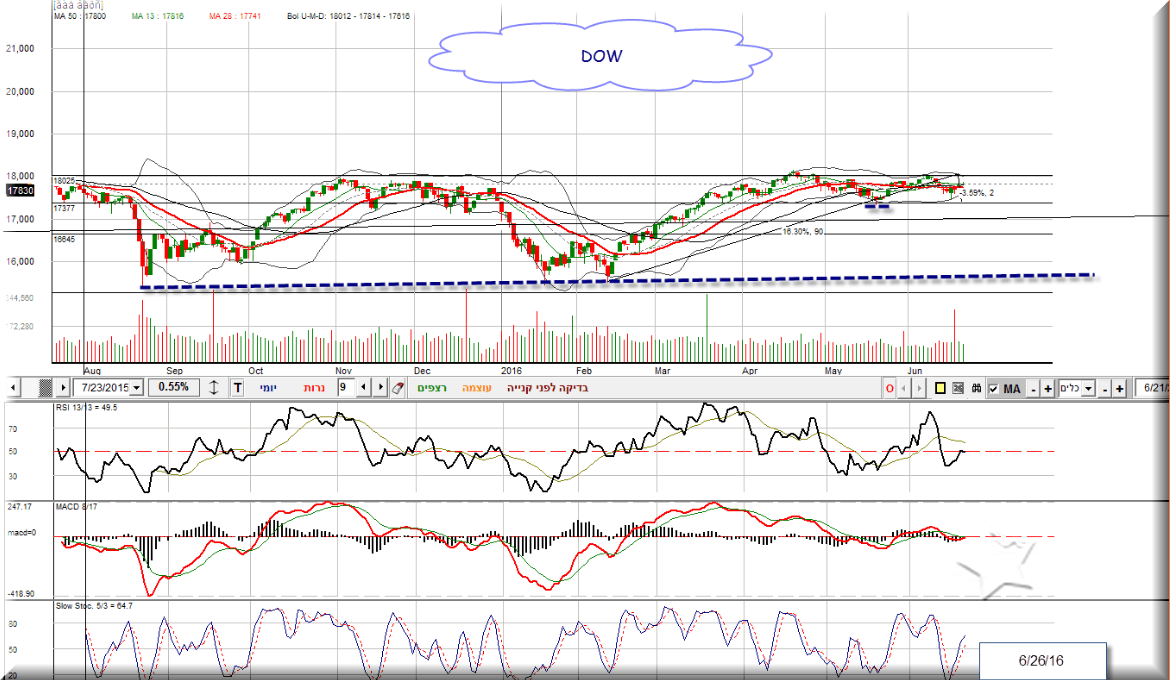 Since only a few people trade long term targets, I built my own application, where I give market alerts daily.. Here is the list of the last days:

Sky: rare events in the sky today...Mercury is 90 to the Nodes, Jupiter 120 to Pluto, the Moon is void, and will pass into Aquarius.. but, only after markets are closed. It’s effect will be felt tomorrow.

Sky: the Moon moved to Aquarius. here it brings a top or low for the S&P.

Last alert on the Nifty was:

Now: 8040 is a support line, so if it goes above, it might correct up- and it will be along again/

Indian Rupee long only above 67.80

Dollar-Yen: we are short below 103. The Japanese government interferes all the time, I stopped trading it.

All my calculations are based on planetary cycles, positions . I also use Gann, and technical analysis.

As you can see, the long green line from July 5 to 19th, that is Mars-Uranus angle. In my calculations I use them to see if an index supported or not by them.

We are having a Saturn-Neptune square in the sky, at 12 degrees. This position is supporting, but it fades away on July 6th, one day after market restarts in the US. So we might find ourselves blocked below their supportive line, which will turn into resistance.

July aspects in the sky.

One of the calculations I make give the following price levels:

Will be glad to hear from you,