European bourses are pointing to a move lower on the open as trading in the second half of the year gets underway. Improving economic data is being offset by rising coronavirus numbers in the US raising fears that the economic recovery could be knocked off its path before it even takes off.

Following on from strong US pending home sales and rebounding consumer confidence both stateside and in Europe, data showed that Chinese manufacturing activity gathered steam in June boosting optimism that the economic recovery in the world’s second largest economy is gaining traction. Chinese manufacturing PMI jumped to 51.2 in June, ahead of the 50.5 expected.

German retail sales smashed expectations in May, rebounding +13.9% after slumping -5.3% in April. This was well ahead of forecasts of 3.9%. The huge difference between the data print and the forecast goes to show just how difficult it is proving to be to gauge how the economic recovery is progressing. Without any doubt this 13.9% jump in retail sales represents some pent up demand, however, we know that sentiment has been improving and consumers are not shying away from spending in the shops. The encouraging numbers hint towards the idea that maybe the downturn won’t be as harsh as initially feared, particularly in Europe

However, the number of US coronavirus cases is also increasing at an alarming rate with 47,000 new cases a day, its biggest single increase since the outbreak began. The surge in cases in the US  has dampened the equities rally in recent weeks as investors grow increasingly concerned that the rolling back of reopening measures or the return to full on lock down in parts of the country will knock the economy when it is already on its knees.

Just how well the economic recovery is going will become more apparent today as investors await a barrage of economic data.

UK and Eurozone manufacturing PMI’s are expected to confirm preliminary readings. Activity in the UK is expected at 50.1, just scrapping into expansion this month. The Eurozone activity remains below the 50 level that separates expansion from contraction, although at significantly slower pace

ADP private payroll figures are expected to show a solid rebound. Payrolls are expected to jump 3 million, after slumping -2.7 million in the previous session. These will be closely eyed ahead of tomorrow’s non-farm payroll.

Any market reaction to stronger than forecast US data could be limited given the concerns surrounding rising covid-cases. Downbeat data could add to the negativity and drag equities sharply lower. 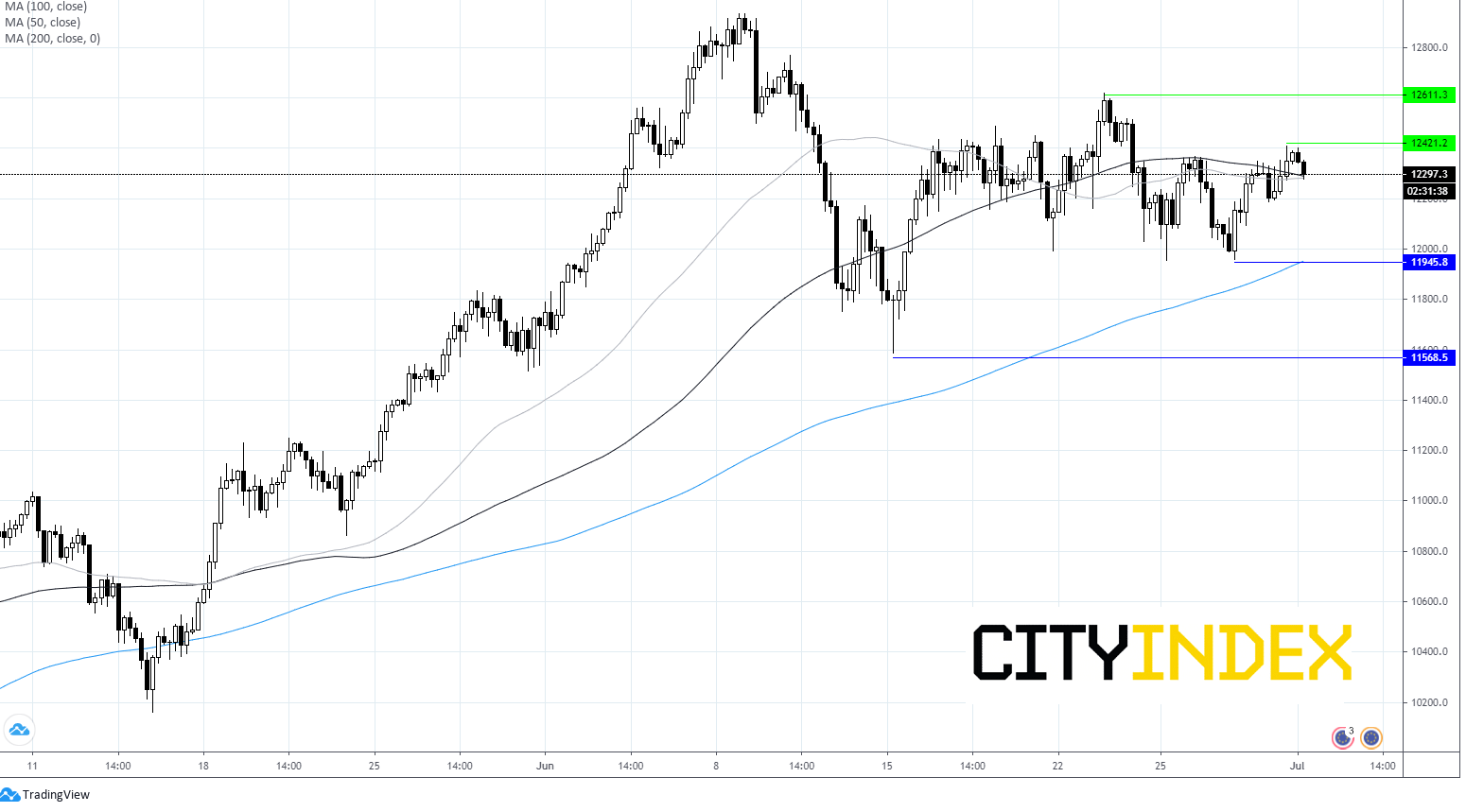