The broad stock market index lost 0.34% on Tuesday (Sep. 7), as it bounced from the resistance level of around 4,550. Last Thursday (Sept. 2) saw the index reach a new record high of 4,545.85. This morning the market is expected to open virtually flat. However, it retraced the overnight decline. 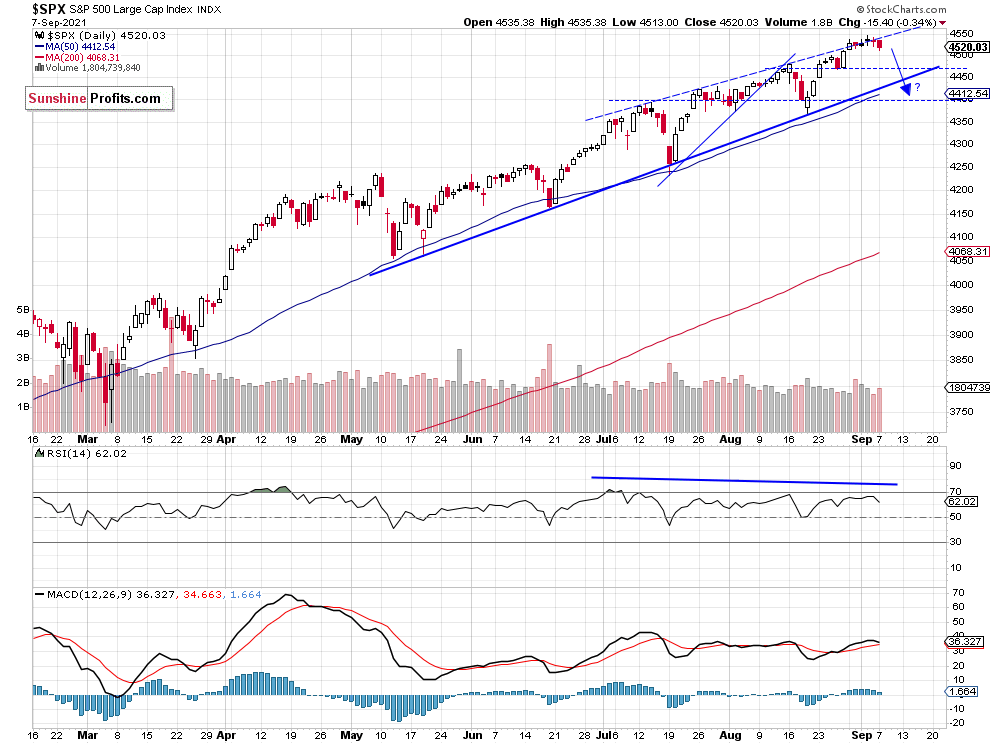 S&P 500 continues to climb along the trend line

The S&P 500 index remains close to its almost year-long upward trend line. The nearest important medium-term support level remains at 4,300, as we can see on the weekly chart: 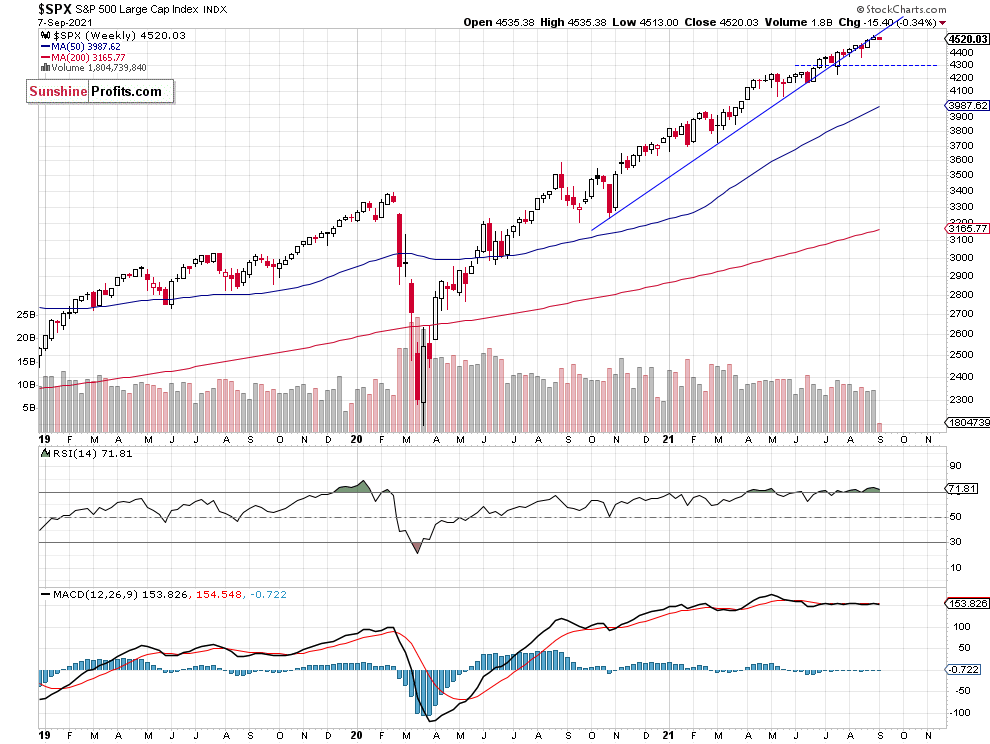 Let’s take a look at the Dow Jones Industrial Average chart. The blue-chip index broke below a potential two-month- long rising wedge downward reversal pattern yesterday. It remains relatively weaker, as it didn’t reach a new record high like the S&P 500 and the Nasdaq. The support level remains at around 35,000, as we can see on the daily chart: 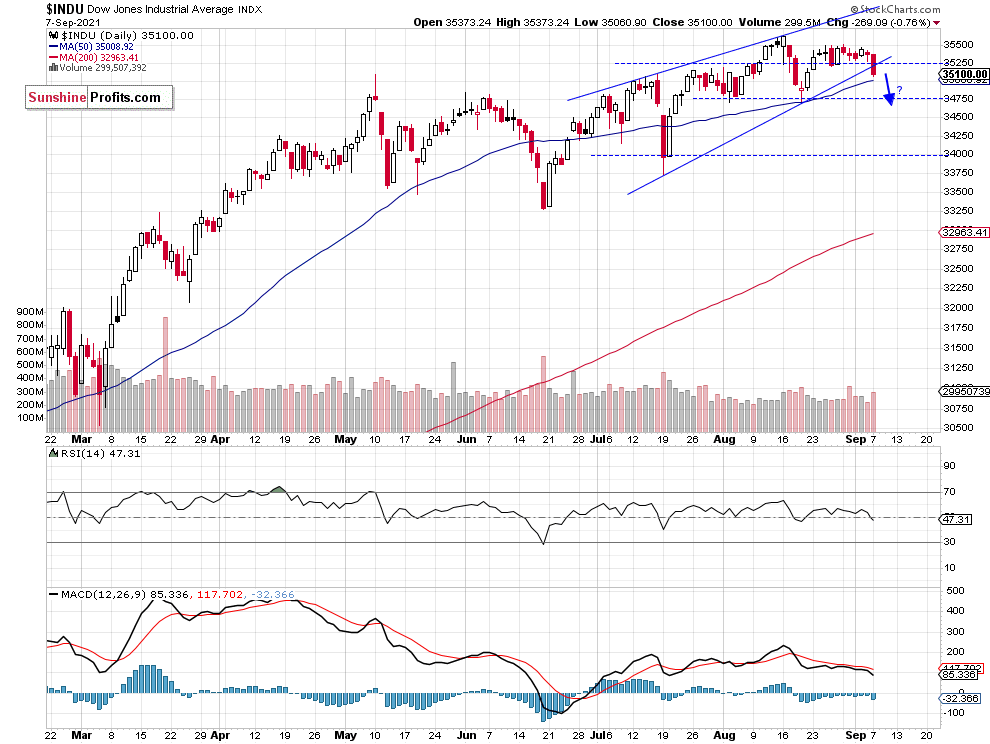 Apple reached yet another record high

Apple stock weighs around 6.3% in the S&P 500 index, so it is important for the whole broad stock market picture. Yesterday it reached a new record high of $157.26. We can still see negative technical divergences between the price and indicators and a potential topping pattern. The two-month-long upward trend line remains at around $145, and the nearest important support level is now at $150-152. 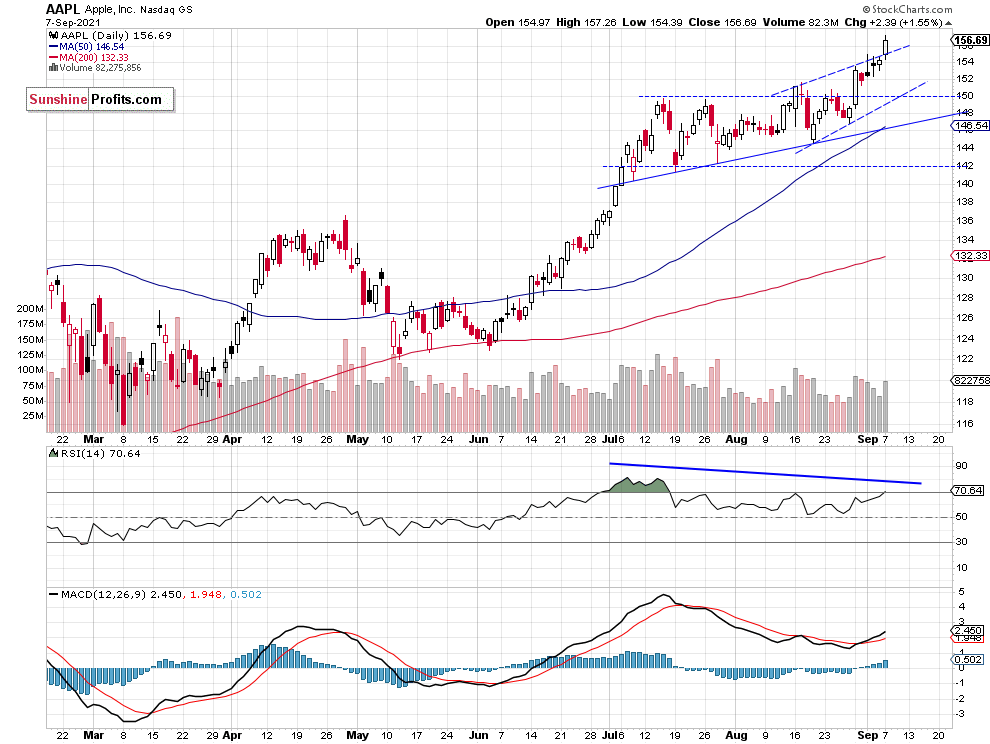 Let’s take a look at the hourly chart of the S&P 500 futures contract. We opened a short position on August 12 at the level of 4,435. The position was profitable before the recent run-up. We still think that a speculative short position is justified from the risk/reward perspective. 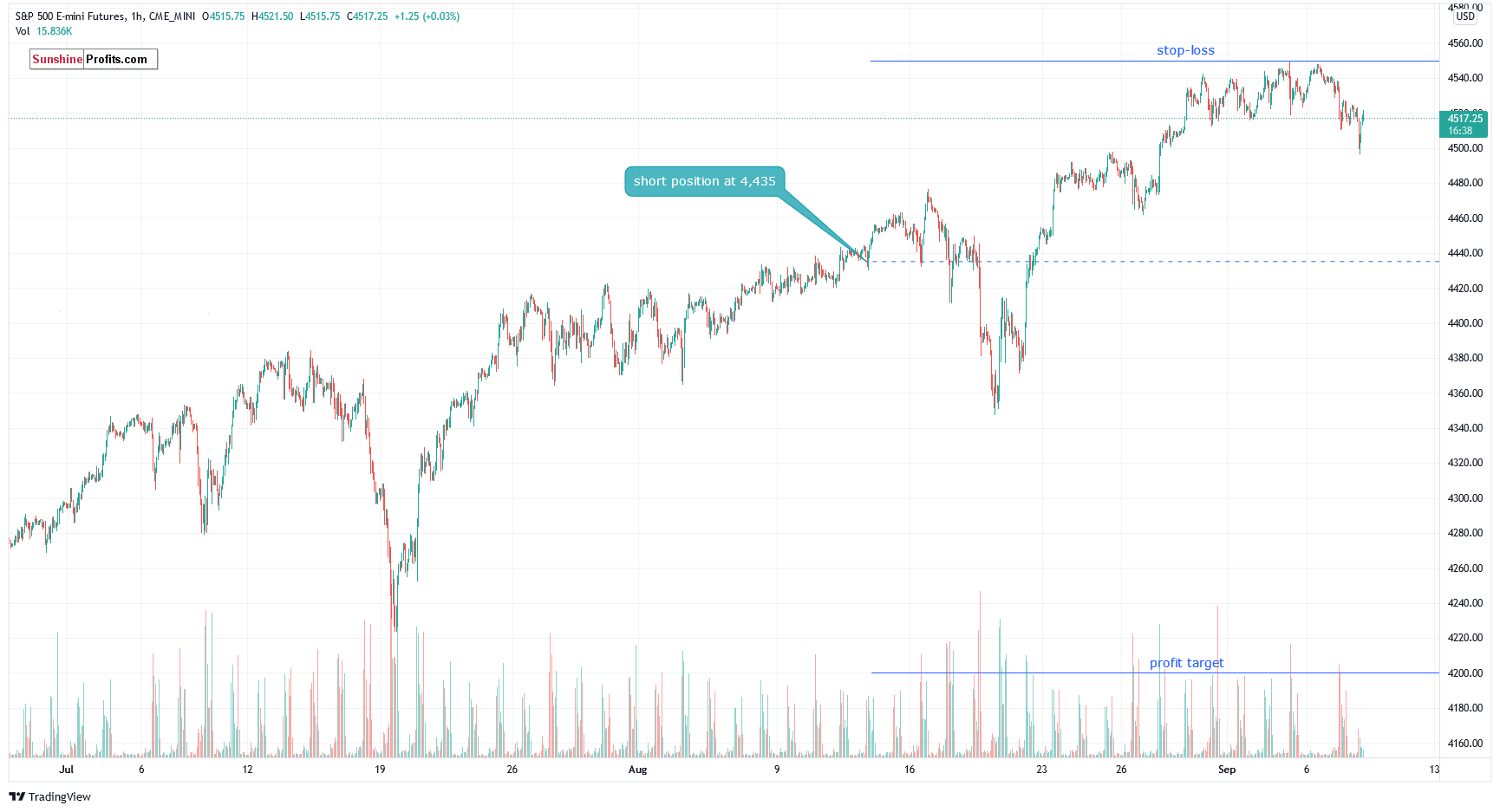 The S&P 500 index remains relatively close to its last week’s record high of 4,545.85. However, we can see some short- term profit-taking action, although yesterday’s decline has been stopped by the relatively strong tech sector. Today we will most likely see a neutral opening of the trading session followed by another profit-taking action.

The market seems short-term overbought, and we may see some profit-taking action soon. Therefore, we think that the short position is justified from the risk/reward perspective.