Make the trend your friend – goes the old adage, and the wind is currently blowing in the dollar's sails. This is only one reason to favor seeing the greenback in the green. I will explain why only one combination of labor and wage growth could result in a dollar sell-off.

First, why are both the job and the headline Nonfarm Payrolls and Average Hourly Earnings important in the report for June?

In the previous one, wages stood out, as the Federal Reserve was laser-focused on inflation. Higher salaries mean more money in Americans' pockets – funds that impact a broad basket of goods. The Fed focuses on core inflation – everything excluding energy and food – that it can impact by discouraging lending and encouraging savings. It can hardly influence the price at the pump and strains in grain imports due to the war.

Average earnings have risen by 5.2% YoY in May and 0.3% MoM. The exact same figures are expected now – and salaries remain important for the same reasons: 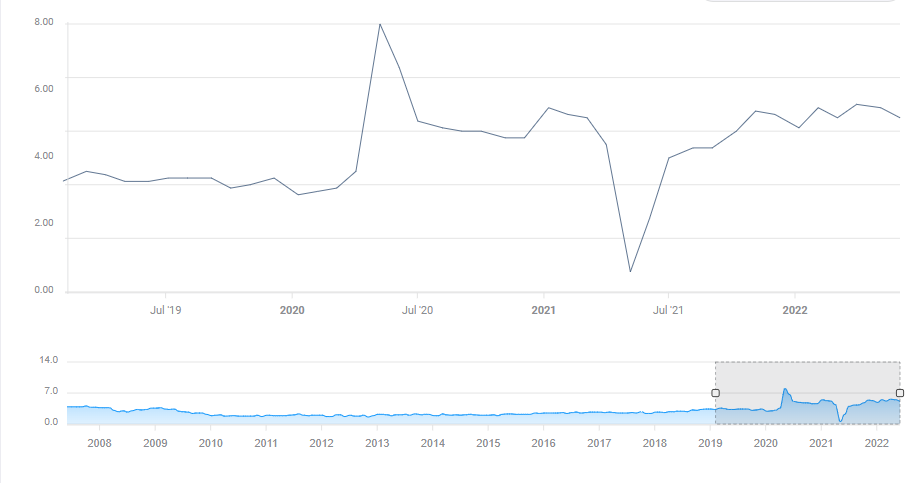 If wages rise at a faster pace, it would boost the dollar, almost regardless of the headline Nonfarm Payrolls change.

Yet that is not to say the main figure is unimportant, if anything the headlineNFP figure is returning to the fore. If the headline significantly misses estimates – 260,000 in June after 390,000 in May – then it would point to falling price pressures in the future. It would also shift priorities for the Fed.

America has been experiencing a robust labor market: 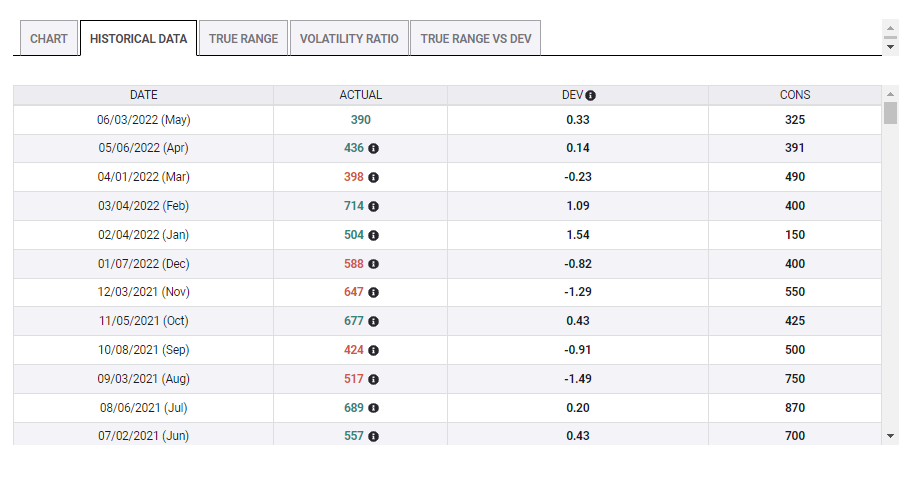 While Fed Chair Jerome Powell stressed that inflation is a top priority, I want to stress that the central bank has two mandates, the second being full employment. If labor markets shrink, there is room for looser policy. However, that will not necessarily bring the dollar down.

1) Stronger than expected figures: This is the most straightforward outcome. If America is hiring and pay is rising, it means the Fed must do more to cool the economy and prices. It would cement a 75 bps hike in July and raise expectations for the future. Dollar positive.

2) Weak job growth, high wages: Such a scenario would mean there are fewer low-paying jobs, but markets would ignore the reason and focus on what the Fed is leaning toward – inflation. The pain of a slower labor market would be ignored in favor of crushing rising prices. Higher interest rates would also result in a stronger dollar.

3) Downbeat data: If America hardly hires and salaries slow, it would lower rate hike expectations. However, "when the US sneezes, the world catches a cold." In other words, if the No. 1 economy cannot lead the world in growth, other economies would suffer even more. In such a case, it would be better to find refuge with the greenback. Safe-haven flows would boost the dollar.

4) Strong job growth, slower salary rises: In the pandemic era, a return of leisure and hospitality workers triggered a slide in wage growth. For markets, this would be a perfect scenario of robust economic expansion and lower price pressures. It would be both positive for the world and a sigh of relief for the Fed – a sign that prices would come down. For the dollar, it is the sole scenario in which it would slump.

June's Nonfarm Payrolls will likely trigger more volatility than usual as uncertainty about the Fed's rate hikes has risen – and as currency markets seem more sensitive than usual to every piece of economic news. I want to remind newcomers to forex that trading tends to be choppy around the event. Trade with care.