The October month US Nonâ€farm payrolls report is scheduled for release tomorrow. US nonâ€farm payrolls, which are closely watched by the Fed, are expected to show the world's biggest economy added 180,000 jobs last month, while the unemployment rate held at 5.1%.

NFP in line with estimates?

The unofficial ADP Research Institute report yesterday showed US companies added 182,000 workers last month, following a 190,000 increase in September. The US ISM manufacturing report showed employment dipped to the lowest since 2009, but the ISM nonâ€manufacturing/services report revealed the uptick in the employment was the second fastest in a decade. The weekly jobless claims have consistently stayed around 260Kâ€270K. Hence, the probability of the actual figure printing near the estimated figure of 180K is quite high.

Still, there is always a risk of the actual figure printing â€“ above estimates, below estimates and inâ€line with the estimates. As far as trading is concerned, there are only two scenarios worth considering â€“ NFP well below 180K and NFP around or well above 180K.

The USD is on the rampage off late. Post the October Fed statement â€“

This tells us that consensus seems to be building that the Fed has made up its mind about moving rates in December. Moreover, the weak US ISM manufacturing number, which included a sharp drop in employment hardly saw any weakness in the USD.

Hence, an NFP print around 180K or well above 180K will be enough to push up December rate hike bets even further and lead to USD strength. Thus, we consider only two scenarios

The Bank of England surprised GBP bulls with its dovish stance today. The real blow came in the form of two things â€“ Carneyâ€™s reluctance to reiterate the possibility of a rate hike at the turn of the year and possibility of a more gradual move, if and when it happens. The downward revision of the GDP and inflation forecasts only added to the bearish pressure on GBP. 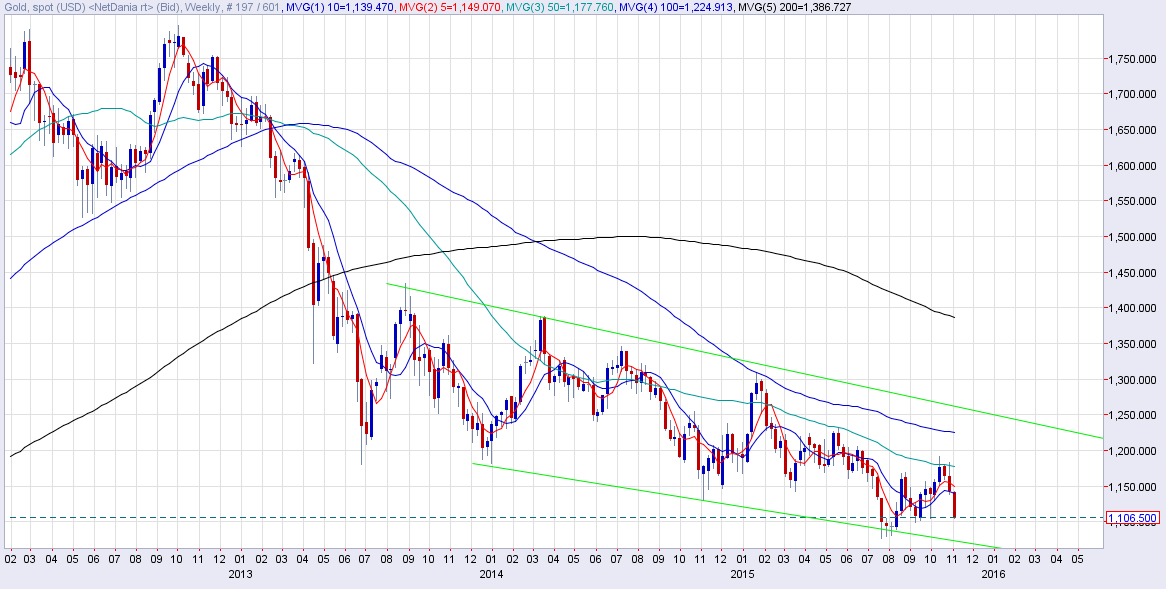 The yellow metal extended losses as expected here (Macro Scan ) ahead of the payrolls report.

A strong NFP number could trigger rate hike bets and lead to correction in the equity markets. Risk aversion could be supportive for funding/safe haven currencies. Given the dovish BOE and EURâ€™s funding currency status, a risk aversion (due to rise in rate hike bets) could see the EUR/GBP extend the recovery witnessed today.

Apart from the NFP figure, the markets would also see if the average hourly earnings ticked higher. So long as the hourly earnings stay in the positive territory, the rate hike bets are not at risk and the USD bulls could stay happy. Unemployment rate, if dips further below 5.1%, would be a USD positive news. Meanwhile, an uptick in the unemployment rate (accompanied by a rise in the labor force participation rate)/minor uptick (without a rise in the labor force participation rate) would do little damage to USD bulls.