Summary: New Zealand’s Dollar, referred by FX traders as the Kiwi, had its wings clipped after the RBNZ raised rates by 25 basis points. The move was widely expected, and coupled with a firmer US Dollar, the Kiwi tumbled to 0.6870, from 0.6952, a loss of 1.17%. Earlier in Asian trade, the NZD/USD pair hit a high at 0.6956 following the RBNZ’s move to raise the Official Cash Rate to 0.75% from 0.50%. RBNZ Governor Adrian Orr said that it would better for the bank to take small steps when raising the OCR to observe the development of the economy. Elsewhere, the number of Americans filing new claims for unemployment benefits plunged by 71,000 to 199,000 (week ended 20 November). It was the lowest number since 1969 and lower than economist’s forecasts at 260,000. The Australian Dollar slid 0.40% against the overall stronger Greenback to 0.7192 (0.7223). The Dollar Index, which measures the value of the Greenback against a basket of 6 major currencies, broke higher, settling at 96.85 (96.48 yesterday), its strongest since July 2020. FOMC meeting minutes showed that some officials want to adjust the QE’s pace of tapering and raise rates sooner if inflation continues to run high. The beleaguered Euro’s slide quickened, and the shared currency ended the New York session at 1.1200 from a 1.1250 open in Asia yesterday.

Trading Perspective: With little in the way of economic data releases and the big US Thanksgiving Day holiday today, traders will focus on the ECB’s release of its latest monetary policy meeting accounts. ECB President Lagarde and BOE Governor Bailey are also speaking today. Liquidity will be at a premium so we can expect some choppy trading. Any contrasts between the US Federal Reserve and the ECB and BOE with reference to the pace of tapering and the subsequent move to hike rates will be closely scrutinised. Yesterday’s RBNZ was widely expected. While some Fed officials sought to adjust the pace of QE and raise rates sooner should inflation continue to run hot. This enabled the Dollar Index (DXY) to break higher to 96.85 from 96.48, and its highest close in 15 months. 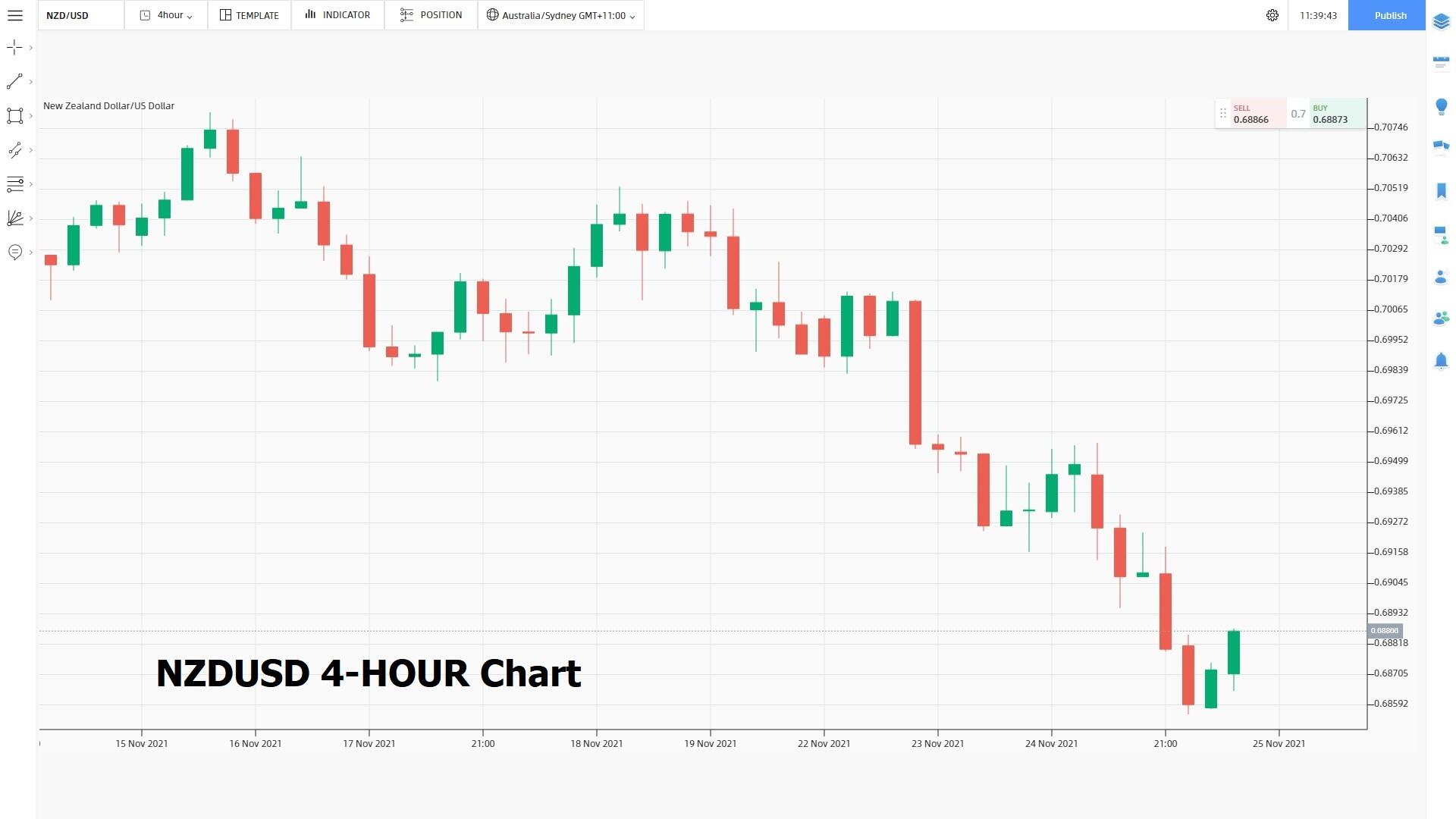