With the sharp upsurge witnessed in US Treasury bond yields, gold broke below the previous week’s trading range and continued to push lower in the first half of the week. After falling to its lowest level since early November at $1,778 on Wednesday, XAU/USD has staged a decisive rebound ahead of the weekend and settled near $1,800 but ended up closing the second straight week in the negative territory.

The benchmark 10-year US Treasury bond yield gained traction during the American session on Monday and rose more than 5% on a daily basis. In the absence of high-tier macroeconomic data releases, the weak demand seen at the 2-year Treasury note auction fueled another leg higher in yields. Additionally, US President Joe Biden announced that he had nominated Jerome Powell for a second four-year term as the Fed chair, cementing the view that the Fed could go for a rate hike by June 2022.

On Tuesday, data published by IHS Markit revealed that the economic activity in the private sector continued to expand in early November, albeit at a softer pace than in October with the Composite PMI edging lower to 56.5 from 57.6. Nevertheless, the 7-year Treasury note auction, once again, highlighted dismal demand and the 10-year US T-bond yield continued to push higher toward 1.7%.

The US Bureau of Economic Analysis reported on Wednesday that the Core Personal Consumption Expenditures (PCE) Price Index climbed to 4.1% on a yearly basis in October from 3.7%. Ahead of the Thanksgiving break, the dollar preserved its strength and didn’t allow XAU/USD to erase its losses. In the meantime, San Francisco Fed President Mary Daly said that there was a case for the Fed to speed up the asset tapering while noting that she wouldn’t be surprised if the Fed were to hike the policy rate twice next year.

Reports suggesting that current vaccines might not be effective against the highly-mutated COVID variant detected in South Africa triggered a flight to safety ahead of the weekend. Many countries decided to temporarily suspend flights from several African countries and Pfizer said that it will take them around 100 days to produce an adjusted vaccine.

Reflecting the dismal market mood, global equity indexes suffered heavy losses and the 10-year US Treasury bond yield turned negative on the week by losing more than 7%, on Friday. Moreover, the CME Group FedWatch Tool’s probability of the Fed leaving the policy rate unchanged by June 2022 increased to 34% from 18% earlier in the week.

The Conference Board’s Consumer Confidence data will be featured in the US economic docket on Tuesday. Investors will look for details surrounding the impact of high inflation on consumer sentiment.

The ADP Employment Change and the ISM Manufacturing PMI on Wednesday will be looked upon for fresh impetus ahead of Friday’s November jobs report. Although a better-than-expected increase in Nonfarm Payrolls could provide a boost to the dollar, the market reaction could remain limited unless vaccine producers reassure markets that they will be able to handle the new variant.

Before the Fed goes into the blackout period on Saturday, December 4, comments from FOMC policymakers will be critical as well. In case Fed officials refrain from suggesting that they will need to stay patient in the face of renewed coronavirus fears, US T-bond yields could regain traction and cap XAU/USD’s upside. On the other hand, gold could continue to gather strength if safe-haven flows continue to dominate the financial markets. 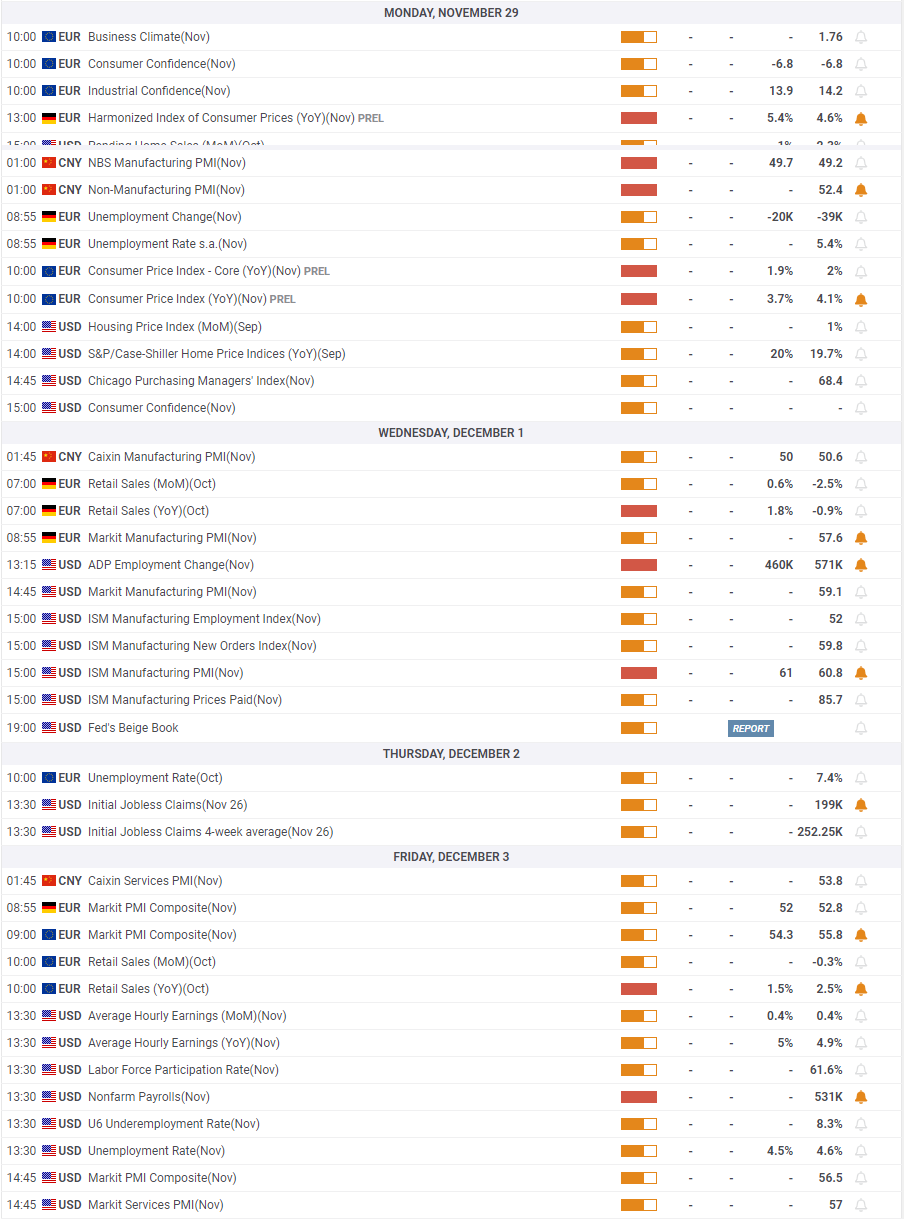 On the daily chart, gold managed to close above the 50-day, 100-day and 200-day SMAs on Friday. Moreover, the Relative Strength Index edged higher to 50, suggesting that sellers are staying on the sidelines for the time being.

The FXStreet Forecast Poll shows that gold is expected to stay in a consolidation phase around $1,800 in the near term. The one-month outlook points to a slightly bullish bias. 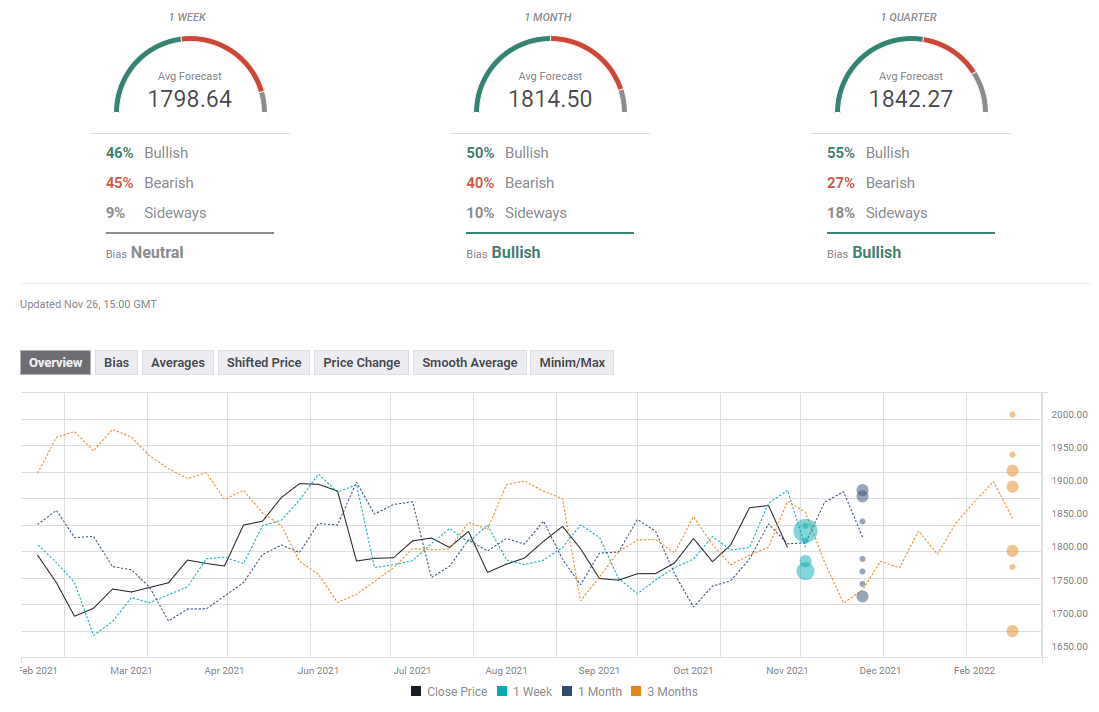