Gold prices remained stuck in the range of USD 1180-1125 ahead of the Non-farm payrolls report as anticipated in the report titled â€œGold Forecast: Seen in the range of USD 1180-1225 ahead of Nonfam Payrollsâ€ (Gold Price Analysis 3rd April, 2015) published on March 27th. Prices did clock an intra day low of USD 1178.5, although the daily closing throughout the week remained well above the USD 1180.00 mark.

Apart from the Fedâ€™s comments on the negative effects of strong USD, the NFP is the only piece of data that could significantly alter the rate hike expectations.

The downward revision of the interest rate forecasts in the March policy statement by the Federal Reserve, coupled with weak growth and inflation forecasts and concerns regarding the strong USD pushed the rate hike expectations to September 2015 from June 2015.

Gold prices jumped from the low of USD 1142.6/Oz levels to hit a high of USD 1219.4/Oz post the March Fed meet. From the move, it appears the delay in the rate hike until September has been priced-in by the markets.

Meanwhile, the major centralbankers across the world have run out of ammo for the short-term. Thus, we are unlikely to see a major central bank announcing fresh monetary stimulus in theshort-run.

Furthermore, the prospects of rise in Iranian crude supplies is high after reaching a deal over its nuclear program. Thus, Crude prices could start falling rapidly. In such case, we could see the USD strengthen across major currencies - a move witnessed in Oct-Nov 2014 crude fall. This could further cap gains in Gold.

Greek issue is the only factor apart from the speculation of a delay in the rate hike in the US that could push Gold prices higher. It remains to be seen how the Greece situation unfolds.

Weak equities could trigger a rise in safe haven demand

As mentioned earlier, a significantly weak NFP print could push the rate hike bets further out in late 2015 or early 2016.

Moreover, the Fed policymakers, US Treasury secretary and other major central bankers across the globe in the past six months or so have repeatedly sold an interest rate hike as appositive development for the US and the global economy. Consequently, the equity markets in the US have rallied even on talks of a rate hike.

Thus, with the increased possibility of a delay in the interest rate hike beyond September 2015, the equity markets in the US and Europe could fall, leading to strength in Gold and other safe haven assets like Yen.

Markets are likely to turn their attention now to Q1 US GDP initial estimate. It is widely expected that Q1 GDP is likely to significantly weak or even negative. 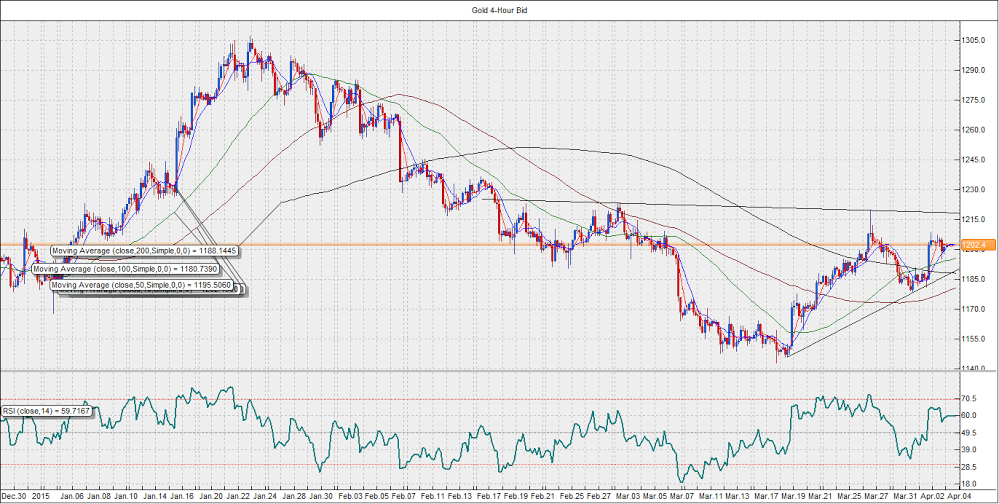 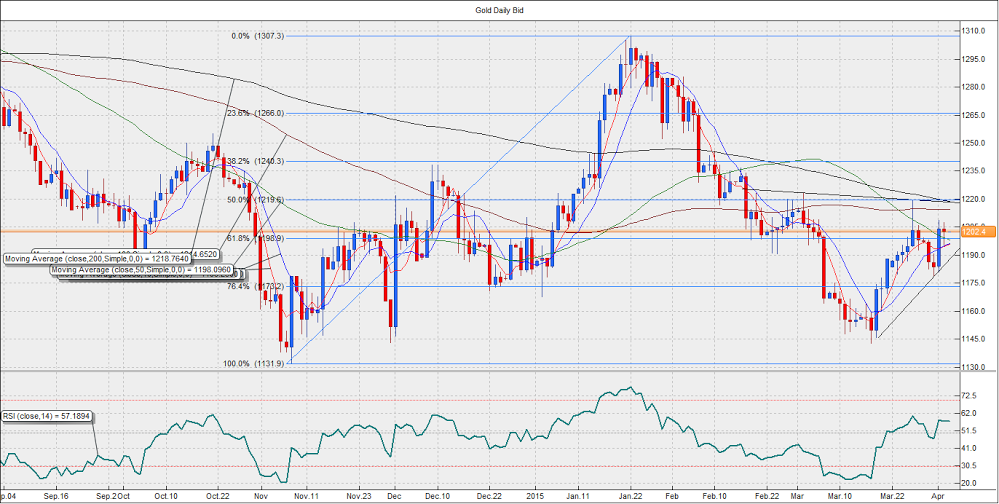