Many traders and investors are still scratching their heads at the peculiar gold trading Wednesday which pushed gold below the important technical level of $1,250/oz. Support at $1,250/oz has been breached and gold is vulnerable of a fall to test support at $1,200/oz and the June 28th low of $1,180/oz (see charts below).

And yet gold still seems to be stuck in a downtrend. This week's sell off may have been due to trading shenanigans on the COMEX and many, including the UK Financial Regulator are asking questions as to whether gold price rigging is taking place.

Gold’s falls come despite there being many compelling reasons for gold to rally. These include uber dove Yellen at the Fed's helm, the near certainty that the Eurozone debt crisis will erupt early in the New Year, signs ETF outflows are stabilizing and China picking up the slack with regard to physical demand, after India’s demand fell from near record levels.

THE U.S. DOLLAR has been on a 30 year slide versus other competing paper currencies, in particular the Chinese yuan. If the dollar's decline, as measured by the DXY Index continues, gold may be the main beneficiary.

The dollar may be printed in unlimited quantities, though the global stock of gold increases by just 2% to 2.5% annually. Irrespective, of the huge increase in money supplies globally today. Indeed, should gold prices fall more, gold production is likely to begin falling.

This is seemingly lost on Janet Yellen and central banks, who continue to print money at record rates.

The smart money who understand gold’s importance as a diversification continue to accumulate gold.

The very poor state of the U.S. economy bodes badly for the U.S. dollar in 2014 which should help gold resume its multi year bull market.

DATA FROM THE INTERNATIONAL MONETARY FUND today shows that central banks continued to diversify into gold in October.

Germany, the world's second biggest holder of gold reserves, cut its bullion holdings by a tiny amount in October for the second time in five months.  Germany's gold holdings dropped to 108.9 million ounces from 109.01 million ounces in September. The reduction was likely for domestic gold coin sales.

GOLDMAN SACHS Inc. has come out with another of their widely covered market predictions.

Gold, iron ore, soybeans and copper will probably drop at least 15% next year as commodities face increased downside risks even as economic growth in the U.S. accelerates, according to Goldman.

As we noted before, Goldman’s gold calls and crystal gazing have been poor at best. Indeed, some suspect that while Goldman is advising clients to sell, they may be on the other side of the the trade going long.

News This Week
* China to Start Interbank Gold Swap Trading November 25
China, on track to overtake India as the world’s largest gold consumer this year, will start interbank swaps trading next week in a move to further open up the domestic precious metals market. China gold swaps to trade on China Foreign Exchange Trade System, according to a statement on CFETS website yesterday. Gold swaps to settle and deliver via Shanghai Gold Exchange.
(Bloomberg)

* China's planned crude oil futures may be priced in yuan
The Shanghai Futures Exchange (SHFE) may price its crude oil futures contract in yuan and use medium sour crude as its benchmark, its chairman said on Thursday, adding that the bourse is speeding up preparatory work to secure regulatory approvals.

China, which overtook the United States as the world's top oil importer in September, hopes the contract will become a benchmark in Asia and has said it would allow foreign investors to trade in the contract without setting up a local subsidiary.
(Reuters)

* Gold-Put Options Surge as Futures Slump to Lowest in Four Months
Put options on gold, giving the owners the right to sell Dec. futures at $1,200/oz and $1,250/oz, more than tripled on the Comex in New York after the metal slumped to a four-month low.
Puts giving the owner the right to sell at $1,200 rose to $2.30 from 70c on estimated volume of 1,259 contracts, the third most-active option.

* UBS Estimates 36% of South Africa Gold Industry is Losing Money
Estimate based on spot price of $1,260/oz, UBS says in report dated yday.
In 3Q, 28% of SA gold industry was loss-making, based on gold price of $1,330/oz
Sector lowered 3Q all-in costs by 20% q/q to $1,138/oz
“Further unit cost reductions will be challenging to deliver”
(Bloomberg)

Conclusion
There is likely a floor under gold prices at the $1,200 level and that should again provide strong support. There are no guarantees regarding price ever - particularly in the short term. However, gold production may fall at prices below $1,200 as it becomes uneconomical for many gold mines to operate profitably.

The short term technicals remain poor and the trend remains lower so we remain bearish for next week despite the strong seasonals. November, December and January are traditionally strong months for gold due to year end fund allocation and in recent years Chinese New Year demand. 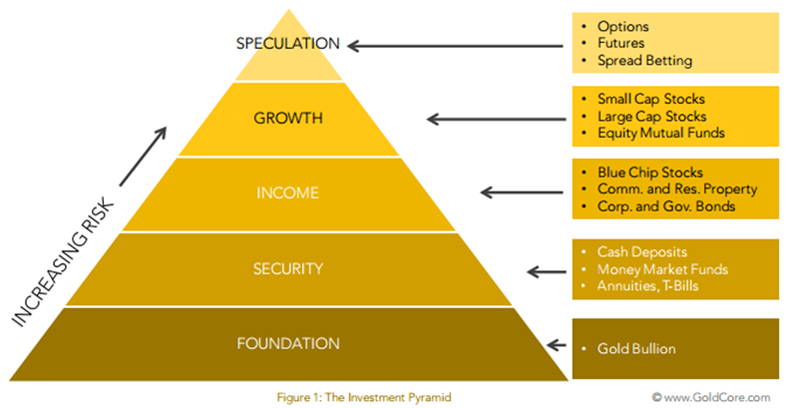 It remains prudent to ignore short term noise and day to day price movements. Instead focus on physical gold’s importance, either in your possession or in allocated gold accounts, as financial insurance and as a vital diversification for investors and savers today.