The price of gold fell today to its lowest level since early August, hitting a low so far of $1448ish. The metal has therefore reached the technically-important $1450 level that we have been banging on about for the past few weeks. Fundamentally, I think gold prices could be headed higher in the long-term for the reasons I have given in the previous article. Technically, there is still the possibility for further weakness as my colleague Matt Simpson highlighted the possibility earlier in the day. However, if gold were to climb back above the previous month’s low and close there, around $1460, this would create a potential false breakdown reversal pattern. I think there is a decent chance of this happening since the bears have hit their main downside objective at $1450. If this turns out to be the case, then we could see some gains in the days ahead, at least towards the next potential resistance at $1480/2 area. BUT we have to see that reversal candle first – such as those plotted in the inset. A closing break (well) above $1460 would help create such a bullish-looking hammer candle on the daily chart. 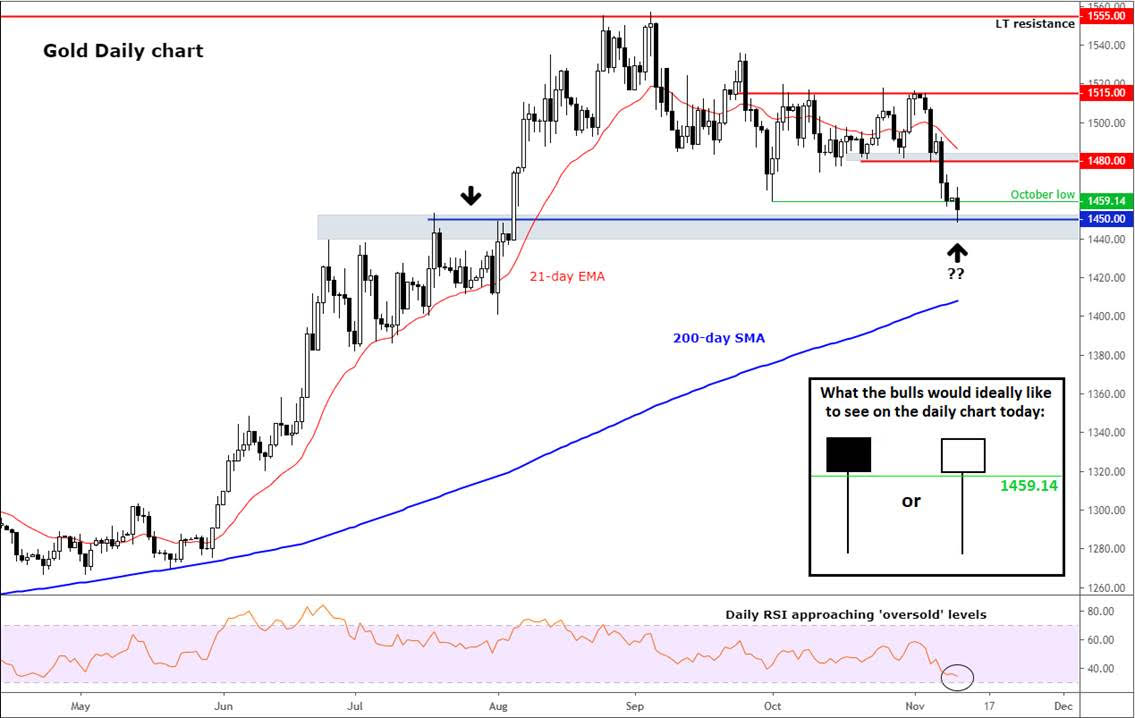