In a world awash with knowledge - and access to this knowledge - the strangest thing is happening.

Traditional forms of analyzing investments to confirm their suitability; involving research, assessments of annual reports, with their profit and loss accounts, their competitive markers, SWOT analysis - and even their board of directors profiles - have cast aside by a well-timed Tweet or Instagram comment from an “influencer.”

The vast quantities of records, statistics, and figures have become irrelevant to a whole group of investors - many of whom are new to the markets.

The key players in this shift of economic nous are “Gen Z.” 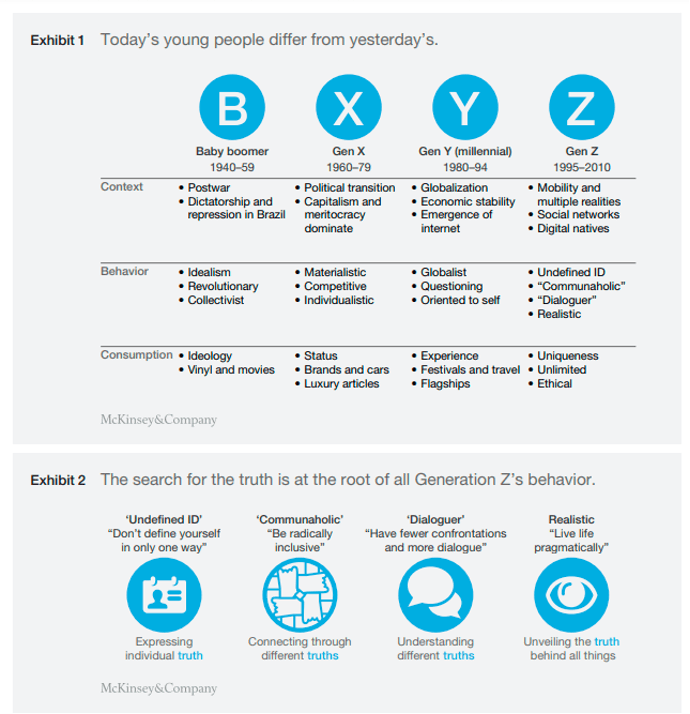 Defined as anyone born after 1995, this generation grew up with the internet as a fully functional entity and take for granted the ability to trade and deal in a wide range of financial instruments from their devices using apps and third-party software.

Their investment philosophy is vastly different from previous generations, though.

Before the internet, it was impossible to trade stocks, bonds, and other markets without a stockbroker, who had to be registered to trade and, of course, charged a hefty commission for each deal struck.

These stockbrokers were the only ones who had access to market information beyond that which was published in the financial press at the time. This additional information was time-sensitive, especially in fast-moving markets, and it was the access to this that enabled the stockbrokers to charge high fees.

When this information became freely available across the internet, the justification and rationale for these fees disappeared along with the advice and decision-making which came as part of the stockbroker “package.”

Very few, if any, stockbrokers would have considered social, ethical, or environmental criteria when making investment decisions. The decisions were mainly based on “fundamentals” and the results shown in annual reports and announced at annual general meetings (AGMs), which were often held in a social setting like a hotel or similar venue, and to which all shareholders would be invited.

By contrast, Gen Z investors mostly research alone using technical analysis and indicators on live and interactive charts. At the click of a mouse, a screen can show everything from moving averages of stock or crypto to the exact volume changing hands and even polls showing the percentage buyers or sellers.

Even ten years ago, value investing was seen as the Holy Grail. A comment in the Wall Street Journal or Financial Times could make or break a company’s stock price.

The day-old stock pick and market assessment have been replaced by the real-time Tweet or section on CNBC News or a thread on Redditt. The eagerly awaited weekly or monthly stock letter replaced by daily e-mails or blog posts on a dedicated website

But this is where Gen Z differs from previous generations in their use of information.

They tend to skim news and views using Twitter, WhatsApp, or other social media. If there is something of interest, they will then look for supporting information like blog posts or websites to follow up.

They view “too much” information provided by one source as “counter-productive.” Accenture’s Neil Gourlay found that only 20% would work exclusively with one advisor. They prefer to make their decisions based on snippets of information from various sources - not all directly related to the investment itself.

As Robin Hood and other fractional share dealing sites have found, Gen Z are comfortable with their own decisions based on their research, often from robo-advisors and automated digital algorithms rather than real humans.

This shows a massive distrust of what they see as bias. They want their sources to be accurate, honest, and upfront. They trust reviews and surveys more than glib salespeople and make their decisions in their own time, on their terms, with who they choose - not who or what an advisor “recommends.”

Because they are entirely conversant with technology, Gen Z can easily multitask their research and determine their investments’ environmental and social consequences - not just the likely returns. They are far more aware of “the big picture” and are at ease with cryptocurrencies and tech stocks as well as the Internet of Things, artificial intelligence, and Big data.

Gen Z will become the largest generation in human history. Because they have seen how their millennial cousins have lost out financially, they have started to save and invest far earlier - with 10% thought to be already saving with an eye to retirement.

This ability to think ahead into the future, rather than just earning and spending, sets Gen Z apart from Boomers, Gen X, and Millennials.

With discussion boards to read, forums to take part in, and now Clubhouse to hear, Gen Z are happy to listen and learn from their peers and experienced investors to learn by their mistakes and hear their strategies and ideas.

Gen Z is more likely than previous generations to diversify their investments as they have seen how concentrated assets can go wrong quickly and permanently.

Neither has their experience of computer gaming been a waste of time. Many investment platforms allow dummy or practice runs of live systems to give savers the chance of a dry run without risking their shirts.

This builds brand loyalty and lets Gen Z’ers experience a simulation of different market conditions and setbacks to try to overcome. This, in turn, builds expertise and resilience on platforms like Trade Nation and Robin Hood.

A recent survey by E*Trade found that over half of their new customers are first-time traders whose idea of risk is sketchy.

46% of Gen Zs and millennials are trading more frequently - and 51% note their risk tolerance has increased as they have traded while the level for the general investment community was 28%.

Is Gen Z helping or damaging the economy?

There is a feeling among trading experts like Burton G. Malkiel, a Princeton economist, that the trading activities of Gen Z and millennial traders could be having a detrimental effect on the markets, with individual stocks like GameStop, FangDD Network Group, and Hertz becoming “mania stocks” which throw the markets into turmoil with no underlying reason.

He blames a combination of time rich, stimulus check wealthy, bored, and tech-savvy young people with no social schedules to break, day trading like they play computer games. Add the low-cost, fractional trading platforms like Robin Hood to the mix - and it is the perfect storm for disruption.

Gen Z has shown that they can invest differently - whether their trading style will be adopted by any group other than themselves remains to be seen.

As the E*Trade survey noted, “While many have made notable gains, there have also been some serious losses.”

Be careful out there.