GBPUSD has been softly rising since the day it tumbled to a new 31-month low of 1.2014 but the 20-day simple moving average (SMA) appeared somewhat restrictive on Monday, pushing the price a little bit lower.

The MACD continues to improve above its red signal line, though with the RSI holding in bearish territory and the Tenkan-sen pointing downwards well under the blue Kijun-sen, the short-term risk remains skewed to the downside.

Nearby resistance could be found between the 20-day SMA and the 1.2200 level if the market resumes positive momentum, while higher the bulls would try to overcome the descending line drawn from the 1.3175 peak and reach the 1.2380 former support mark. Beyond that, the spotlight will turn to the 1.2500-1.2578 zone, where the price paused several times in the previous months.

Turning to the medium-term timeframe, the lower lows and the lower highs from the 1.3380 top frame a bearish picture and only a decisive rally above 1.2864 would open a neutral play.

In brief, GBPUSD continues to face bearish vibes in the short and the medium-term. 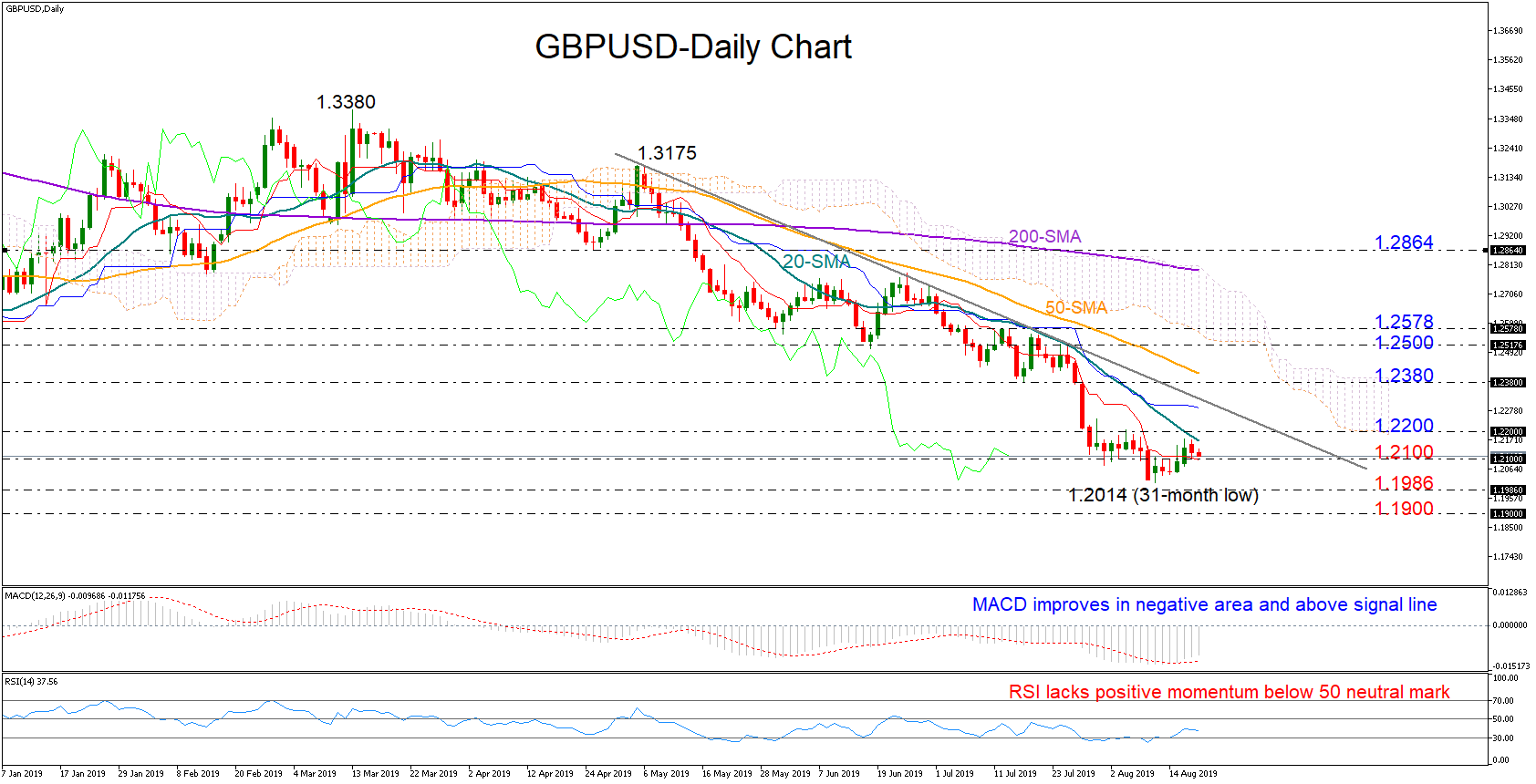