GBPUSD refused to close within the Ichimoku cloud for a second time this month on Monday despite piercing it slightly to the downside.

With the price having reached a new one-month low of 1.2250 in a familiar support area, upside corrections or some stabilization cannot be ruled out in the short-term. Yet, any improvement could be short-lived as the bears remain in charge according to the RSI and the MACD which continue to lose strength below their neutral marks.

Should the price regain positive momentum, the 50-day simple moving average (SMA) currently at 1.2415 could apply some downside pressure ahead of the 20-day SMA at 1.2517. Another step higher would violate June’s downward cycle, shifting the target towards the flattening 200-day SMA at 1.2680 if the ascending trendline seen around 1.2600 proves easy to break. Still, only a decisive close above the 1.2812 peak would switch the medium-term outlook from neutral to positive.

Alternatively, if the bears seek new troughs below 1.2250, the 1.2160 support level could first appear in the radar before all attention turns to May’s low of 1.2074. A move beneath the latter would raise fears of a down-trending market, probably motivating additional selling engagement towards the 1.1970-1.1890 restrictive zone.

In brief, GBPUSD may attempt to recoup its recent losses in the short-term, though the bears may not take long to regain control. Meanwhile, in the medium-term window, the neutral outlook holds intact within the 1.2812 and 1.2074 borders. 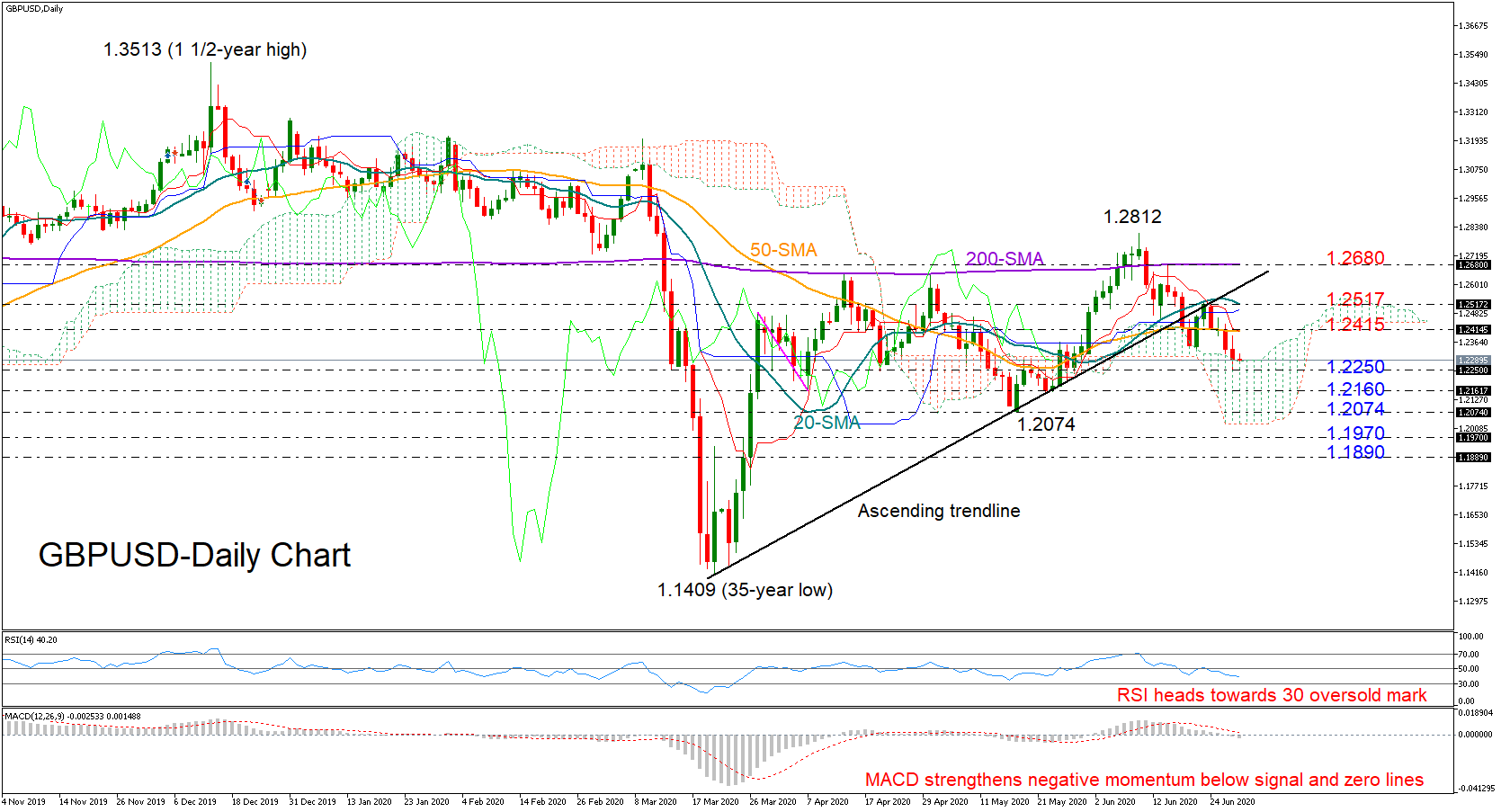