As the dollar has come under pressure in recent sessions, this has driven a Cable rebound. However, the move is now into an important near term phase and the strength of the bulls is being tested. The supply from all the old lows of April and early May between $1.2160/$1.2265 will house a raft of stale bulls who have been licking their wounds for the past week. The market is now testing their resolve. A couple of positive candles may have improved the very near term outlook, but there needs to be a decisive move clear of this resistance band to suggest the bulls are confident of this rally continuing. The rebound has stalled in the past 24 hours (and will not be helped today by a slight negative surprise in the UK inflation data). A downtrend of the past three weeks on Cable is creaking with the rally, but already we see momentum is beginning to struggle. The RSI losing steam in the mid-40s around the level where previously it had used as a floor is an indication that the old support is still new resistance. Hourly momentum is also beginning to tail lower this morning. Initial support at $1.2215 being breached would reflect the market falling away again, with negative momentum mounting below $1.2180. 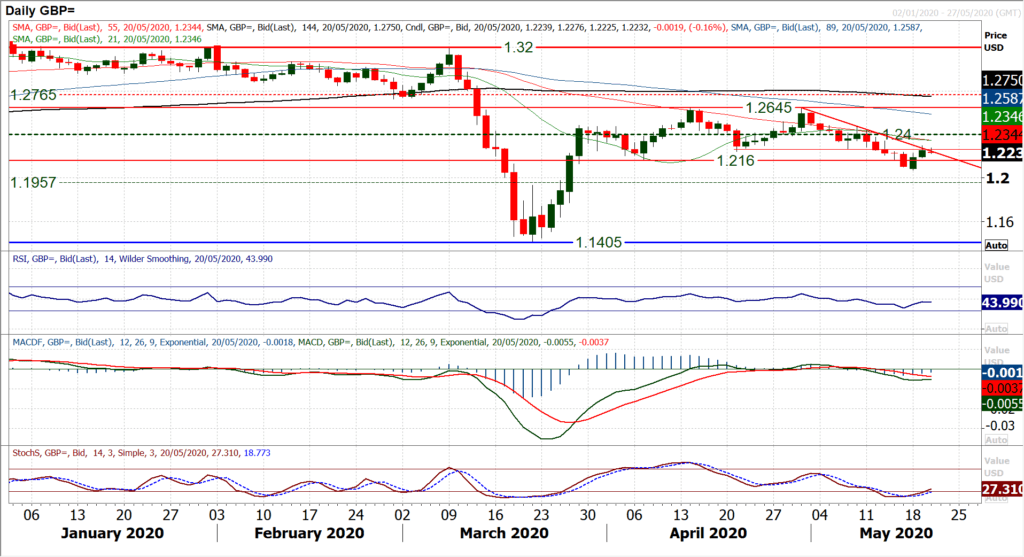