After having declined to its lowest level in nearly a week at 1.2065 on Thursday, GBP/USD has staged a rebound and settled above 1.2100. Nevertheless, the pair could find it difficult to gather further recovery momentum following the Bank of England's (BOE) remarks on the economic outlook.

As expected, the BOE hiked its policy rate by 50 basis points to 1.75% at its August policy meeting. The bank, however, noted that it was now projecting to the UK economy to go into recession in the fourth quarter of the year and continue to contract throughout 2023. Commenting on the policy outlook, "50 bps rate rise today does not mean we are now moving to a pre-determined path of raising rates by 50 bps per meeting," BOE Governor Bailey said and added that all options were on the table for the September meeting and beyond.

The sterling came under heavy selling pressure during the BOE event and caused GBP/USD to fall sharply. The fact that the pair's ensuing rebound was fueled by the broad dollar weakness rather than the pound strength suggests that it could quickly turn south on dollar-positive market developments.

Later in the day, the July jobs report from the US will be watched closely by market participants. Analysts expect Nonfarm Payrolls (NFP) to rise by 250,000. A stronger-than-forecast NFP print coupled with a strong wage inflation figure could help the dollar outperform its rivals and weigh on GBP/USD.

On the flip side, the greenback could have a tough time attracting investors if investors continue to scale down 75 bps September Fed rate hike bets on a disappointing labor market report. Nevertheless, GBP/USD's potential gains should be capped by significant technical levels in that scenario. 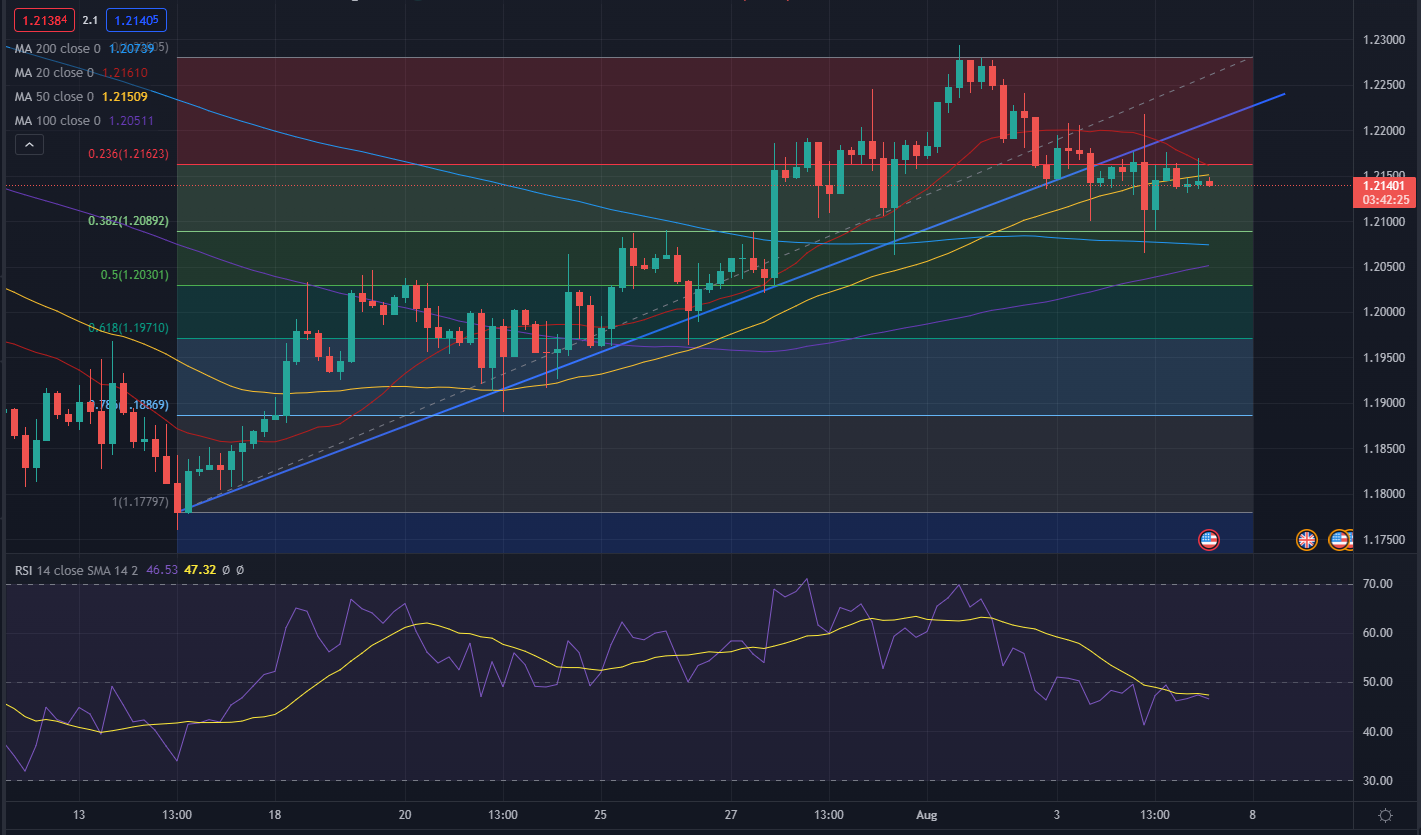 GBP/USD faces immediate hurdle at 1.2160 (Fibonacci 23.6% retracement of the latest uptrend, 20-period SMA on the four-hour chart). Above that level, the ascending trend line forms key resistance at 1.2200. Only a daily close above that level could be seen as a bullish development and open the door for an extended rebound toward  1.2275 (the end-point of the uptrend).