With both Leo Varadkar and Boris Johnson talking up the prospects of a Brexit deal, sterling jumped sharply yesterday. Closing 235 pips higher on the day formed the strongest bull candle since March on Cable. This has broken a three week downtrend and dragged improvement through momentum indicators. Trading sterling without keeping one eye on the newsflow is risky right now. The technical signals have swung positive, with a closing breakout above near term resistance at $1.2415 which is also a pivot. This opens the prospect (unless the deal prospects are scuppered) of a move to test the $1.2580 resistance of the September high now. Closing back under $1.2415 would be disappointing and could lead to a slip back into $1.2300 area again. However, for now, as long as prospects of a US/China trade deal remain positive and Brexit deal prospects remain constructive, Cable should remain supported. 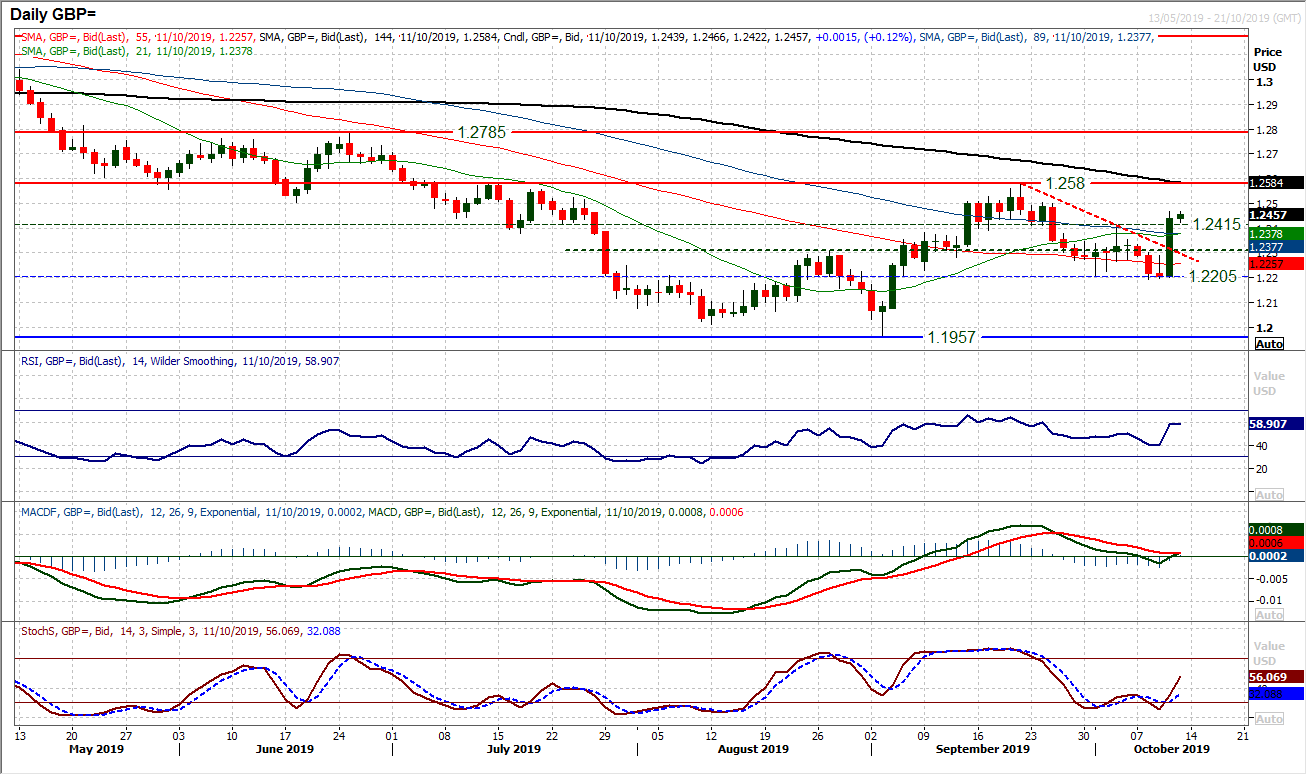