EURUSD has hardly gained ground above the 15-month low of 1.1523, although the recent weak bullish effort could see further extension above the 1.1665 strong resistance level. The RSI indicator is trying to improve above the neutral threshold of 50 and the MACD oscillator is moving above its trigger and zero lines.

If the bulls lose the battle and the price falls below the 1.1523 trough, immediate support could form around the barrier of 1.1450, which was last active in June 2020. Below that point, traders may look for support for 1.1365.

In the long-term, only a sustained move above the critical resistance level of 1.1665 and more specifically, a daily close above the 200-day SMA would break the negative trend. 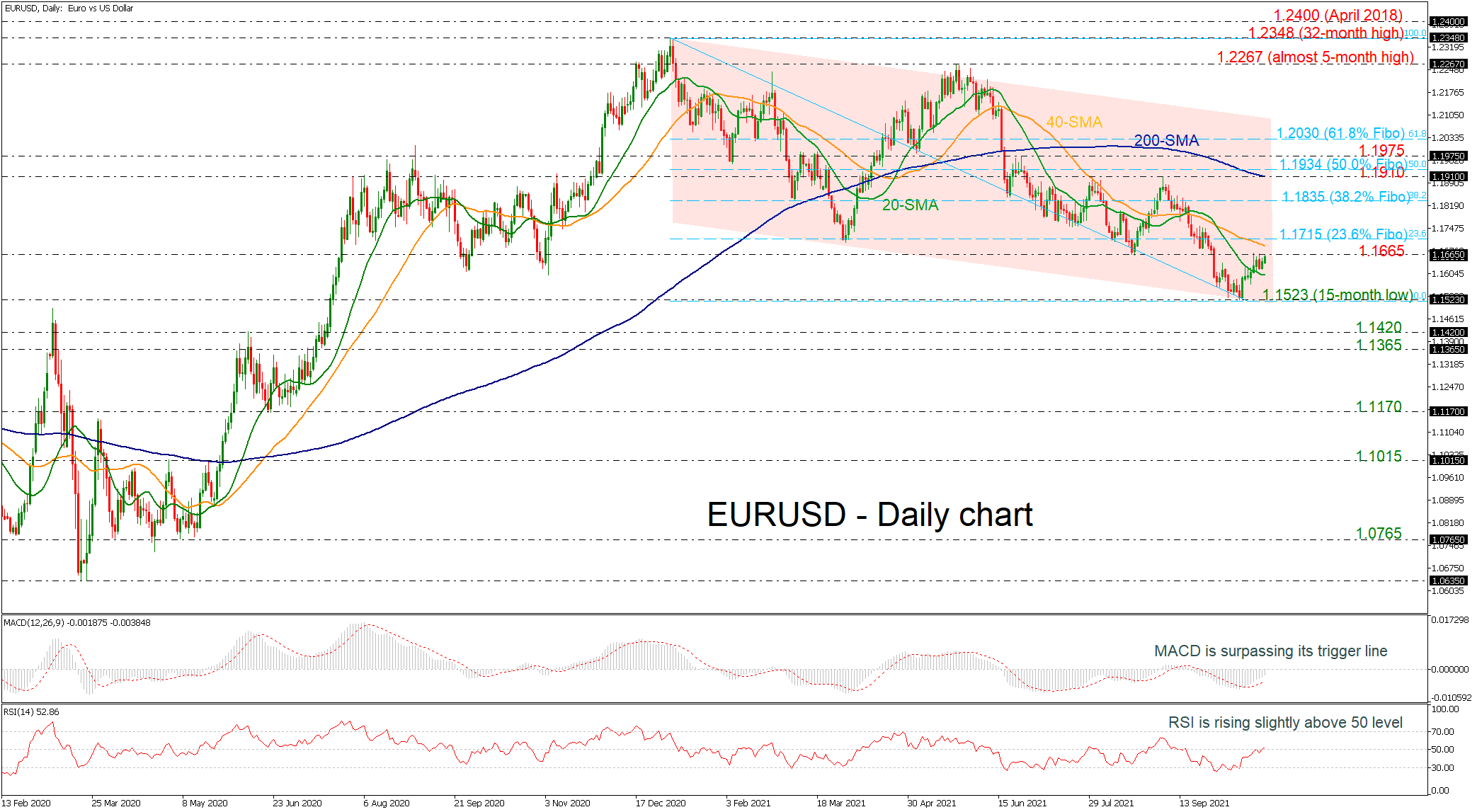