EUR/USD is holding gains from the previous session after ending Wednesday 0.2% higher. Improved sentiment following the signing of the US – China trade deal (finally!) helped lift the common currency versus the safe haven greenback, however the euro is struggling to push higher after the trade deal left many questions unanswered and lacked any timetable surrounding phase two talks.

EUR/USD traders will now look ahead to a packed calendar of events which could drive movement in the currency pair.

The minutes from the December ECB meeting are due to be released at 12 GMT. This was Christine Lagarde’s first meeting at the helm, whereby the central bank kept policy unchanged after cutting the overnight rate by 10 basis points in November. Traders will scrutinise the minutes closely for further clues

US retail sales are expected to show sales increased 0.3% month on month in December, up from 0.2% in the previous month. The US labour market and consumer confidence is solid which could help buoy retail sales.  A strong reading could boost USD.

ECB President is due to speak in Frankfurt. Traders will be listening closely for remarks over the health of the eurozone economy. Recent data from German, shows GDP slowed to 0.6% yoy, down from 1.5%. Whilst inflation remains lacklustre at 0.5%. So far, we have not heard too much from Christine Lagarde and how she intends to tackle slowing growth and muted inflation.

EUR/USD gained 0.2% in the previous session. The pair is trading above its 50, 100 and 200 sma on 4-hour chart indicating bullish momentum.

Immediate resistance can be seen at at $1.1164 yesterday’s high will need to be overcome, to advance to resistance at $1.12. 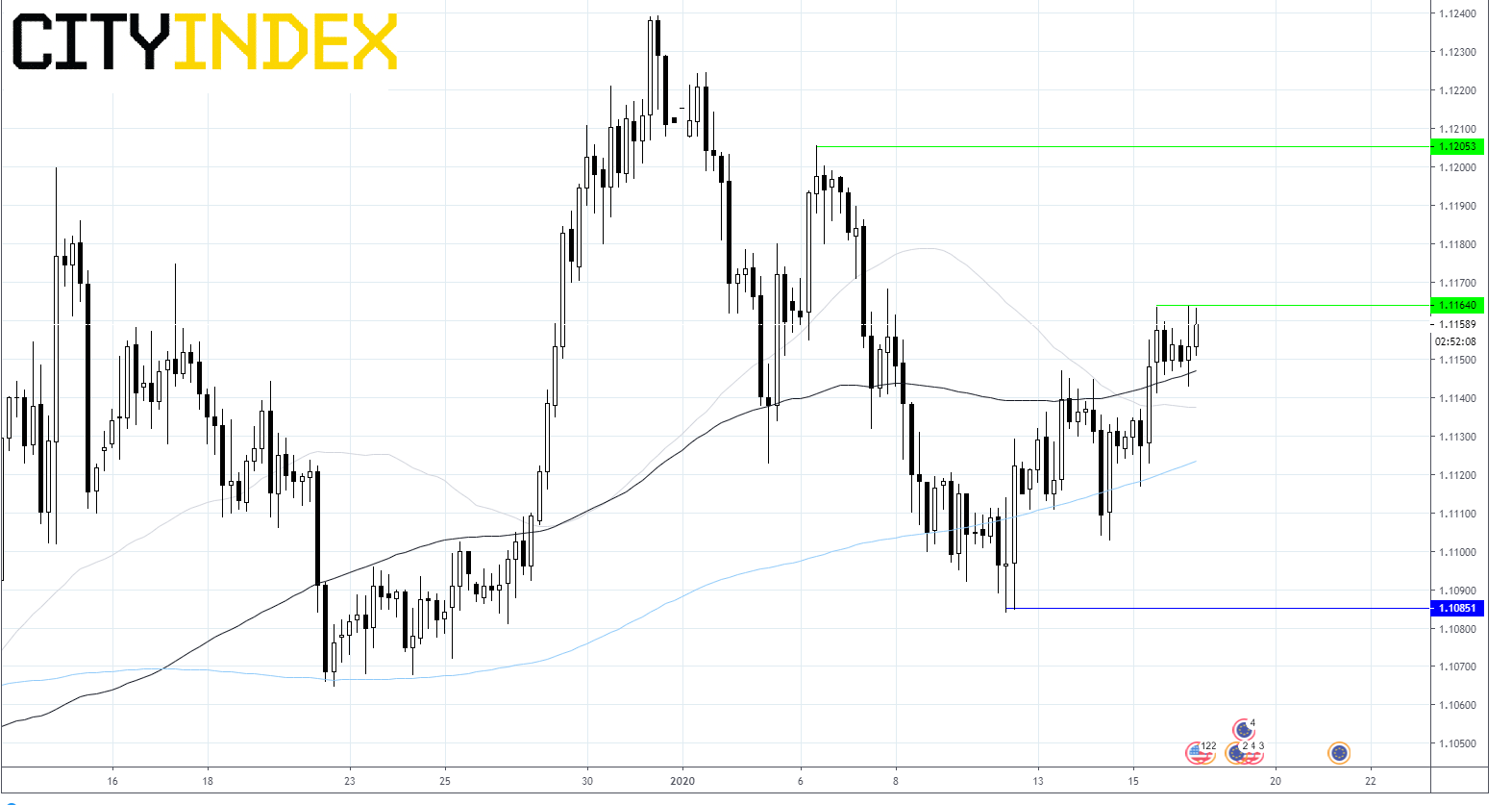