Global equity bulls were missing in action on Thursday, after weaker corporate earnings, soft economic data from China and heightened political drama in Spain encouraged investors to head to the sidelines.

Interestingly, Asian shares concluded higher on Friday amid confidence over the global economy, while European stocks found support in the form of the US Senate passing a budget proposal – a big step for tax reforms. With the renewed sense of optimism over Donald Trump's tax reforms stimulating investor appetite for riskier assets, Wall Street could receive a boost this afternoon.

The dollar was king today, following reports of the US Senate passing a budget blueprint, which was an important step for Republicans to push ahead with tax reforms.

With the Senate voting 51-49 late on Thursday to the pass the bill, it appears that Trump's hopes of moving forward with the planned $1.5 trillion tax-cut package, are gaining traction.

While Dollar bulls may benefit from the renewed sense of optimism over Trump's tax reforms, some headwinds could come in the form of uncertainty over who the next chair of the Federal Reserve will be. With markets speculating that Trump may appoint Jerome Powell, who is seen as a dove, to become the next Fed head, bears could make an unwelcome appearance. It should be kept in mind that a dovish Fed Chair has the ability to weigh on the prospects of higher US interest rates in 2018, consequently pressuring the dollar.

Sterling punished by a BoE dove

Sterling extended losses against the Dollar on Friday morning, after dovish comments from Bank of England Deputy Governor Jon Cunliffe, prompted investors to reassess the likelihood of a rate hike in November.

After Cunliffe stated on Thursday that there was no clear case for a rate hike in the near future, speculation is now mounting that two of the central bank's nine policy makers will not be voting for a rate hike in November. The fact that Sterling sharply depreciated following Cunliffe's comments, continues to highlight how the currency has become increasingly sensitive to monetary policy speculation.

Theresa May has admitted for the first time that Brexit talks have been in "difficulty", which is likely to punish Sterling further. With political risk at home, weak economic fundamentals and Brexit uncertainty all weighing heavily on Sterling, further downside is on the cards. Even if the Bank of England raises interest rates in November as is widely expected, in an effort to limit inflation, this may not be enough to heal the bruised buying sentiment towards Sterling.

From a technical standpoint, the GBPUSD has broken below the 1.3150 which may encourage a decline towards 1.3050. 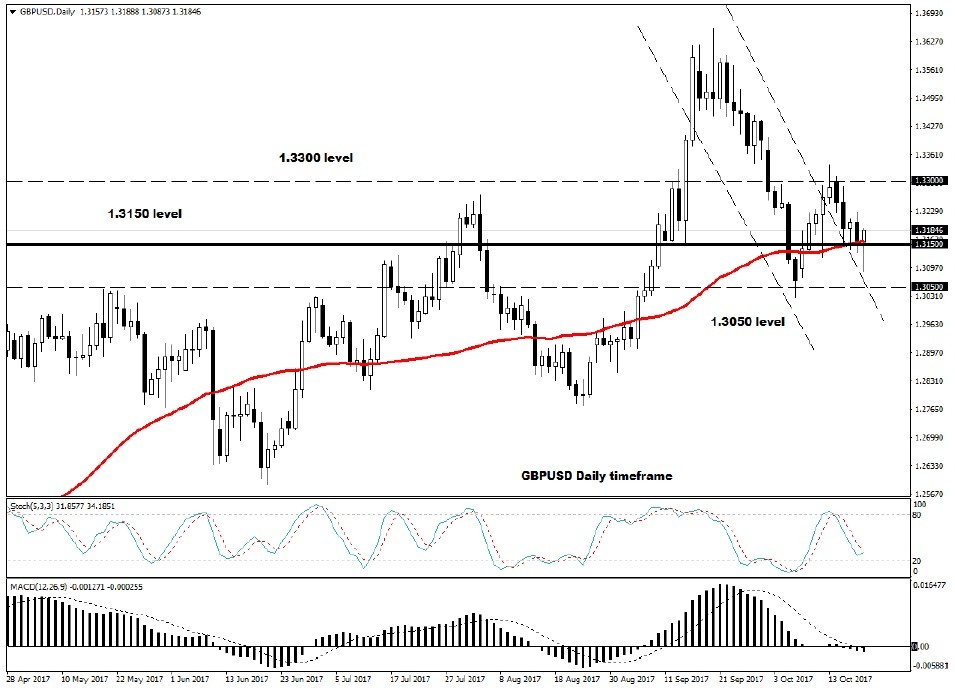 This has certainly been another interesting week for Gold, which has tumbled more than 1.7% after closing above the $1300 level last week. The metal has steadily depreciated in recent days, despite geopolitical tensions and political uncertainty supporting the flight to safety. There is a suspicion that the culprit behind Gold's selloff may be renewed optimism over Donald Trump's tax reforms. With the US Senate voting for new budget measures on Thursday, the possibility that proposed tax reforms will be passed has increased. This will likely boost the dollar, consequently pressuring Gold. From a technical standpoint, the yellow metal remains pressured below the $1300 level. Sustained weakness under $1280 may open a path towards $1267. 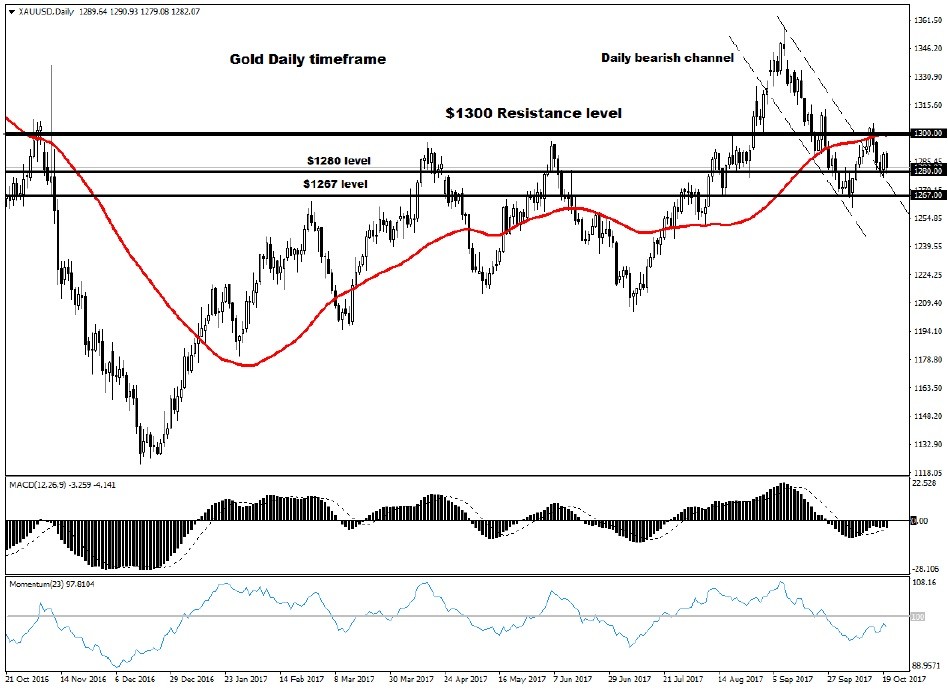 Let's not forget about Bitcoin...

Could everybody's favorite cryptocurrency be gearing up for another incredible appreciation, that pushes it above $6000?

With politicians, central banks and leading investment banks all showing a keen interest in Bitcoin, bulls are supported and can make another move at any moment. Taking a look at the technical picture, Bitcoin experienced a sharp decline on Wednesday, with prices almost hitting $5100 before losses were aggressively clawed back. This cryptocurrency continues to display its resilience on repeated occasions, with a solid breakout above the $5850 level paving a path towards $6000.