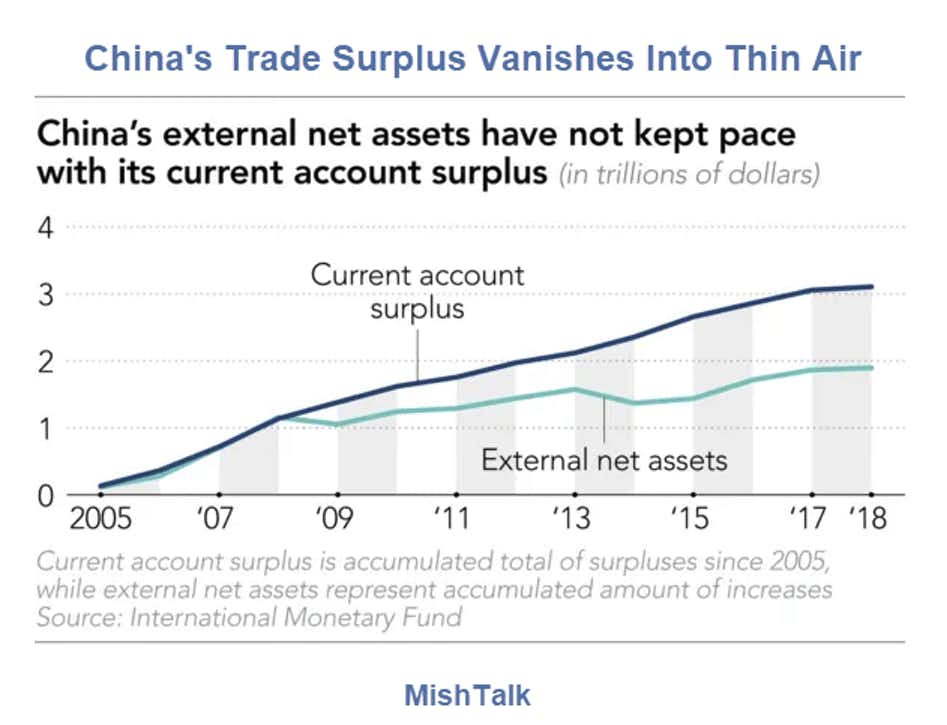 China's currency reserves ought to be increasing given its persistent trade surplus. They aren't due to capital flight. 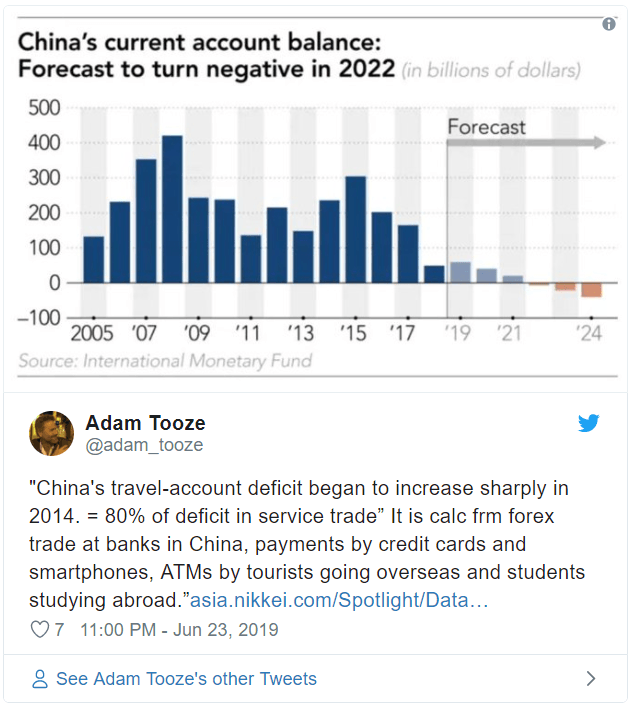 Question of the Day? 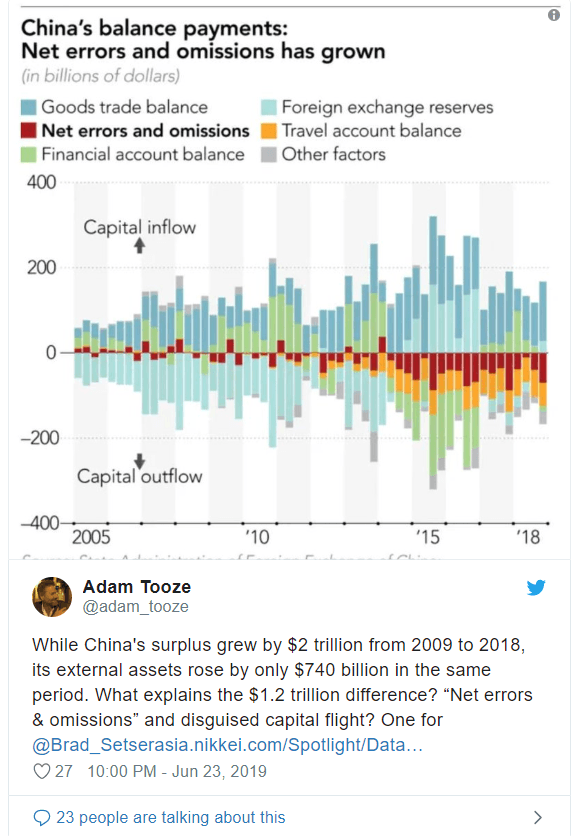 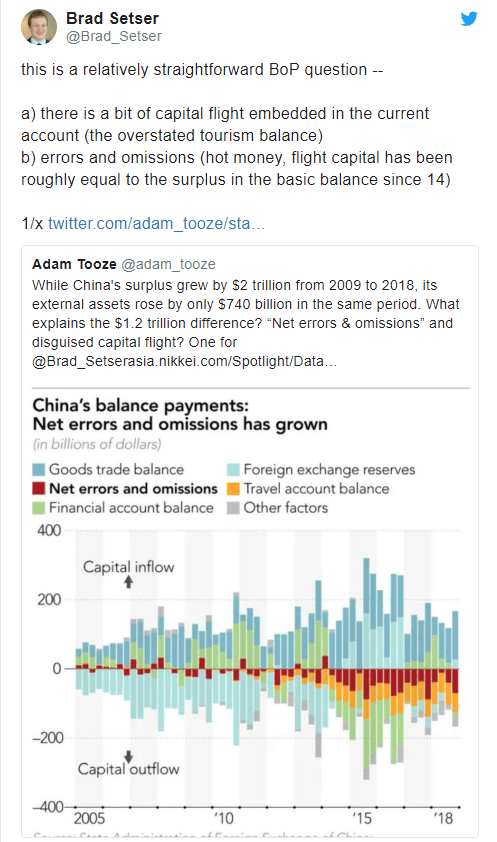 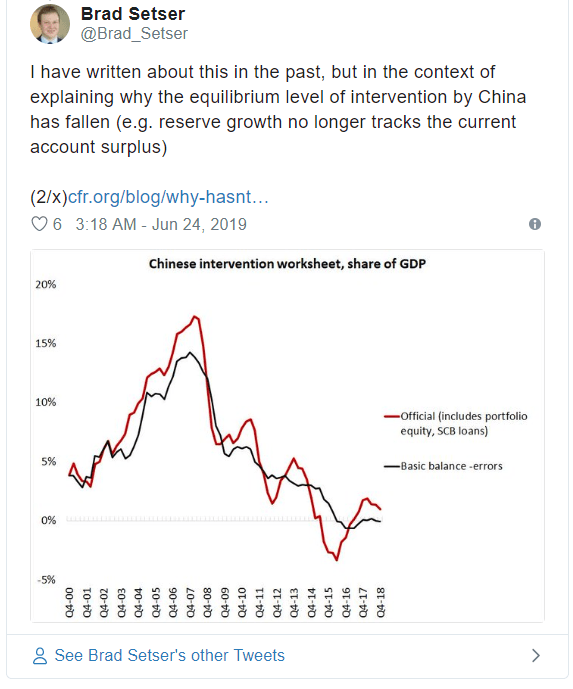 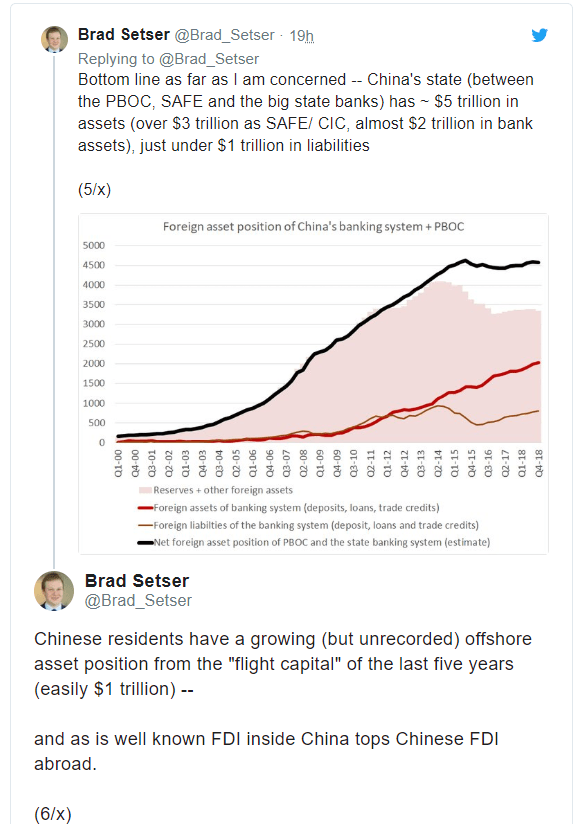 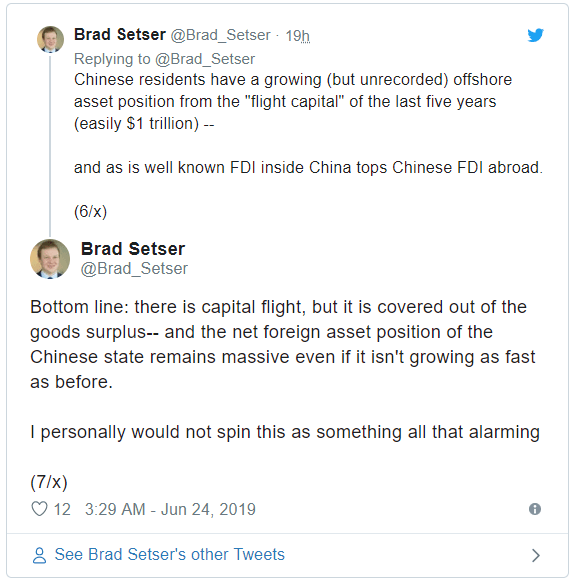 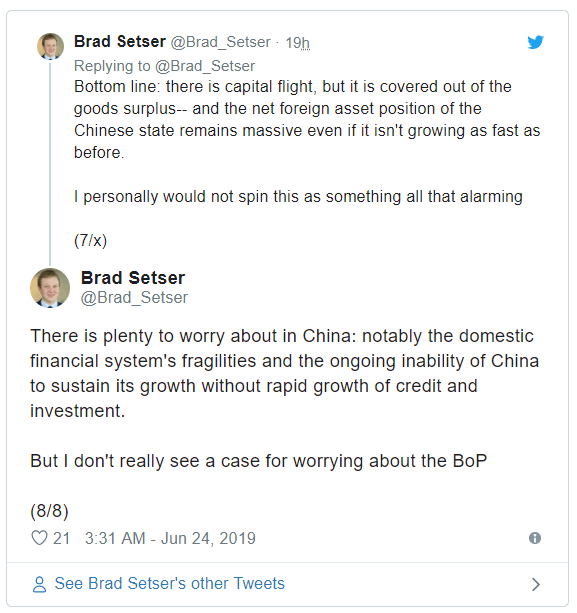 The IMF says China had $2.1 trillion in external net assets as of 2018 -- the third-largest total after Japan's $3.1 trillion and Germany's $2.3 trillion, but well below its current-account surplus.

Normally, a current-account surplus moves in tandem with an increase or decrease in external net assets. But while China's surplus grew by $2 trillion from 2009 to 2018, its external assets rose by only $740 billion in the same period.

The IMF says China had $2.1 trillion in external net assets as of 2018 -- the third-largest total after Japan's $3.1 trillion and Germany's $2.3 trillion, but well below its current-account surplus.

Yu Yongding, an economist and former member of the People's Bank of China monetary policy committee, offered a theory. If a Chinese company exports products worth $1 million to the U.S., it logs the amount as sales in trade with the U.S., according to Yu. But sometimes, only $500,000 ends up in the company's bank account in China, while the other half remains abroad.

Yu said the accumulation of such money explains a portion of the $1.2 trillion. In China's official statistics, a category called "net errors and omissions" covers such hazy transactions. For the 2009-2018 period, China recorded minus $1.1 trillion in this segment -- suspiciously close to $1.2 trillion. 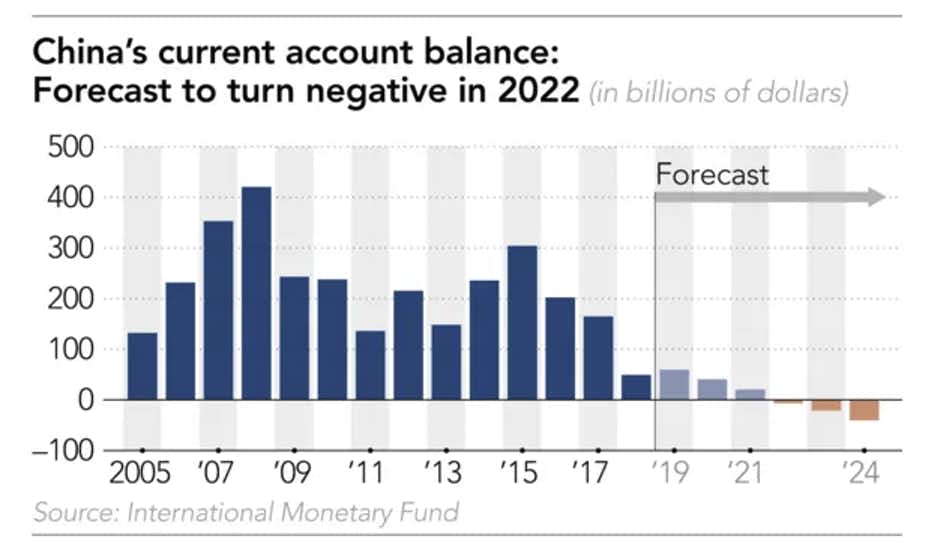 Setser does not see that yet and it's easy to dismiss the IMF because the IMF is wrong far more often than right.

Yet, assume the IMF is correct. Does this placate Trump?

Not quite. It is highly likely that China's surplus with the US simply moves elsewhere.

In response, a friend of mine summed up things nicely: "The world has just changed too radically for tariffs to work like Trump expects. It’s like trying to fight World War III with muzzle loaded guns."

If Trump puts tariffs on the entire world, few manufacturing jobs will return because everything is so automated. The only "success" Trump will see is turning the US into the highest cost producer.

Our Currency But Your Problem

This all goes back to Nixon who closed the gold window on August 15, 1971, ending redemption of dollars for gold. Nixon's treasury secretary then famously stated "The dollar is our currency but your problem."

Trump is fighting a 1968 Vietnam-style "guns and butter war" (wanting both) with tools that cannot possibly work.