The Australian dollar is in positive territory for a fourth straight day. In the European session, AUD/USD is trading at 0.7878, up 0.49% on the day.

It’s up, up, up for the Australian dollar. AUD/USD climbed 1.71 last week, its best one-week performance since November 2020. The Aussie hasn’t missed a beat after the weekend, rising 0.49% on Monday. The pair touched a high of 0.7889 earlier in the day, and looks poised to cross into 79-territory shortly.

The week started with a solid Australia retail sales report for March, which gained 1.3% (MoM) and 2.0% (YoY).  This points to stronger consumer spending, as the Australian economy continues its impressive recovery from the downturn due to Covid. Commodity prices continue to move higher, led by copper and iron ore. This is good news for the Australian dollar, as Australia is a major producer of both materials.

The RBA Monetary Policy Statement, released quarterly, reiterated the bank’s updated economic forecasts. Unemployment is projected to drop to 5.0% from 6% at the end of 2021, and GDP was revised upwards, from 3.5% to 4.75%. Still, the RBA remains in dovish mode, saying that it does not expect inflation to reach 2% before 2023. The central bank has said that it will not raise interest rates before inflation is within its target band of 2% to 3%, so unless the economy outperforms significantly, we can expect interest rates to remain at ultra-low levels.

The market was in a party mood on Friday ahead of US nonfarm payrolls, but it rained on the party, as the economy created just 266 thousand jobs, nowhere near the estimate of 990 thousand. There were expectations that NFP would break above the one-million mark, and some analysts even projected a reading above the two-million mark. The unemployment rate rose to 8.1%, up from 7.8%.

Still, the news was not all bad, as wage growth rebounded with a strong gain of 0.7%, after a read of -0.1% beforehand. The US economy remains in good shape, and investors are unlikely to let a weak NFP report ruin optimism over the economy. 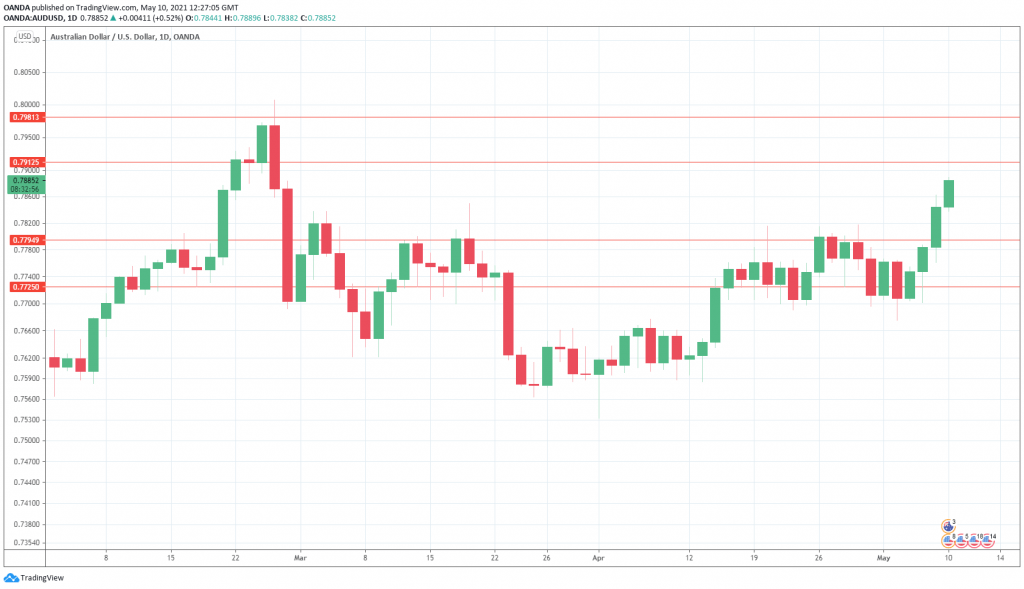