Last Thursday’s signals were not triggered as the bullish price action at 0.7085 was too slow to trigger an entry, but that level acted as good support and is still valid today.

Trades must be taken from 8am to 5pm Tokyo time Tuesday.

I wrote last Thursday that as there was no direction here on any time frame except the shortest, the best opportunities which could arise here in this pair were fast reversals on short time frames at the extremes of price at 0.7054 and 0.7139. This did not work out but at least was enough to stay out of trouble, with the picture becoming more bullish as 0.7085 held as good support and then subsequently 0.7133 did too. The problem is that if you zoom out to the daily time frame on a price chart you see the price has been going sideways with a lot of choppy action over the long-term, meaning that any kind of trading with the trend is going to have a doubtful chance of success. I take no directional bias unless the RBA release later is seen as more bullish than expected, in which case we will be likely to see a further bullish move at that time. 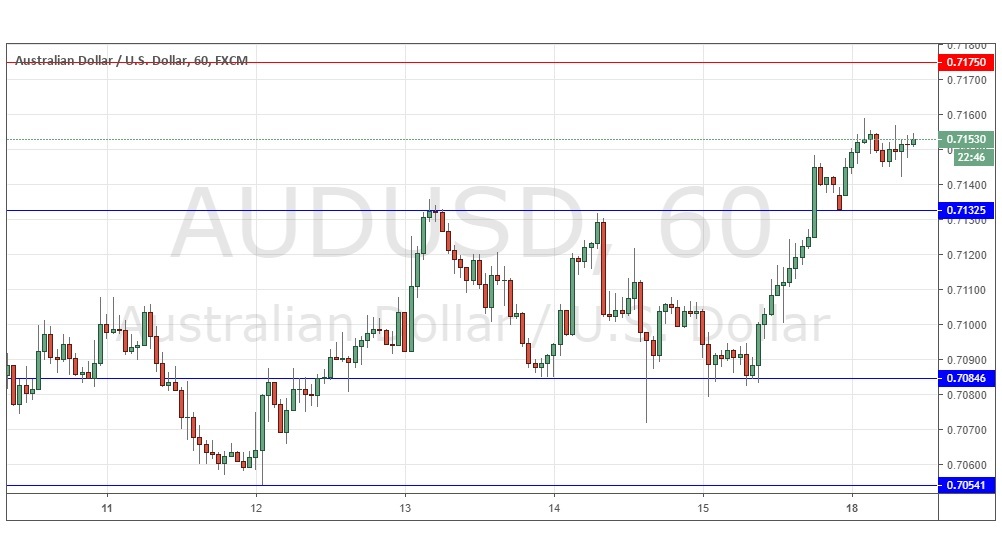 Regarding the AUD, there will be a release of the RBA’s Monetary Policy Meeting Minutes at 12:30am on Tuesday. Concerning the USD, it is a public holiday in the U.S.A.