The AUD/USD pair is finishing the week pretty much as it started it, a handful of pips below the 0.6900 figure. The pair seesawed between gains and losses every single day of the week but ended them with no substantial changes, in line with the absence of a dominant trend. The pair was unable to rally despite the broad dollar’s weakness that prevailed at the beginning of the week, peaking at 0.6933 on Thursday.

The Aussie was immune to rallying equities or upbeat Chinese data, although those prevented the pair from falling sharply, once the greenback recovered the market’s favor.

The US and China finally signed phase one of the trade deal, but there was so much anticipation to the event and so little progress in the trade war that the market remained indifferent to the event. It was negative as it only included China’s compromise to buy a certain amount of different goods and services, to which Vice Premier Liu added subtle conditions. On a positive note and within the signing ceremony, Trump announced they would discuss rolling back tariffs in the next phase of negotiations, meant to start “soon.”

Growth in the world’s second-largest economy met the market’s expectations, advancing at an annual pace of 6.0% in the last quarter of 2019, although other relevant figures were upbeat. Australian figures, on the other hand, as the TD Securities Inflation estimate for December printed at 1.4% YoY, below the previous 1.5%.

China won’t release relevant data these upcoming days, while Australia will publish next Thursday, January Consumer Inflation Expectations, foreseen at 3.8% from 4.0%,  and December employment data. The country is expected to have added 14K new jobs while the unemployment rate is expected to have increased to 5.3%. On Friday, attention will be on the preliminary estimates of the January Commonwealth Bank PMI. 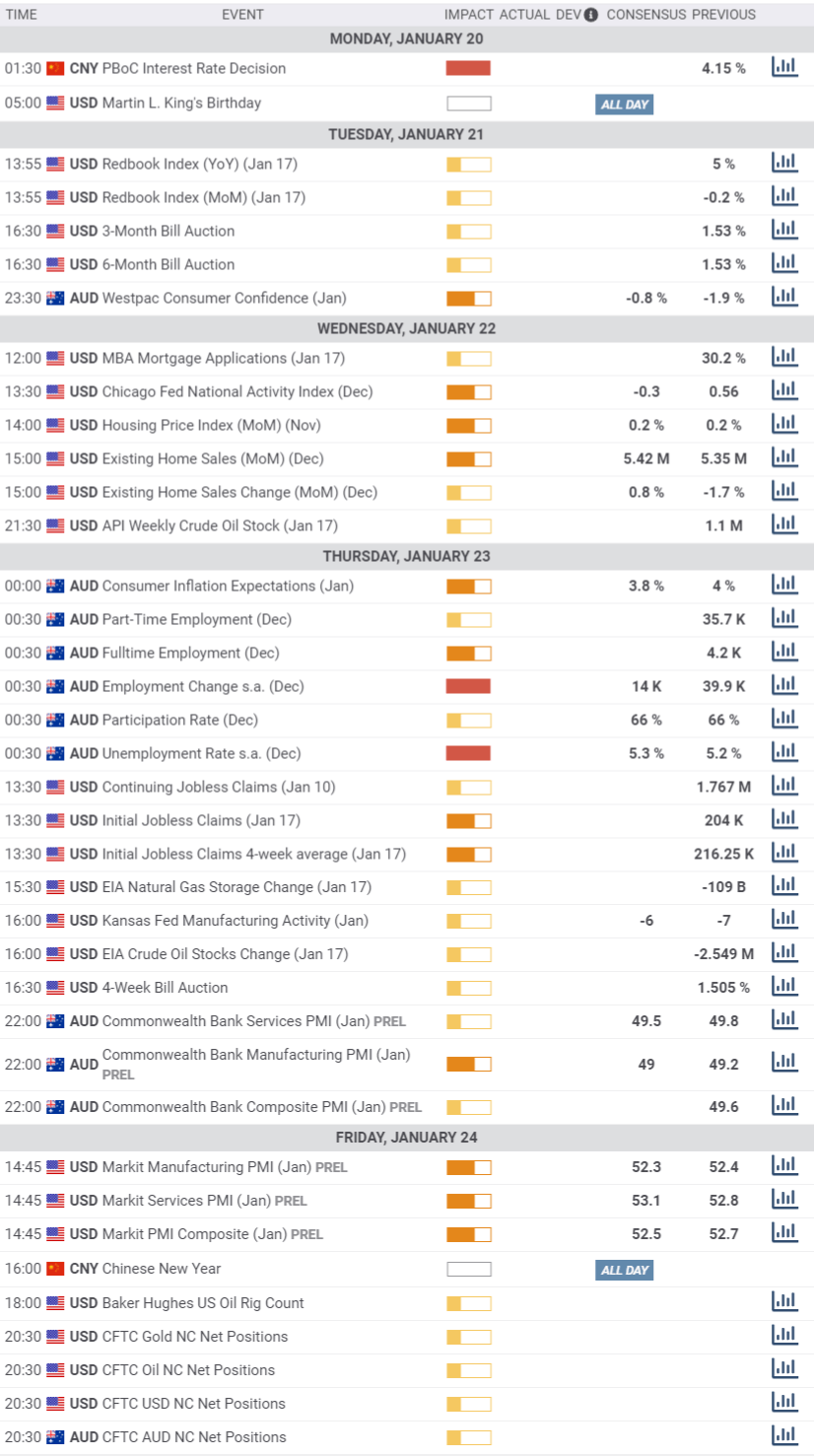 The AUD/USD pair keeps retreating from its December multi-month high of 0.7031and the fact that it’s closing the week below 0.6900 further discourages bulls. The weekly chart shows that the pair remains above a mild-bullish 20 SMA, but also that the 100 SMA retains its firmly bearish slope far above the current level. Technical indicators, in the meantime, eased within positive levels, barely holding above their midlines.

In the daily chart, the bearish case is stronger, as technical indicators head south within negative levels, with the Momentum accelerating and its lowest in almost two months. The price is below the 20 SMA and below a bearish 200 SMA, which adds to odds for a bearish extension. 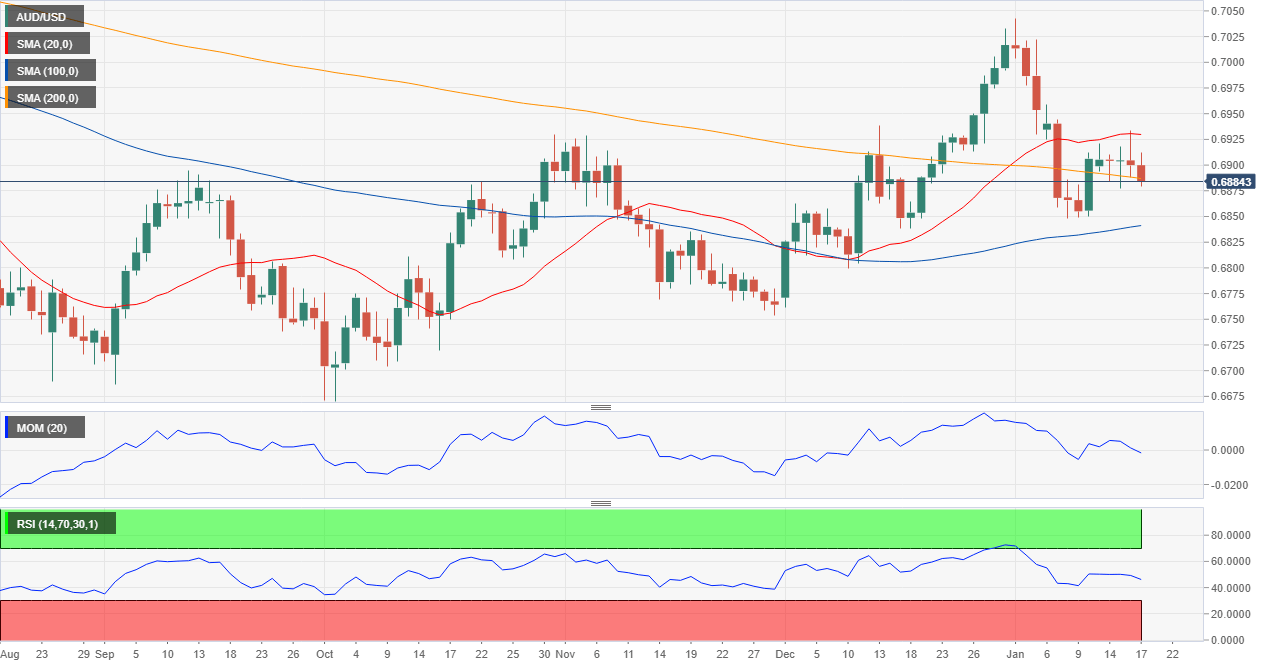 The FXStreet Forecast Poll indicates that the market is not yet fully convinced on buying the greenback, seen down against most major rivals. In the case of the AUD/USD pair, bulls are a majority, although the number of those betting for an advance decrease as time goes by. Bulls account for the 57% of the polled experts in the weekly perspective and go down to 42% in the quarterly view. On average, the pair is seen holding below 0.700, with a few chances of breaking above the level in the monthly view.

The Overview chart shows that the monthly moving average turned north, while in the quarterly view is also bullish, with a large accumulation of possible bullish targets in the 0.70/0.71 region.

USD/JPY Forecast: How high can the trade deal take it? Eyeing US PMIs and the BOJ

GBP/USD Forecast: To cut or not to cut? Critical data to determine BOE moves, pound direction