While oil rebounds, $80 is the key price level to watch for.

Time for Some Fundamental Analysis

With supply slipping and solid prospects for demand, the black gold continues to rise, notably dragged by natural gas along with it, as we may see a shift in demand from natural gas to oil. A barrel of North Sea Brent for November delivery peaked at $79.50, up 1.4% from Friday's close. After four consecutive sessions in the green, buyers are not weakening. According to Goldman Sachs, the recovery in global demand is indeed faster than expected.

On the supply side, U.S. production in the Gulf of Mexico is still cut by some 300,000 barrels per day, a month after Hurricane Ida hit, according to the latest data from the Bureau of Safety and Environmental Enforcement (BSEE). In this environment, the OPEC+ meeting next Monday should raise more attention, even though an immediate change in the cartel’s policy seems unlikely for now.

On the UK side, BP said 30% of its gas stations ran out of fuel on Sunday as a rush of panicked consumers to pumps forced the British government to suspend competition rules. According to major oil groups, a shortage of truck drivers makes it difficult to get fuel from refineries. Some operators had to implement rationing while others have closed stations. 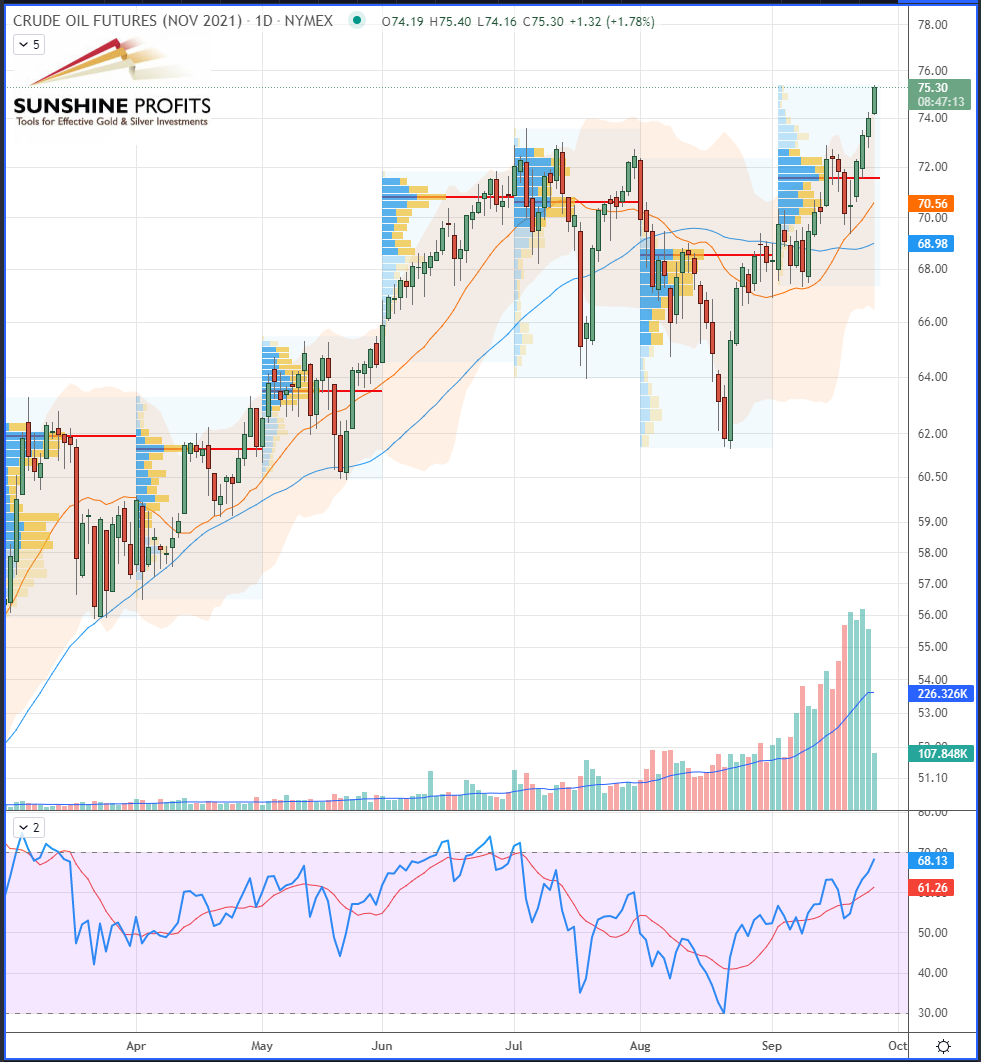 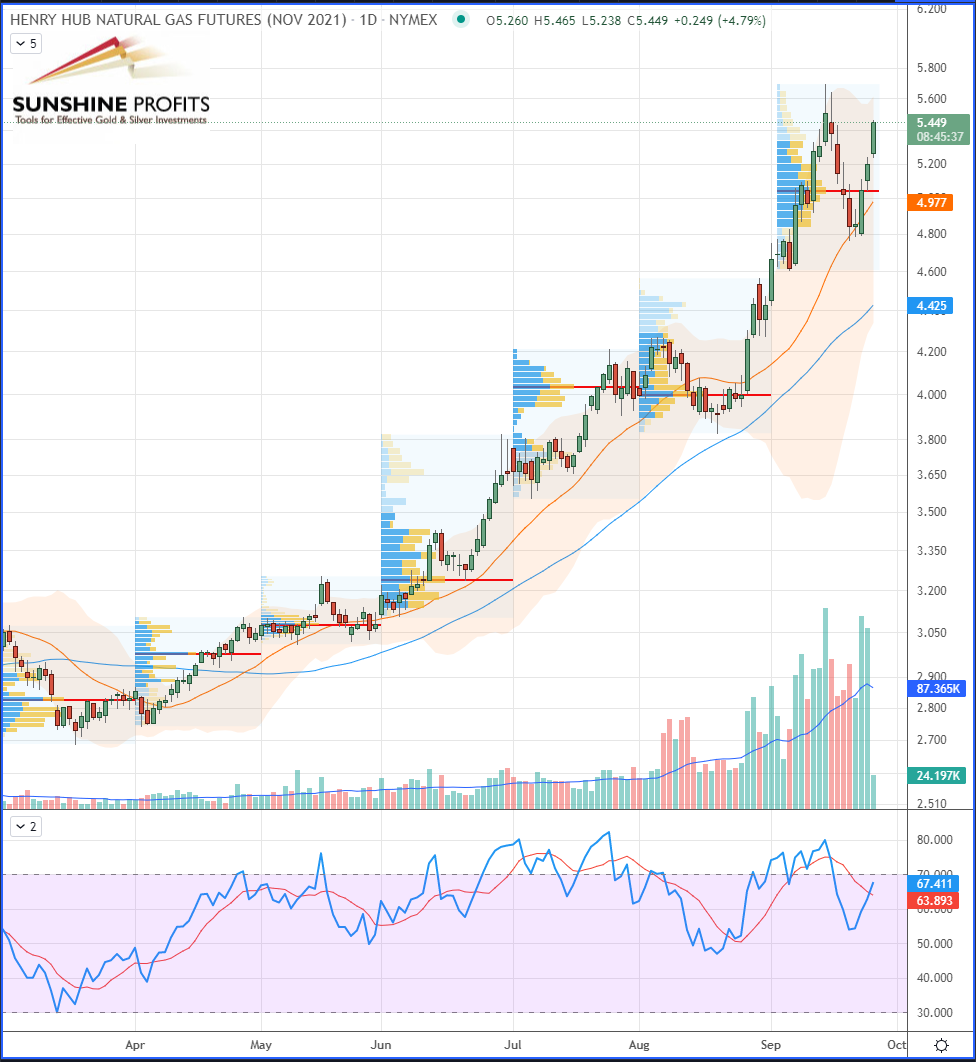 In brief, crude oil is surging. Natural gas rebounded to get back to its previous highs. I’ll assess the current moves and be waiting to see how the $80 level will act both as a psychological and technical resistance level on the Brent prior to drawing new projections. Detailed positions can be found in my premium  Oil Trading Alerts. For the time being, given the increasing volatility, my conclusion is that there is too much risk to enter any trade right now.