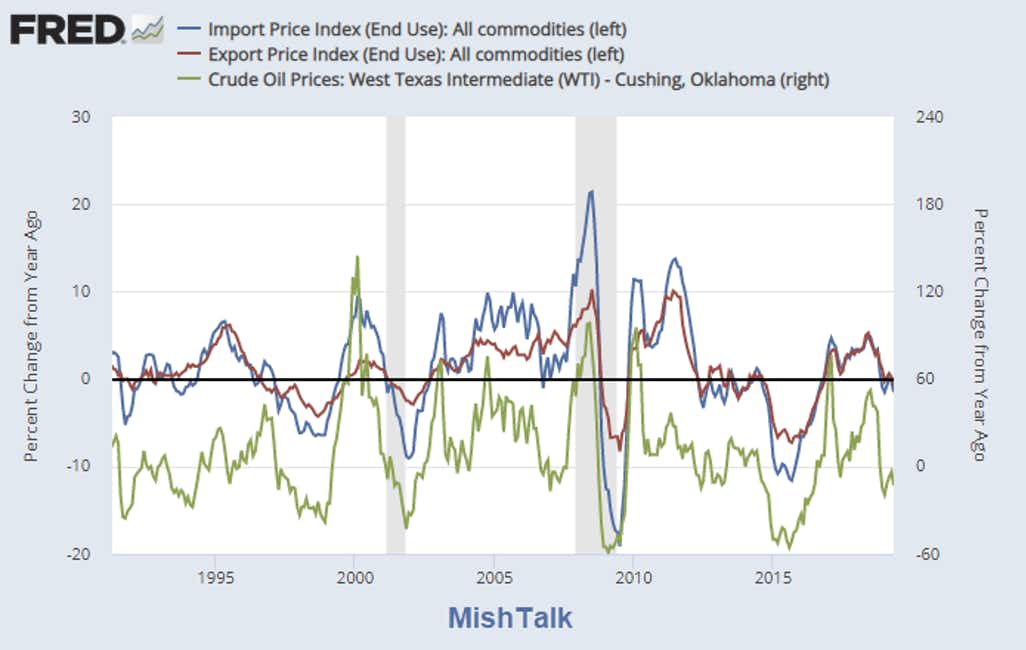 Prices for U.S. imports declined 0.3 percent in May, the U.S. Bureau of Labor Statistics reported today, the first monthly decline since a 1.4-percent drop in December. Import prices advanced 1.8 percent from December to April before the downturn in May. The price index for overall imports decreased 1.5 percent over the past 12 months, matching the drop in January. These were the largest over-the-year declines since the index fell 2.2 percent in August 2016. 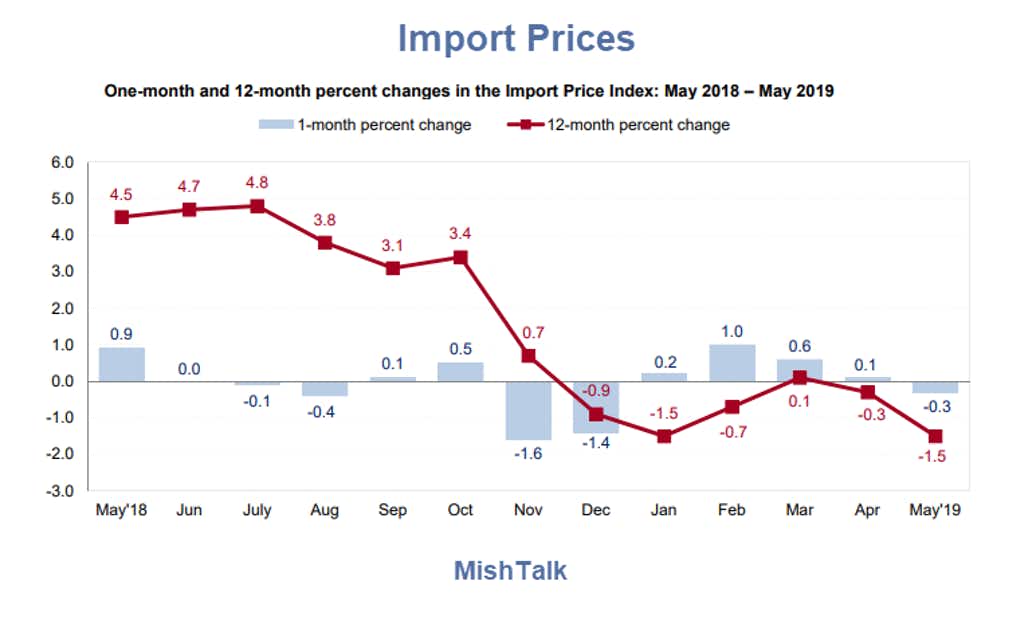 Fuel Imports: Import fuel prices declined 1.0 percent in May, after rising 25.4 percent over the previous 4 months. Lower prices for both petroleum and natural gas contributed to the May decline. Petroleum prices fell 0.9 percent in May, after a 4.7-percent advance in April. The May decrease was the first monthly decline since a 15.3-percent drop in December. Natural gas prices fell 6.8 percent in May following a 51.1- percent decline the previous month. Overall fuel prices decreased 1.1 percent over the past year. The decline was driven by a 1.9-percent drop in petroleum prices which more than offset a 2.5-percent rise in natural gas prices. 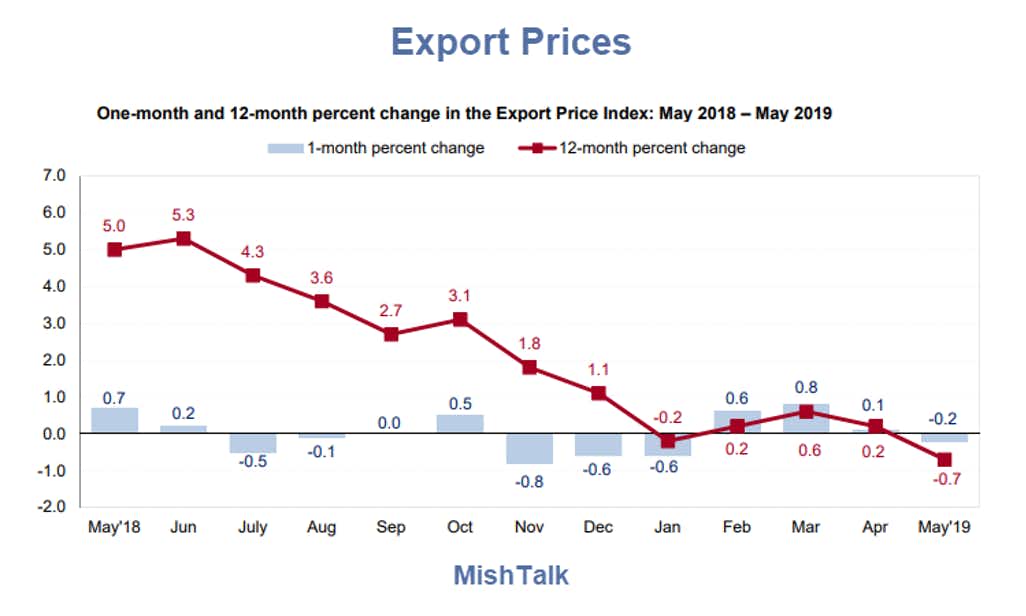 Agricultural Exports: The price index for agricultural exports declined 1.0 percent in May, after decreasing 1.5 percent the previous month. In May, lower prices for soybeans, wheat, and fruit more than offset higher prices for meat and vegetables. Agricultural export prices fell 5.3 percent over the past year, the largest 12-month drop since the index declined 9.1 percent in April 2016. A 20.6-percent decrease in soybeans prices for the year ended in May led the overall decline in agricultural prices. The drop in soybeans prices more than offset higher vegetable prices over the past 12 months.