West Texas Intermediate (WTI) crude, the North American oil benchmark, is trading 0.15% lower on the day at $40.90 per barrel.

The pattern indicates a sharp increase in the selling pressure – a sign of bears testing bulls' resolve – and is considered an early sign of impending price drop, especially when it appears following a notable price gain, which is the case here. WTI has created a hanging man pattern following a rise from $36.63 to levels above $41.00

As such, the path of least resistance now appears to be on the downside. The immediate support is seen at $39.22 (Thursday's low). 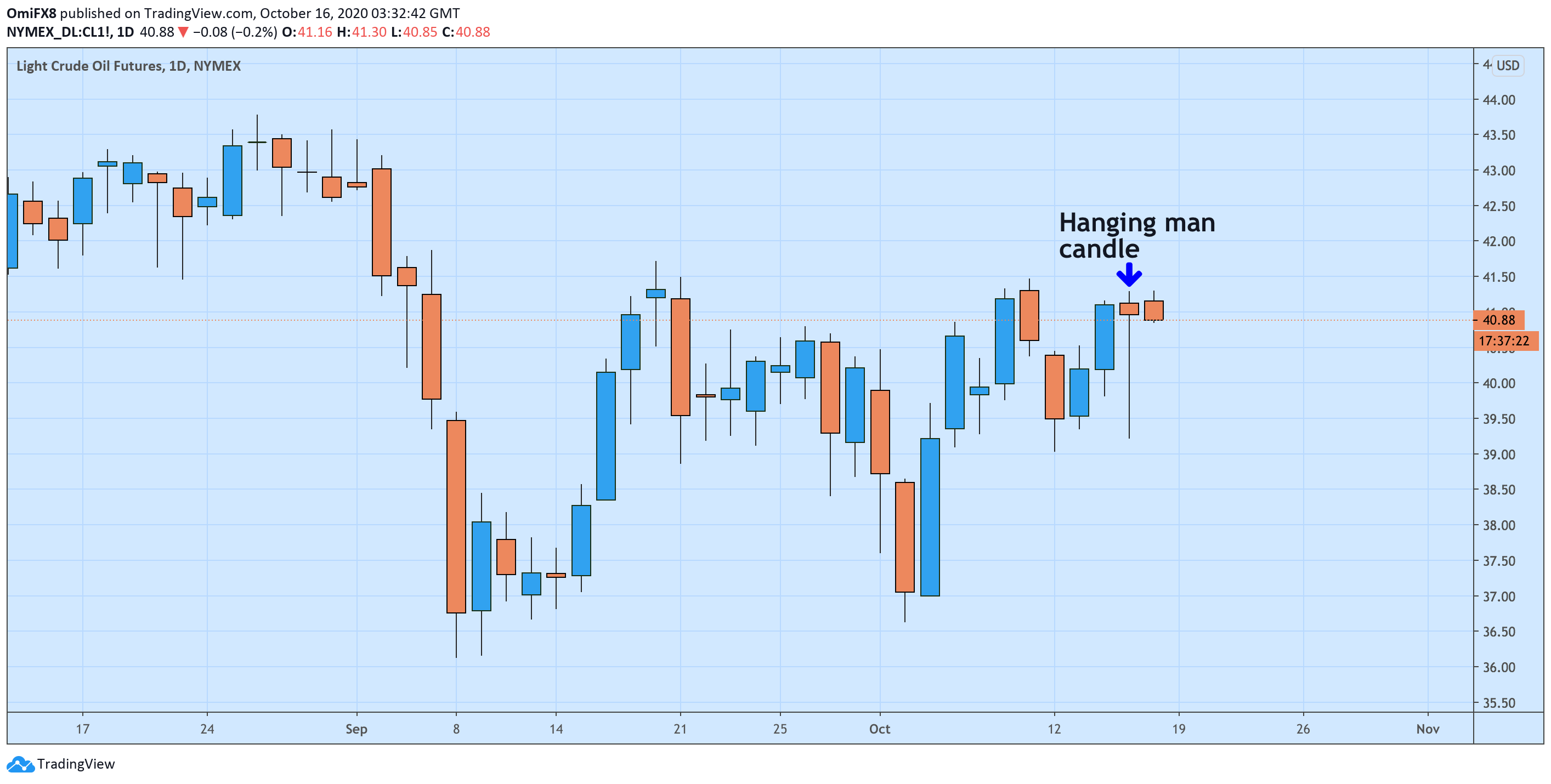