The UK retail sales, scheduled to be published later this session at 0830 GMT, are expected to drop 0.3% m/m in April, following a 1.1% rebound seen in March. Total retail sales are seen arriving at 4.6% over the year in the reported month, down from 6.7% booked previously.

Readers can find FX Street's proprietary deviation impact map of the event below. As observed the reaction is likely to remain confined between 10 and 70 pips in deviations up to 3.5 to -1.5, although in some cases, if notable enough, can fuel movements of up to 100 pips. 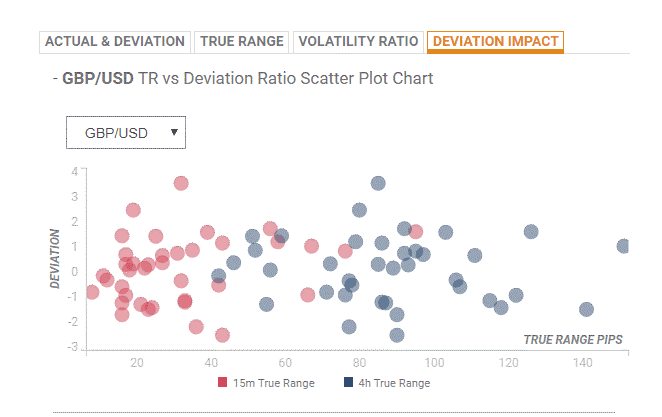 FXStreet’s Analyst Haresh Menghani notes: “the technical picture remains tilted in favor of bearish traders and any subsequent recovery seems more likely to confront stiff resistance near the 1.2700-1.2710 region. However, a sustained move beyond the mentioned hurdle might trigger a short-covering bounce but seems more likely to remain capped near an important horizontal support break-point now turned resistance near the 1.2790-1.2800 area.”

“On the flip side, the 1.2600 round figure mark now seems to have emerged as immediate support, which if broken might turn the pair vulnerable to accelerate the slide further towards challenging the key 1.2500 psychological mark in the near-term,” Haresh adds.

About the UK retail sales

The retail sales released by the Office for National Statistics (ONS) measures the total receipts of retail stores. Monthly per cent changes reflect the rate of changes in such sales. Changes in Retail Sales are widely followed as an indicator of consumer spending. Generally speaking, a high reading is seen as positive, or bullish for the GBP, while a low reading is seen as negative or bearish.