If these losses are held through Friday's close, it will be the biggest weekly decline since the third week of September.

China's industrial profits rose for the sixth straight month in October, and at the fastest rate in nine years, data released early Friday showed. So far, however, the data has failed to put a bid under the yuan. The greenback is reportedly benefitting from the month-end corporate demand for the US dollar.

Besides, the USD/CNY pair looks oversold, according to the below-30 reading on the 14-week Relative Strength Index. As such, a corrective bounce could be seen in the next couple of weeks. 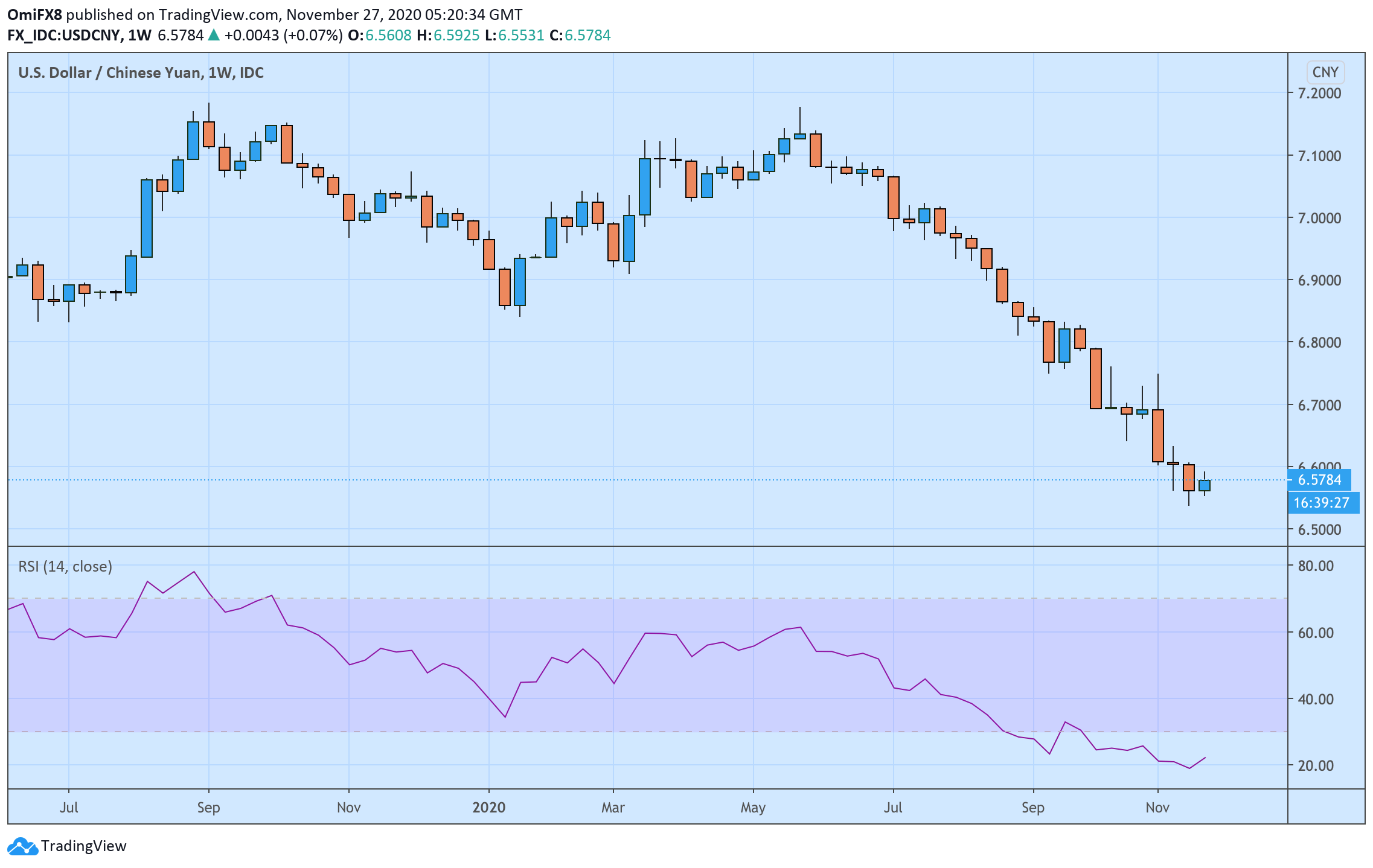