On Thursday, the USD/CHF grinds higher amidst an upbeat market mood, up some 0.37% in the North American session. At the time of writing, the USD/CHF is trading at 0.9535.

So far, the market sentiment remains positive, as the European and US equities are trading in the green. US Treasury yields increased during the North American session, underpinning the greenback. The US Dollar Index, a gauge of the buck’s value vs. a basket of its peers, edges up 0.17%, sitting at 100.514, near the daily highs, after falling under the 100.00 threshold.

The Swiss franc fall is courtesy of market sentiment. Due to its status as a safe-haven peer, it usually depreciates in times of risk-on market mood. Also, the Swiss National Bank (SNB), one of the most actives central banks in FX, favors a weak CHF, so it’s not rare seeing it intervening in the USD/CHF and the EUR/CHF pairs.

The last two days’ USD/CHF price action kept the bullish bias on the pair, further confirmed by Wednesday’s close above 0.9480. The daily moving averages (DMAs) reacted to recent price action and turned upwards, but the Relative Strength Index (RSI) at 71.26, within the overbought territory, might put a lid on USD/CHF gains. 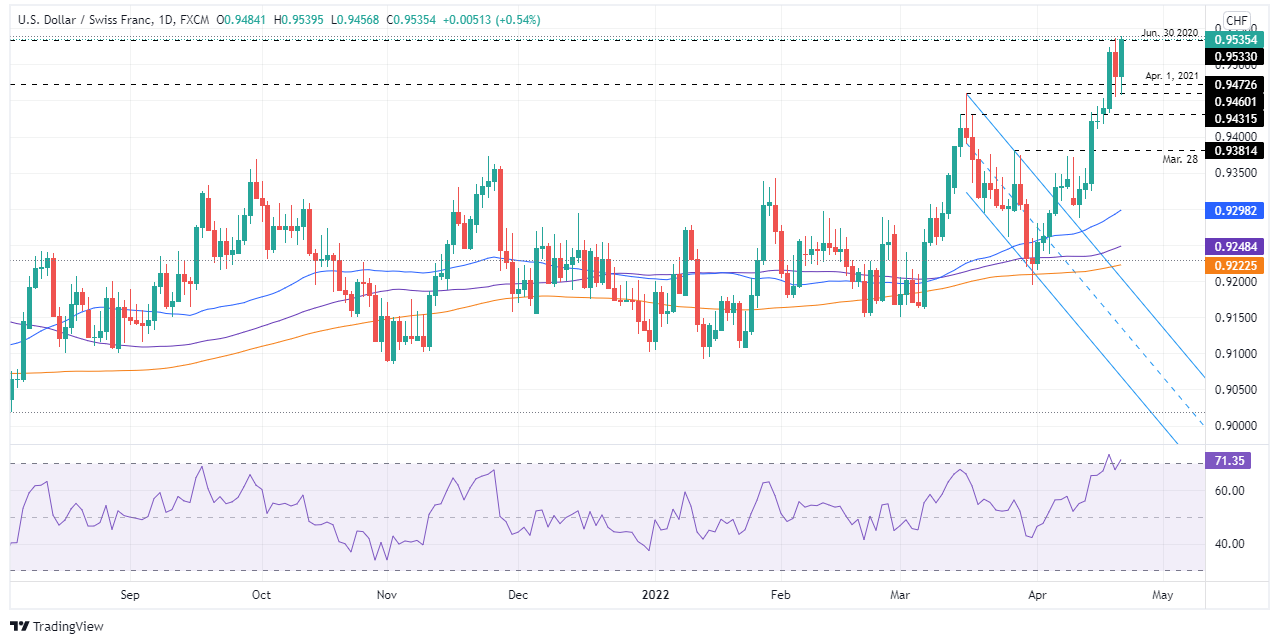