The Central Bank of the Republic of Turkey (CBRT) has announced a cut of 0.75% to the Overnight Lending Rate from 13.5% to 12.75%. It also slashed the Overnight Borrowing Rate to 9.75%. Some analysts expected a mere 50bp cut, but moves in the recent past suggested otherwise.

Markets had been anticipating a rate cut and the Turkish lira recovered in response to the decision. USD/TRY has dropped toward 5.80.

The CBRT has exceeded market expectations with its monetary stimulus since Murat Uysal became Governor in 2019. President Recep Tayyip Erdoğan said before the decision that lower borrowing rates are coming, also taking some of the sting out of the reaction.

Here is the four-hour USD/TRY chart: 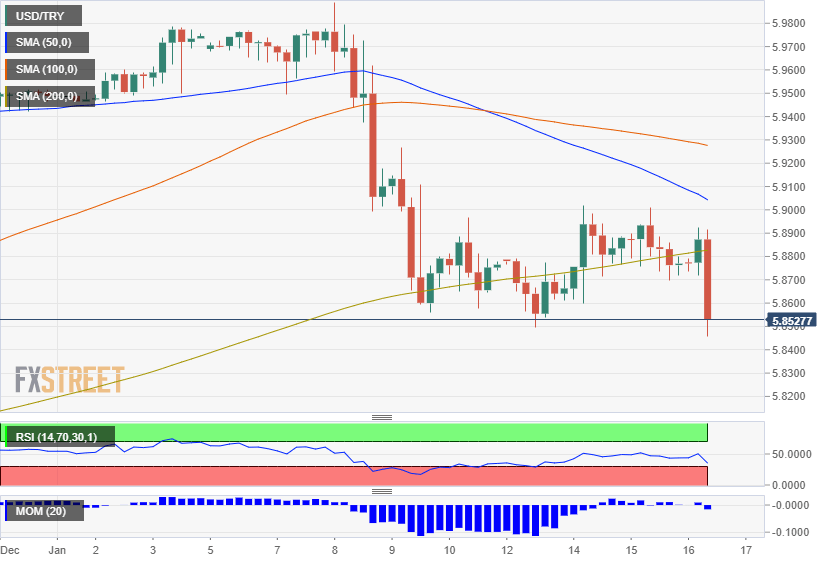