The NZD/USD pair extended its steady intraday fall and weakened further below the 0.6400 mark, hitting over one-week lows during the early European session.

The pair has now retreated back closer to last week's swing lows support, around the 0.6380 region. This comes on the back of the previous day's rejection near 200-hour SMA and support prospects for further weakness.

Meanwhile, oscillators on hourly charts have been drifting lower in the bearish territory and losing positive traction on the daily chart. This, in turn, reinforce the negative outlook amid a modest pickup in the USD demand.

Hence, some follow-through weakness back towards testing the very important 200-day SMA, around the 0.6320 region, now looks a distinct possibility. The said support coincides with the lower end of a short-term descending channel.

Against the backdrop of the pair's recent strong positive move witnessed over the past three months or so, the mentioned channel constitutes towards the formation of a bullish continuation flag pattern on short-term charts.

Hence, the ongoing corrective slide – though could get extended further – might still be seen as a buying opportunity. This, in turn, should help limit deeper losses and thus, warrant some caution for aggressive bearish traders. 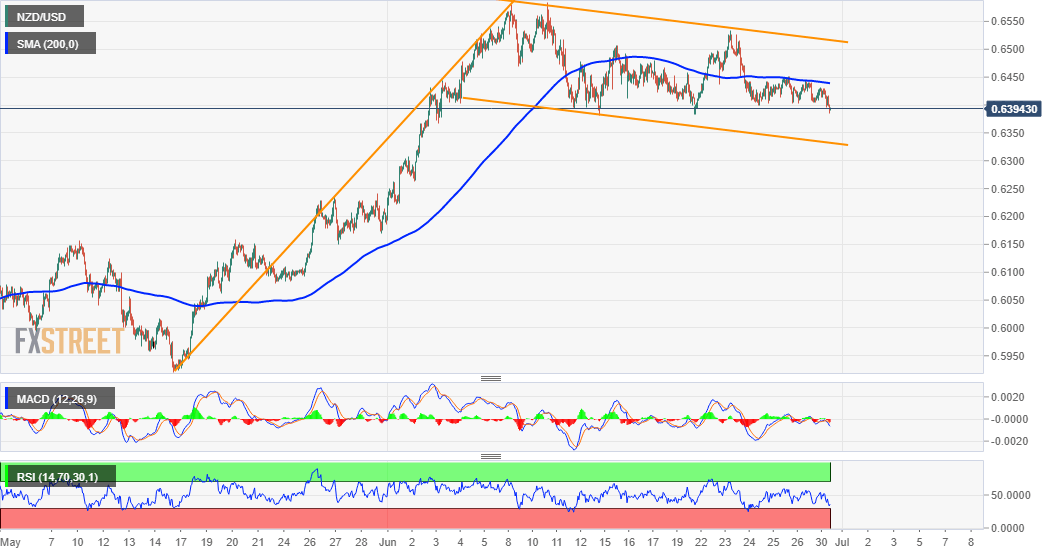