Microsoft, the second-largest company by market capitalization on Wall Street (after Apple) and developer of the operating system known as Windows and the Office suite, is scheduled to report its results for the quarter ended December 2021 on Tuesday, January 25, after the market closes. Zacks forecasts sales for the quarter at $50.32 billion, above the $43.08 billion in the year-ago period (up 16.82%), while the return per share is expected to be $2.29, above the $2.03 in the year-ago quarter (an increase of 12.81%.)

Meanwhile, ahead of next week’s earnings report, Microsoft created a sensation when it announced that it will acquire video game giant Activision Blizzard maker and distributor of popular video games like Call of Duty, World of Warcraft, Diablo and Candy Crush, for $68.7 billion. This will make Microsoft the world’s third-largest gaming company by revenue, behind only Tencent and Sony, and it’s a major bet on its entry into the Metaverse world, with the acquisition following Activision’s woes after 700 employees protested over sexual harassment and discrimination since July 2021. 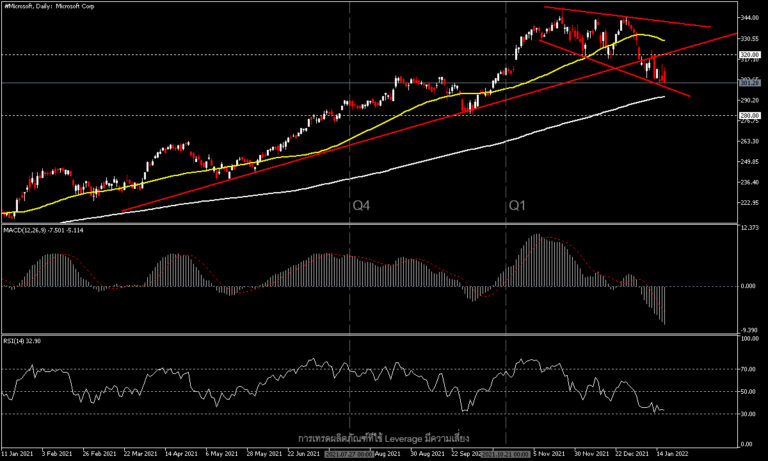 Although the earnings outlook is positive, #Microsoft’s stock price since the beginning of the year until now has dropped more than 10%, a drop in line with the overall market trend, especially in technology stocks. However, the company’s share price is falling near the key support zone at the MA200 line at 293.00; if it can break down there will be next support in the 280.00 zones. Conversely, if the company’s earnings are strong, it may push the company’s share price back to the 320.00 zones again.

Johnson & Johnson, the largest and most diversified healthcare company in the world valued at $437 billion, is another company due to report fourth-quarter results on Monday, January 25, ahead of the market open. Zacks forecasts sales of $25.26 billion, up from $22.48 billion during the same period of the previous year (up 12.37%), while return per share is expected to be $2.12, up from $1.86 in the year-ago quarter (an increase of 13.98%). J&J’s return per share has exceeded Zacks’ expectations in every quarter since Q3 2012, while sales were lower than expected in only 2 of the last 10 quarters.

An interesting move during J&J’s fourth quarter was the change of CEO earlier this month, with Joaquin Duato replacing Alex Gorsky, who has been CEO since 2012, while last November the company announced plans to split J&J into two companies; one that will focus on consumer health. and another that will focus on drugs and medical devices.

J&J didn’t seem to benefit much from the arrival of the Omicron strain in Q4, as the J&J vaccine was not popular in the United States. The proportion of J&J vaccinations is less than 4% of the total number of doses administered in the US, lower than Pfizer or Moderna. 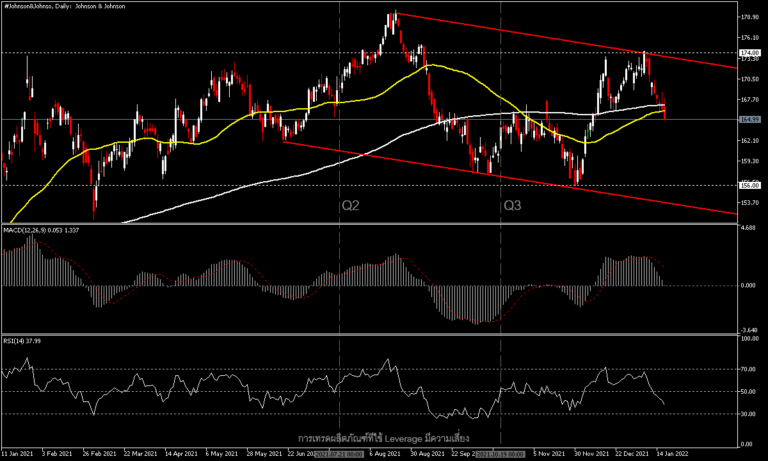