Gold price snaps two days of consecutive losses and climbs, despite broad US dollar strength, courtesy of increasing tensions between Ukraine-Russia. Therefore, investors seeking safety bolstered the yellow metal. At the time of writing, XAU/USD is trading at $1667.70 a troy ounce, above its opening price.

US equities are slightly up, ahead of the Fed’s decision. US Treasury bond yields are retreating from their YTD highs, augmenting the appetite for precious metals, after newswires reported that Russian President Vladimir Putin is preparing to deploy 300K additional troops towards “defending” the regions of Donbas and Luhansk.

Aside from this, traders are laser-focused on the Fed’s decision. The US central bank is widely expected to raise rates by 75 bps, though there’s a slim 18% chance of going for 100 bps. Alongside the monetary policy decision, Fed officials would update the Summary of Economic Projections (SEP), which would shed some light regarding US growth, unemployment rate, and inflation measures.

Additionally, in the so-called “dot-plot,” the eighteen policymakers delineate the Federal funds rate (FFR) for the foreseeable future. Most economists are expecting a hawkish tilt towards finishing 2022 at around the 3.75-4% range and, by 2023, to move towards the 4-4.50% area.

Of late, as reported by Reuters, the US 2-year Treasury bond yield surpassed the 4% threshold for the first time since 2007, displaying expectations of an aggressive Fed.

Later, the US economic docket will feature the US Federal Reserve monetary policy decision at 18:00 GMT, followed by Chair Jerome Powell’s press conference at 18:30 GMT.

From a technical analysis perspective, XAU/USD daily chart illustrates the pair as downward biased. However, it should be noted that as price action reached lower lows, the Relative Strength Index (RSI) did the opposite. This means that a positive divergence might be forming. However, gold’s early gains are mainly attributed to Putin’s commentary, meaning that once the Fed’s decision crosses newswires, the noise would dissipate, giving a clear look of the yellow metal price action. 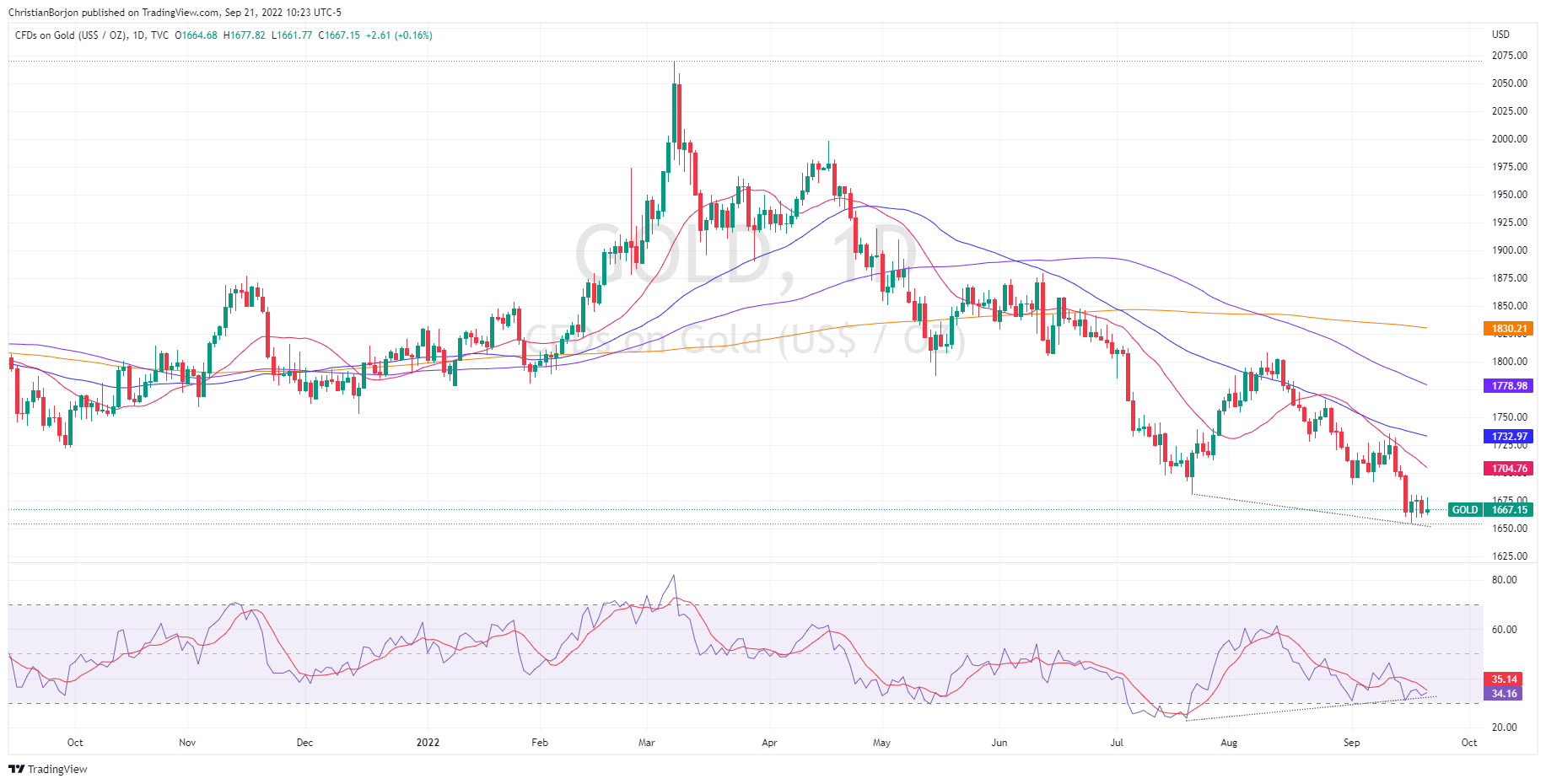