Gold Price extended its recovery beyond $1,850 on Thursday after having registered daily gains on Wednesday. XAUUSD paid no attention to rising US Treasury bond yields mid-week and took advantage of the broad-based selling pressure surrounding the euro and the British pound.

The fact that gold managed to reclaim the critical 200-day SMA shows that buyers remain interested. Friday's May jobs report from the US could ramp up the market volatility ahead of the weekend. Meanwhile, the renewed dollar weakness on Thursday amid mixed data releases from the US help XAU/USD keep its footing.

The monthly report published by the ADP showed on Thursday that private-sector employment in the United States rose by 128,000 in May, compared to the market forecast of 300,000. April's reading of 247,000 got revised lower to 202,000, Commenting on the data, “the job growth rate of hiring has tempered across all industries, while small businesses remain a source of concern as they struggle to keep up with larger firms that have been booming as of late," said Nela Richardson, chief economist at ADP. On the other hand, the US Bureau of Labor Statistics (BLS) reported that Unit Labor Costs increased by 12.6% in the first quarter following the 11.6% jump recorded in the previous quarter.

Comments from Fed officials provided a boost to the US Treasury bond yields on Wednesday and the dollar outperformed its rivals. St. Louis Federal Reserve Bank President James Bullard said on Wednesday that he was sceptical about recession probabilities. On a similar note, Richmond Fed President Thomas Barkin told Fox Business that the latest data or the actions of business executives were not suggesting that the economy was moving toward a recession. In addition to these remarks, the Fed's balance sheet reduction started on June 1st, allowing the 10-year yield to climb to the 2.9% area. 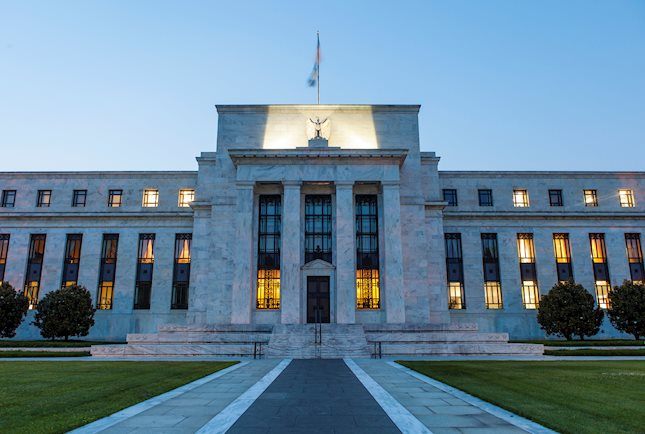 Nevertheless, XAUUSD stayed relatively resilient despite rising yields. XAUEUR and XAUGBP pairs both gained more than 1% on Wednesday, revealing that gold was able to capture some of the capital outflows out of the euro and the British pound. The European Central Bank (ECB) and the Bank of England (BOE) face a tough balancing act as the worsening economic outlook alongside high inflation causes policymakers to reassess how they should approach policy tightening moving forward.

The BLS will release the Nonfarm Payrolls (NFP) data for May on Friday. Markets expect payrolls to rise by 325,000 following April's increase of 428,000. Unless the headline NFP print offers a big negative surprise, investors are likely to react to the wage inflation data. On a yearly basis, Average Hourly Earnings are forecast to arrive at 5.2%, down from 5.5% recorded in April. The Fed grows increasingly concerned about wage growth feeding into consumer inflation. In case the US job report shows an improvement in the Labor Force Participation Rate and a retreat in wage inflation, the dollar could come under selling pressure and open the door for additional gold gains and vice versa.

On the downside, a daily close below $1,840 could be seen as a significant bearish development and attract sellers. In that case, additional losses toward $1,830 (June 1 low) and $1,810 (the end-point of the downtrend) could be witnessed.

Meanwhile, the Relative Strength Index (RSI) indicator on the daily chart recovered toward 50, suggesting that gold sellers remain on the sidelines for the time being.